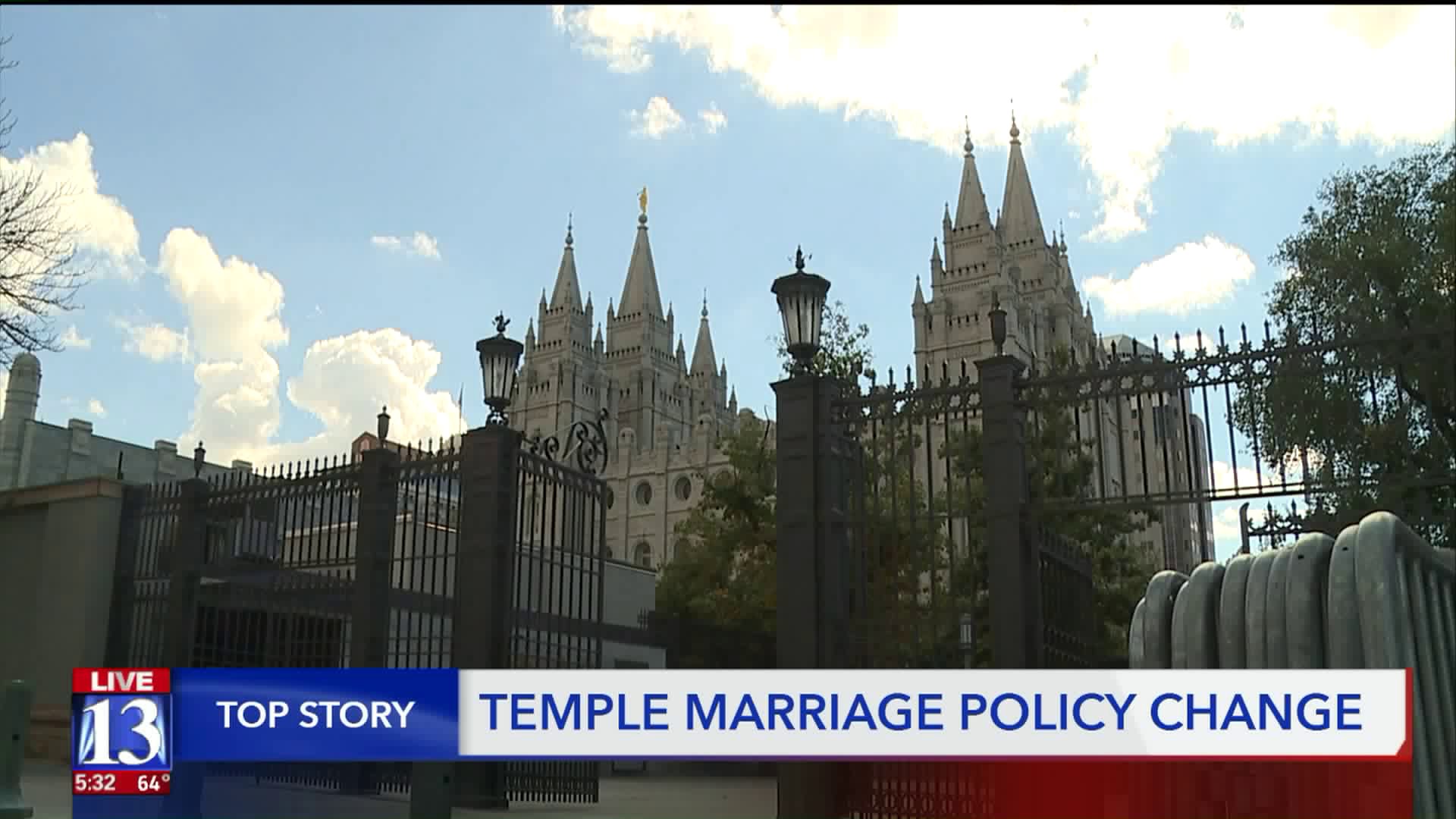 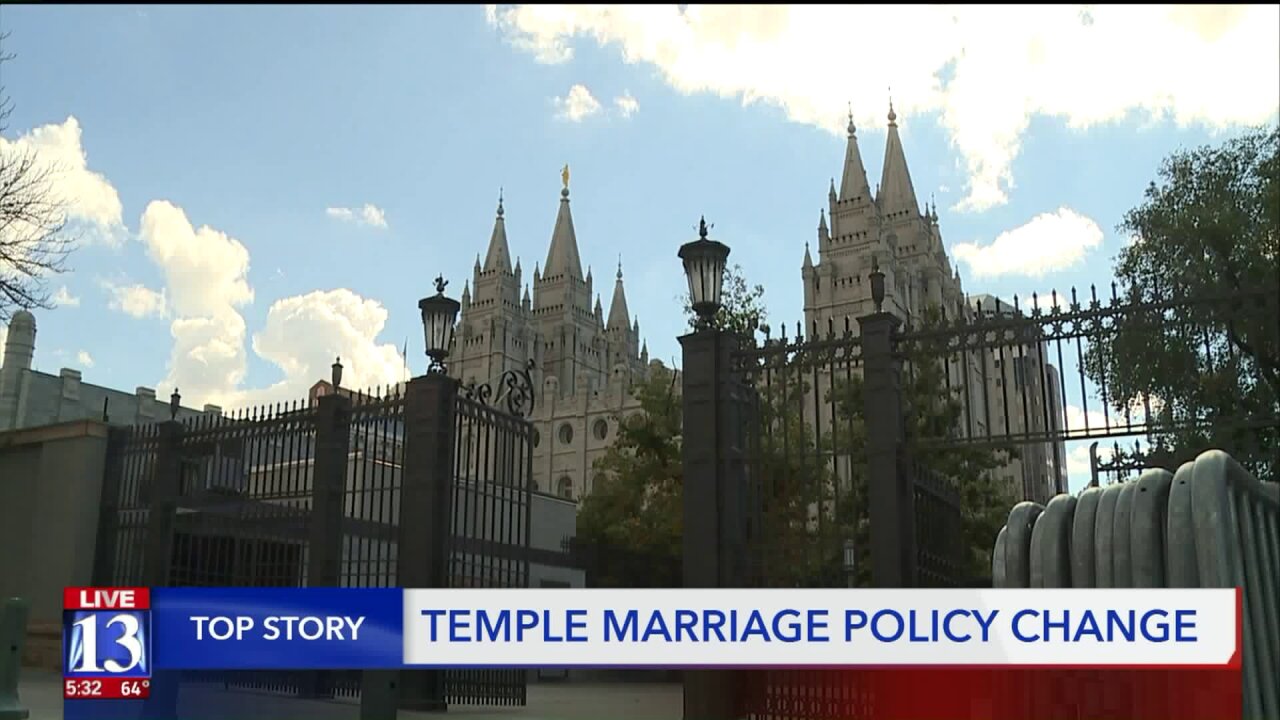 SALT LAKE CITY -- The Church of Jesus Christ of Latter-day Saints has announced a shift in their policy regarding civil and temple marriages.

According to a news release issued Monday, Latter-day Saint couples who marry in a civil ceremony are now eligible to be married or sealed in a temple as soon as they are able.

Under the previous policy, Latter-day Saints in some areas of the world who married in civil ceremonies were required to wait one year before participating in temple ceremonies.

That's good news for parents who otherwise couldn't see their own child's wedding.

“It’s heartbreaking you don’t get to see that part of it," said Joelle Marriman who missed seeing her oldest daughter married in the Payson temple. “Sometimes children have to choose between pleasing their parents and church. Now they don’t have to and I love that.”

The change announced Monday unifies the faith with a single standard for such proceedings. The new policy has been the standard practice in "more than half the countries where the worldwide faith resides" the release states. The prior mix was a result of countries that required couples to marry civilly before engaging in a religious marriage ceremony.

“Where possible, leaders should encourage couples to be both married and sealed in the temple,” says a First Presidency letter to Church leaders around the world. “Where a licensed marriage is not permitted in the temple, or when a temple marriage would cause parents or immediate family members to feel excluded, a civil ceremony followed by a temple sealing is authorized.”