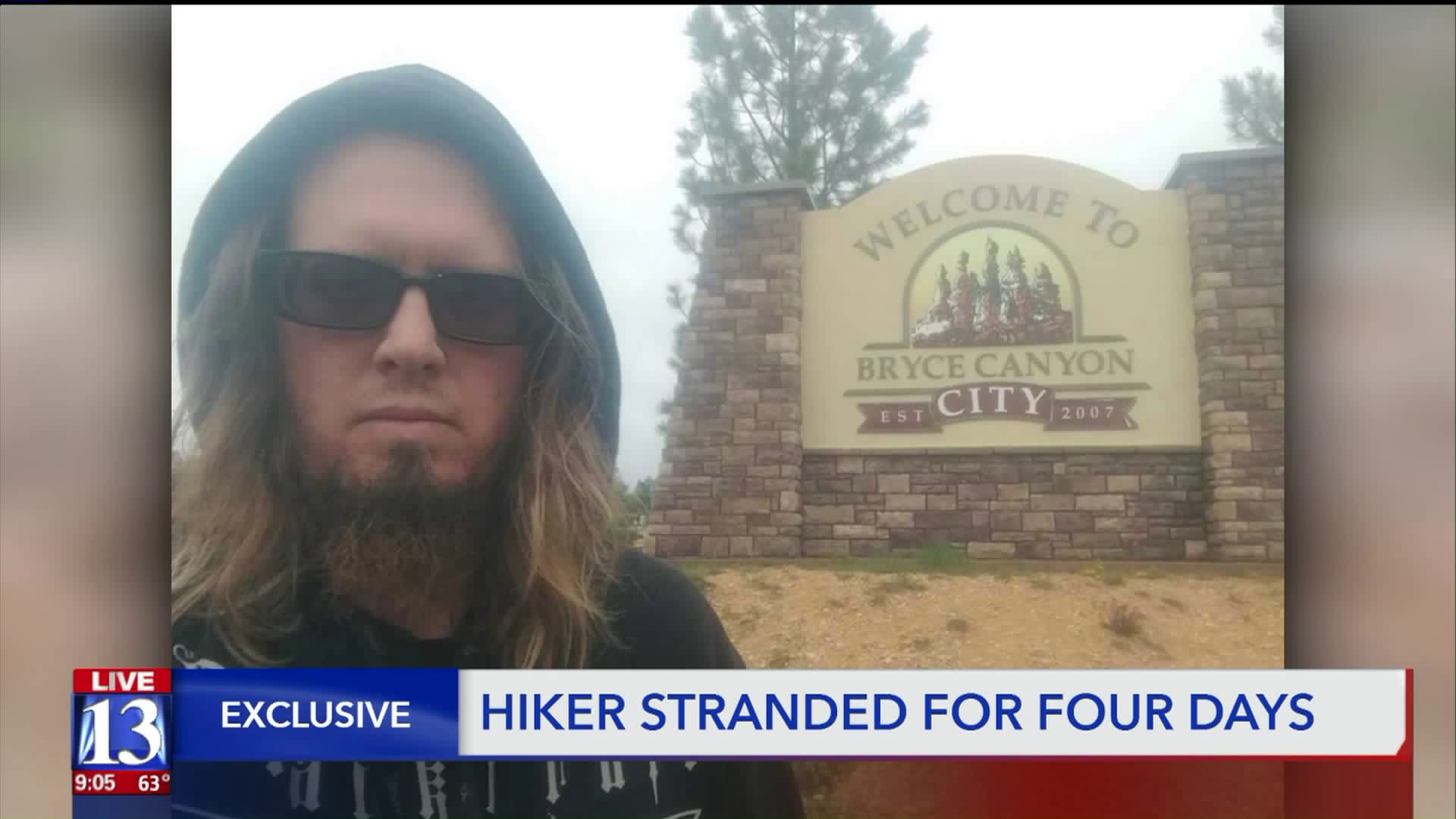 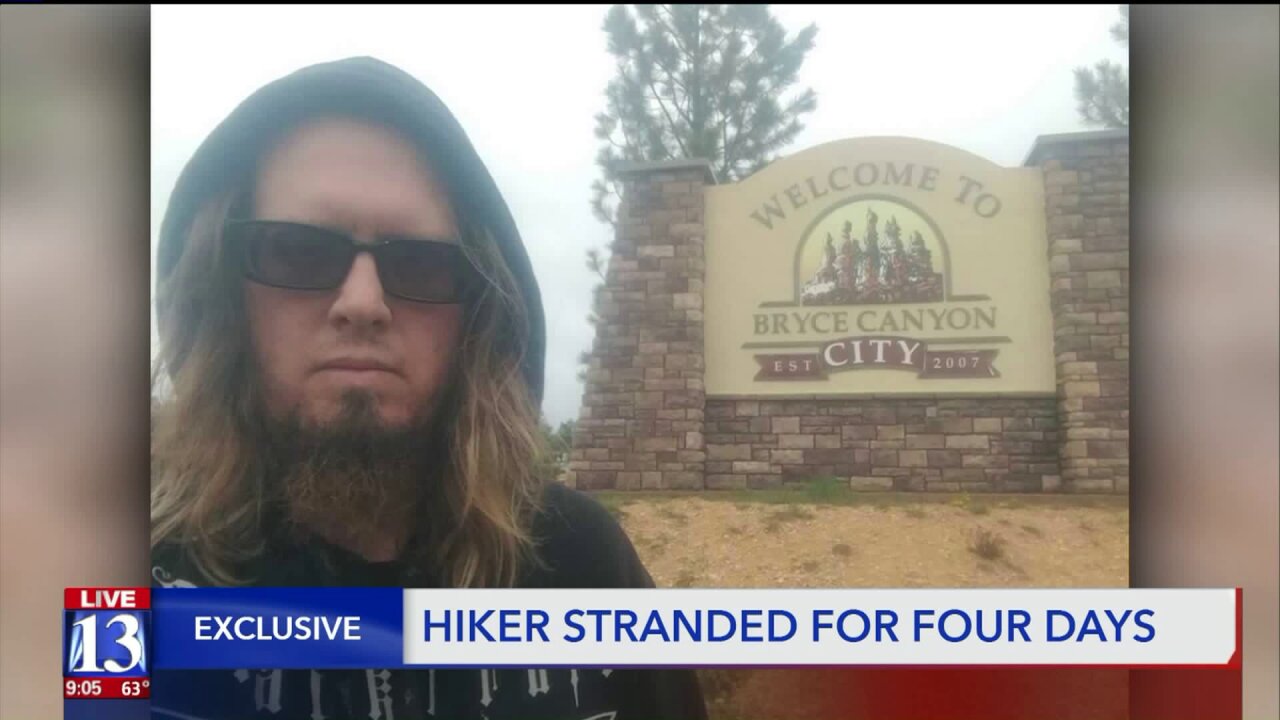 BRYCE CANYON, Utah – What was supposed to be a two-hour hike at a Utah national park, turned into a four day struggle for survival that the hiker was nowhere near prepared for - now he wants to thank the men who saved his life.

Like many others before him, John Wiersema hit the trails in Bryce Canyon National Park looking for an adventure.

“Go for a short hike and just enjoy the weather and enjoy the scenery,” Wiersema said.

He embarked on his two-hour hike last Monday, April 29 – it quickly turned into more than he bargained for.

“I just started wandering off and I thought, ‘Okay, as long as I keep following as fairly straight of a path as possible, I’ll be okay,’” Wiersema said. “The next thing I know it’s dark and I’m completely lost.”

John found cover and settled in. He figured he could easily tough out a night in the woods, wearing only shorts and a sweatshirt.

“I woke up Tuesday morning thinking, ‘Okay, this was just kind of a small setback,’” Wiersema said.

He started walking, but with each turn, he got more lost.

“I had a map with me, but a map only works if you know where you’re going,” he said.

“I thought that I was going to die down there,” Wiersema said.

Lost in a sea of crimson-colored hoodoos with no water, no food and no cellphone service.

He did what he could to survive, eating pine needles and drinking out of a stream that he made sure he always returned to, no matter how many miles he had walked.

“I was ready to just lay my head down and accept my fate,” he said.

But just as he was giving up hope, the impossible happened.

“I wasn’t sure when I first heard their voices if I was really hearing human voices,” Wiersema said describing the auditory hallucinations he began to experience alongside the sleep deprivation, severe dehydration, physical exhaustion and hunger.

“When I saw them and realized it was humans, it was the most overwhelmingly positive thing that I’ve experienced in a long time,” he said smiling.

John caught the attention of three men, a father, grandfather and son, who were on horseback.

“The father just jumped off his horse, got me on his horse and his son gave me a bottle of Powerade they were extremely nice,” Wiersema said.

Those three strangers brought John back to their car. That’s where Garfield County Search and Rescue was able to find him and call an ambulance.

“Once I got to the hospital, they gave me a pork loin and I never knew I could just die over a pork loin,” John said with a laugh.

John was released from the hospital over the weekend after being treated for severe dehydration. He said he is still recovering, but he knows he wouldn’t be alive had it not been for the men on horseback and the search and rescue crews that came looking for him.

“Thank you for saving my life,” John said.

John said next time he goes hiking, he will bring his supplies no matter what.