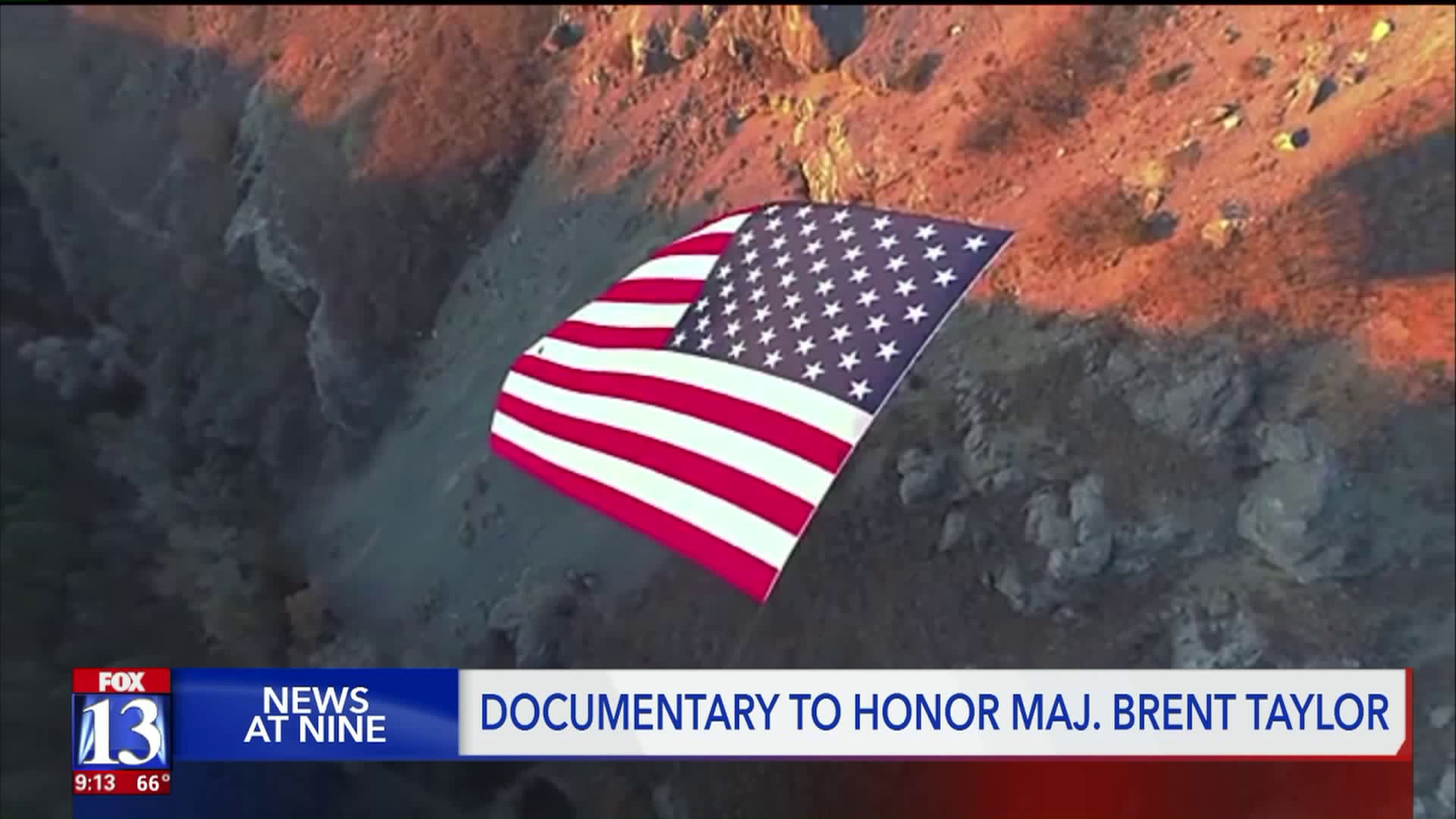 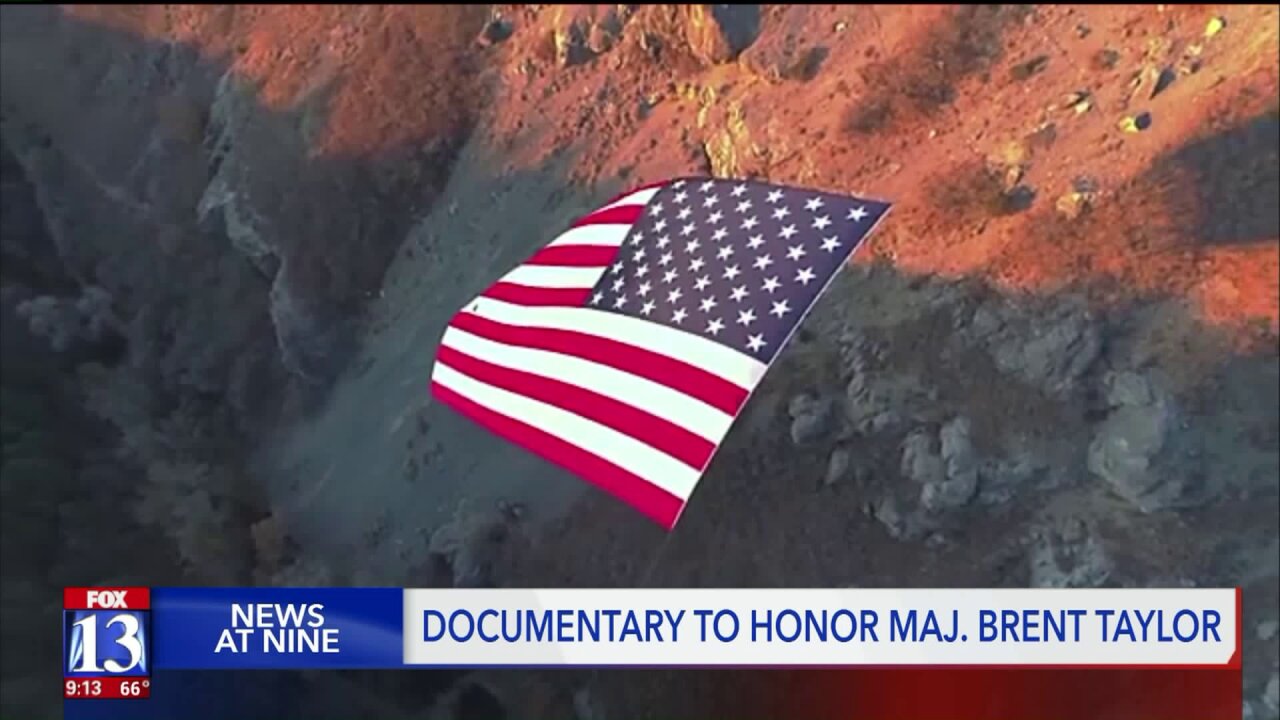 Major Taylor was the Mayor of North Ogden but was killed November 3, 2018 while on duty in Kabul, Afghanistan.

The documentary tells the story of efforts to honor Taylor and his family throughout the week around Veterans Day last year.

It documents what went into flying a giant flag over the North Ogden community and what the volunteers did for Taylor's wife, Jennie.

The documentary captures the respect and love Taylor's Company, known as Team Scorpion, had for Taylor.

"They made this in Afghanistan," Major Taylor's friend Kirk Chugg said. "Sent it to us and today we presented it to the Taylor family.”

The documentary is full of never-before seen video of the hanging of the flag.

"It’s 13 feet long by 84 inches tall when it’s folded that way and it’s just larger than life when you’re standing next to it," Chugg said. "And you think that this is a flag that has been folded the correct way.”

The flag called, "The Major," was on display for the first time Saturday.

It will fly in Coldwater Canyon every year between Election Day and Veterans Day.

Organizers hope the flag prompts people to go to the polls, which was one of the rights Major Taylor died fighting for.

"We hope that reminds everybody to vote, which Brent was huge on and which we all need to exercise our right to vote.”