Fatal rollover crash on I-15 near Nephi 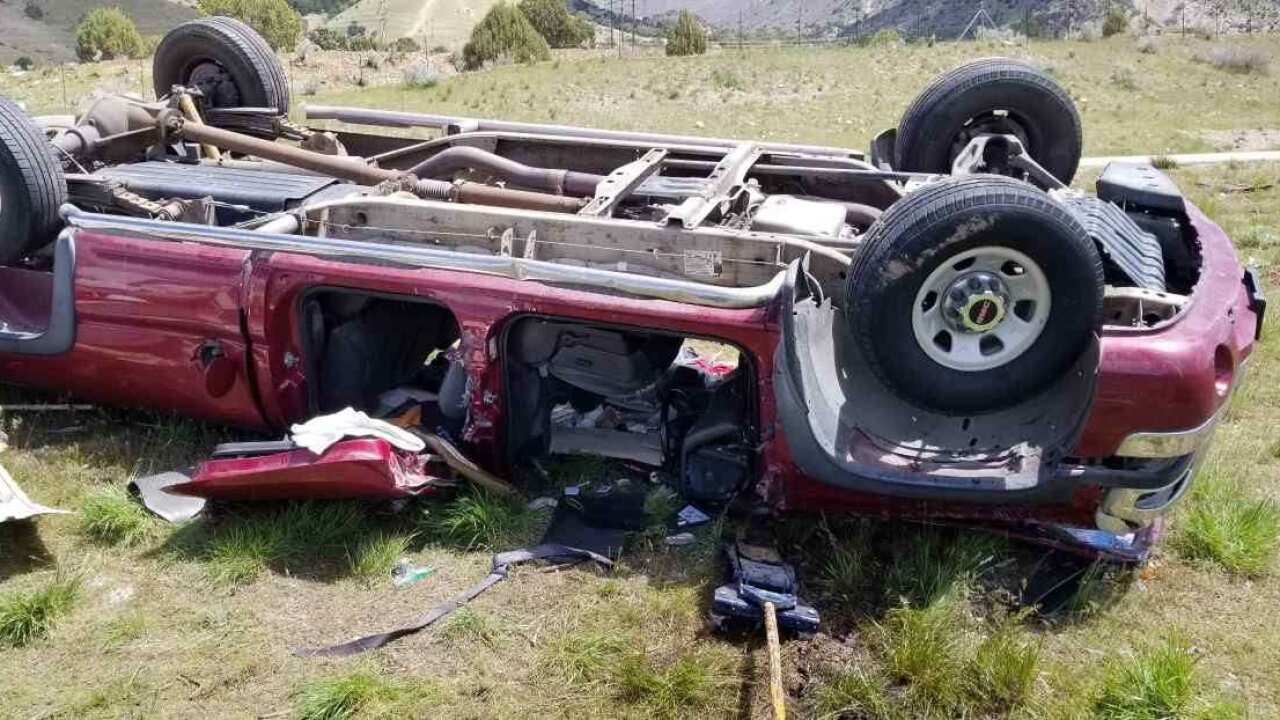 UHP was notified of the crash near milepost 227 just after noon Thursday.

A crew cab GMC truck was pulling a loaded trailer that had a Toyota Camry in tow behind it, according to UHP.

The truck began to sway and the driver lost control due to the speed and load configuration, police said.

The driver swerved to the right and then crashed into the median; he suffered head and neck injuries and died as a result of the crash.

A female passenger was transported to Central Valley Medical Center and is in stable condition with non-life threatening injuries.

UHP said both occupants were wearing seat belts at the time of the crash.