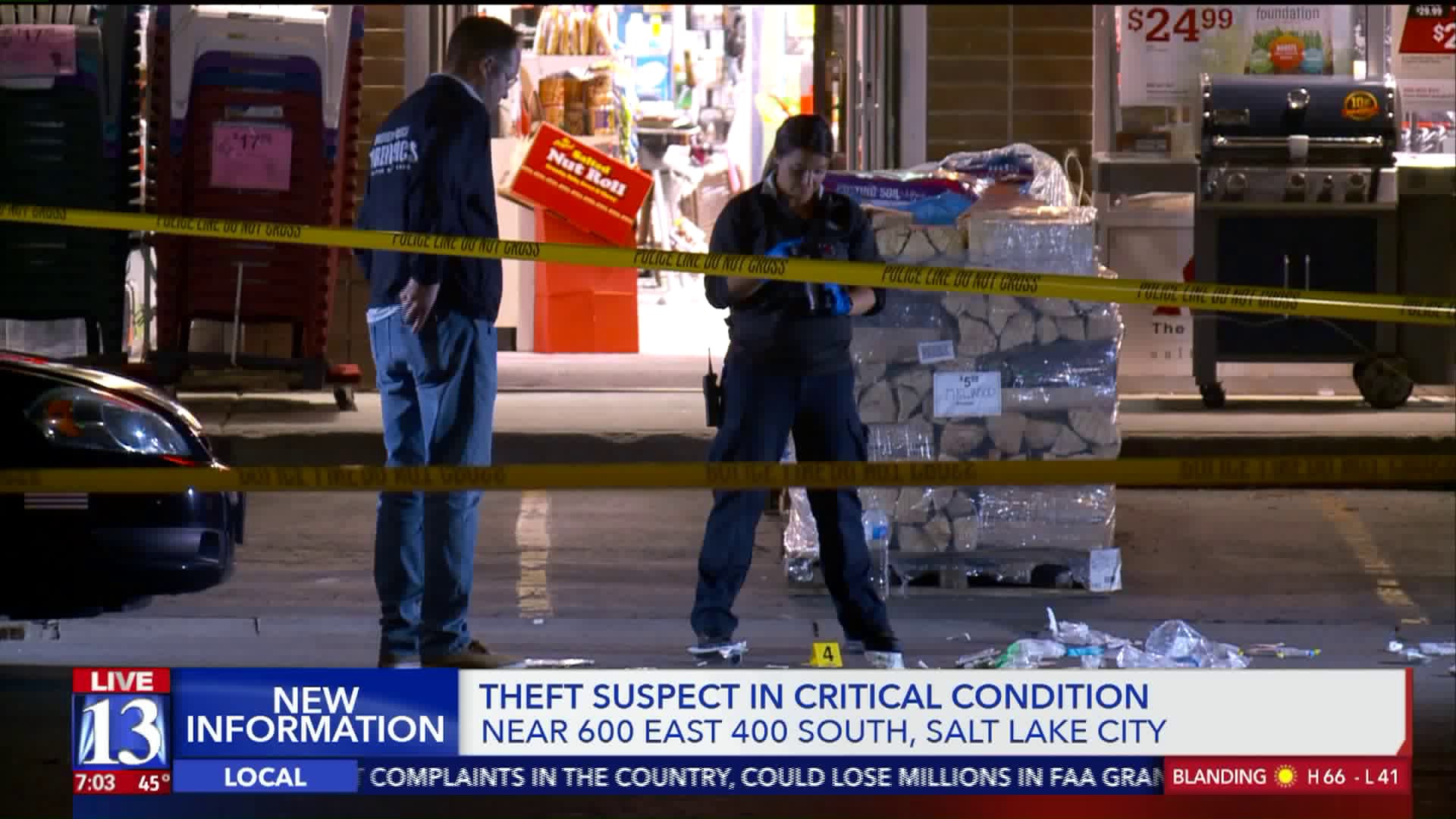 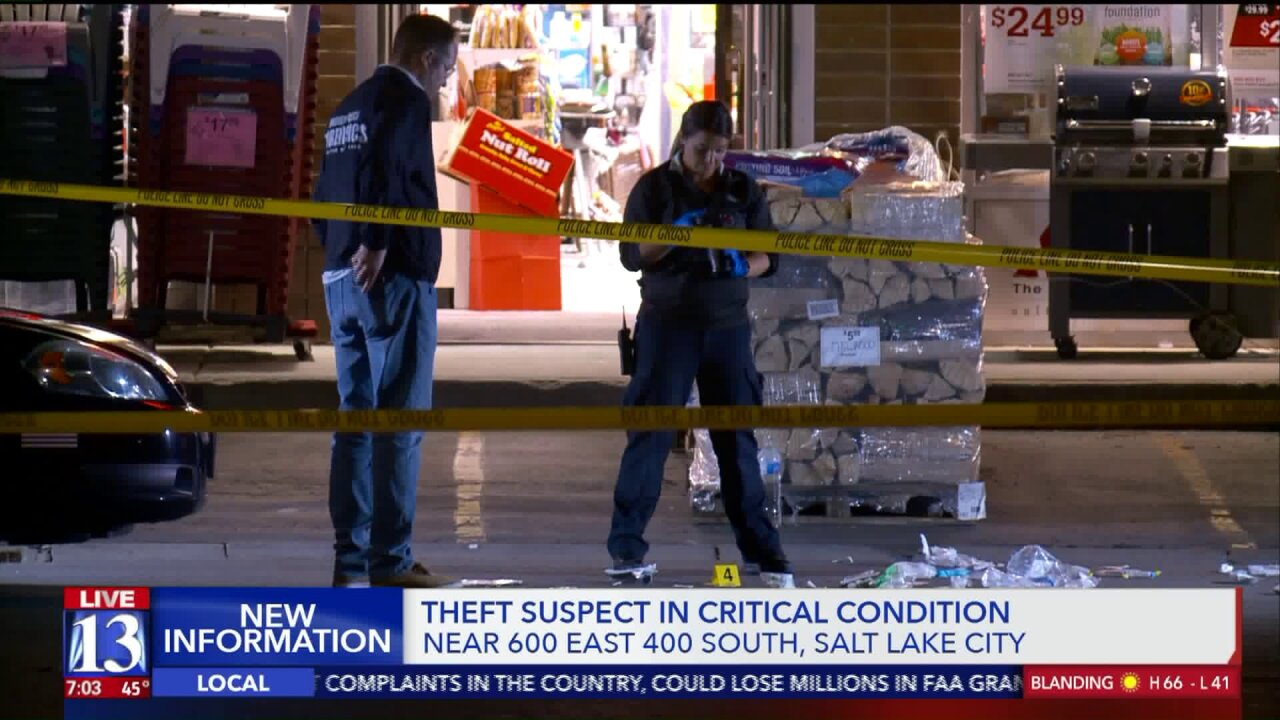 SALT LAKE CITY – A man in his 20s accused of shoplifting at an Ace Hardware Store is in critical, unstable condition after two employees and two witnesses tackled him in the store parking lot just after 7 p.m. Thursday, police said.

According to Salt Lake City Police, the five people were struggling with one another when police arrived at the store, which is near 400 South and 600 East.

Those employees and bystanders had caught up with the man in a parking lot and tackled him, police said. Some sort of struggle ensued. Police arrived and found the man on the ground, and they handcuffed him.

That’s when officers realized he was already in bad shape.

“Officers immediately noticed at that time that the individual was having some medical issues from being detained by those witnesses, we believe, and at that point we immediately called for medical and began doing CPR on that individual,” Det. Michael Ruff of Salt Lake City Police said.

The accused shoplifter was taken to a hospital in critical condition. The incident is considered an officer involved critical incident because the man was in police custody before being treated by medical personnel.

His identity has not been released.

Unified Police is handling the investigation, as Utah law requires all officer involved critical incidents to be investigated by an outside agency.