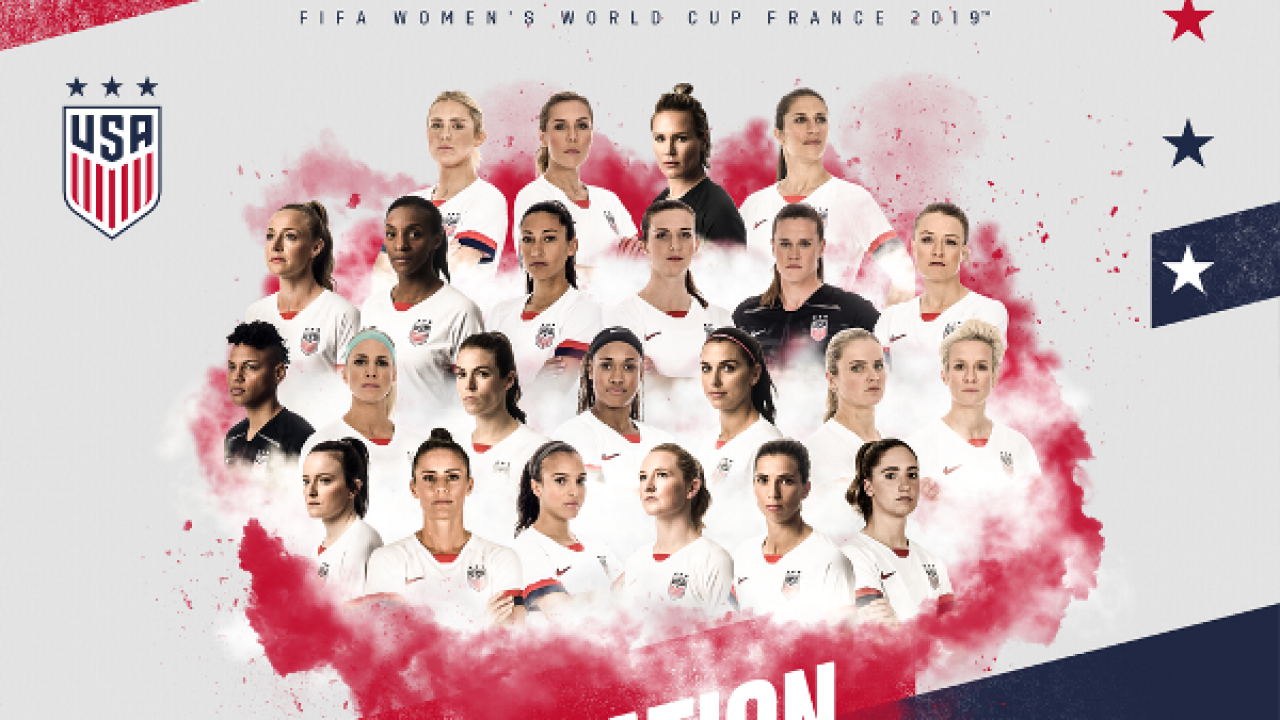 SALT LAKE CITY – Three Utah Royals FC players have been called up to the U.S. national team for the upcoming Women’s World Cup in France, which can be viewed on FOX 13, beginning June 7.

Defenders Kelley O’Hara and Becky Sauerbrunn will be making their third World Cup appearance while forward Christen Press will be appearing in her second World Cup.

“Utah Royals FC are proud when any of our players get called for international duty, but a chance to represent the Stars and Stripes during the World Cup is always a special honor,” Utah Royals FC General Manager Stephanie Lee said. “Congratulations on the honor and reward for their hard work.”

O’Hara has 115 caps and two goals for the national team while Sauerbrunn has 155 caps. Press has scored 47 goals in 113 caps.

“It’s an honor to be named to the World Cup roster and to have another chance to represent the United States to try and bring home a fourth star,” O’Hara said.

The U.S. opens the group stage of the tournament on June 11 against Thailand at 1 p.m. MDT in Reims, France.

Along with Thailand, the U.S. will face Chile on June 16 in Paris and Sweden on June 20 in Le Havre, France, in Group F action.

Teams across the National Women’s Soccer League will be missing players, as eight of the league’s nine teams will lose at least one player.

The Portland Thorns, North Carolina Courage and Chicago Red Stars will each lose four while the Royals and Orlando Pride will lose three. Reign FC and Washington Spirit will be missing two players each while Sky Blue FC will lose one.