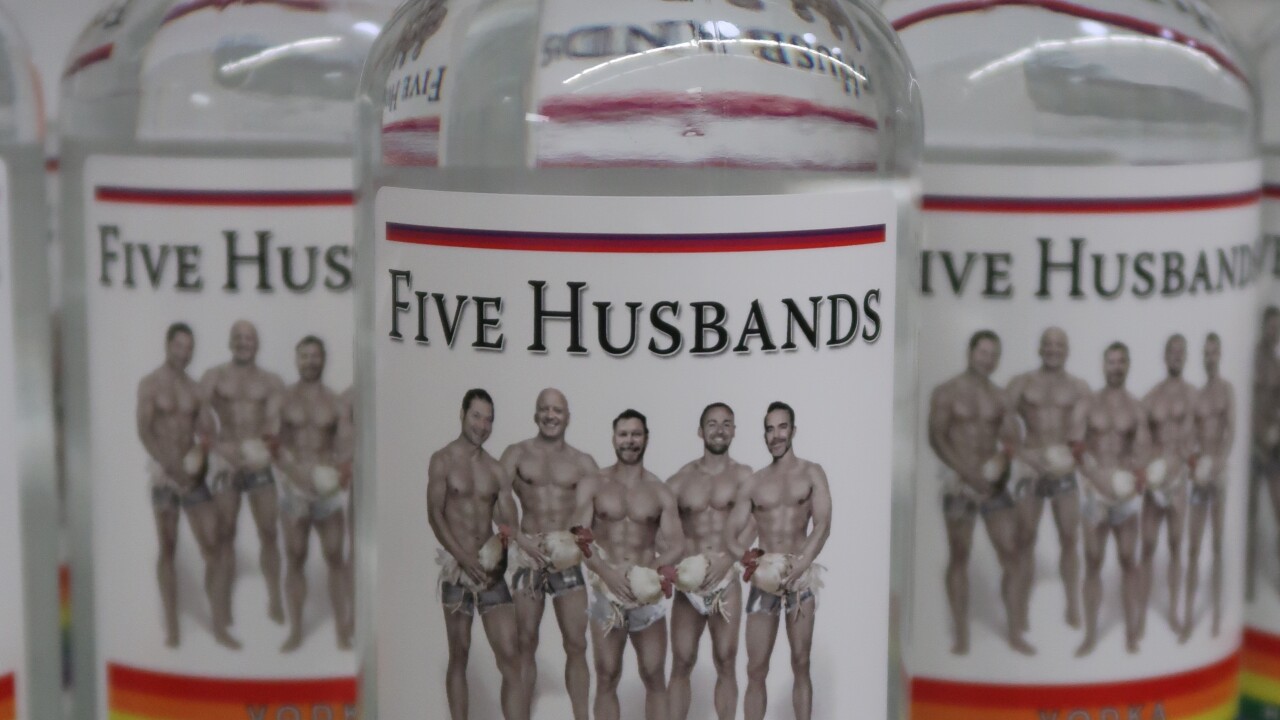 SALT LAKE CITY — Ogden’s Own Distillery, the makers of Five Wives Vodka is rebranding it for the Utah Pride Festival.

In an interview on the “Utah Booze News” podcast produced by FOX 13 and The Salt Lake Tribune, Ogden’s Own owner Steve Conlin unveiled the new label for their vodka, calling it “Five Husbands.”

Featuring beefcake in Daisy Duke shorts clutching roosters, the “Five Husbands” label is a nod to the slightly controversial Five Wives label which features women holding cats. When it was first introduced in 2012, Five Wives was banned from Idaho’s state-run liquor stores because officials there deemed it “offensive.” After threatening a lawsuit, Idaho relented.

Conlin tells “Utah Booze News” that Utah’s Department of Alcoholic Beverage Control did not have the same objections. Five Husbands, with its rooster-and-beefcake imagery will be sold in state-run liquor stores beginning next month and running through June.

Ogden’s Own is also the official liquor sponsor of the Utah Pride Festival, which kicks off in early June.