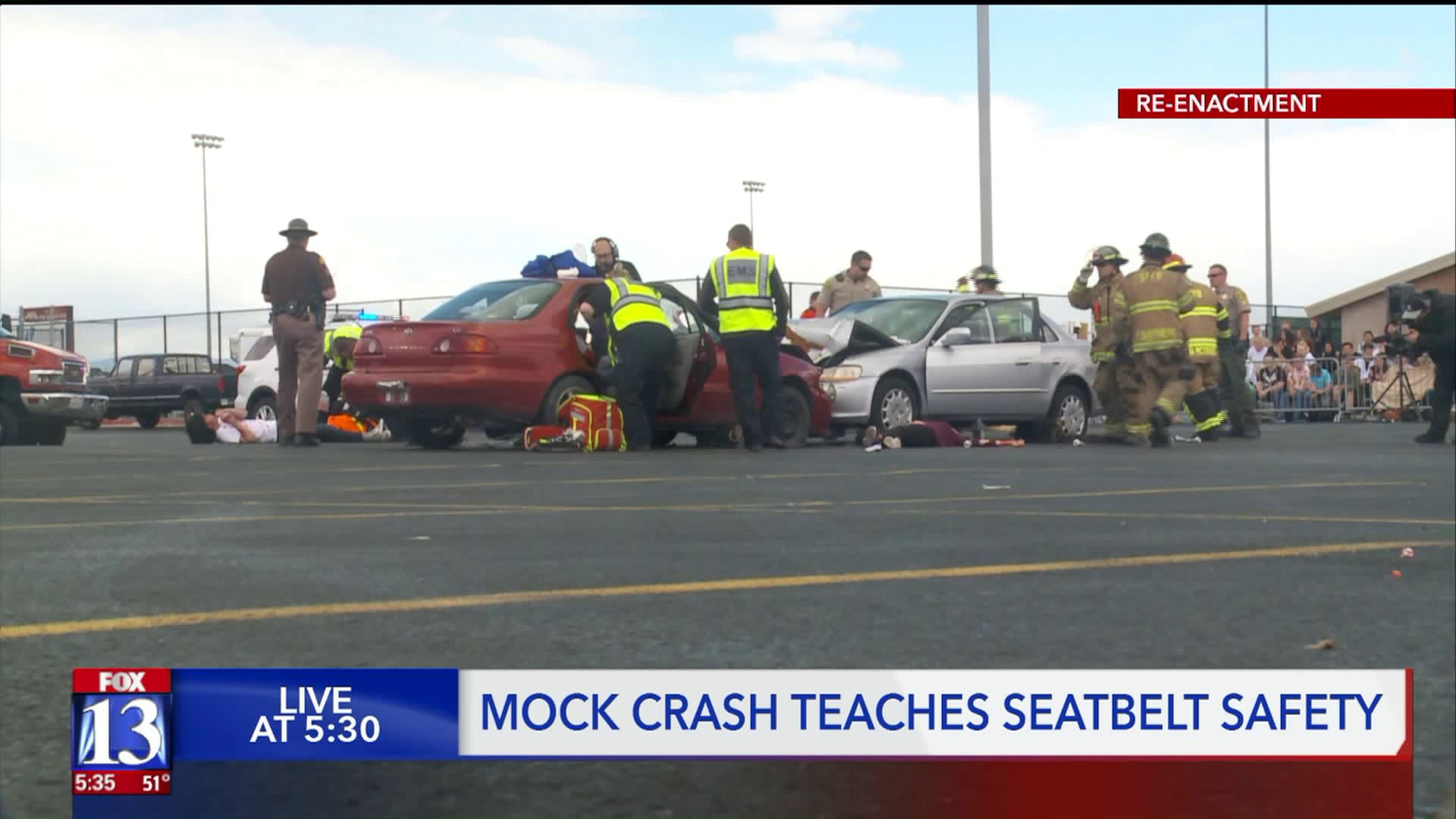 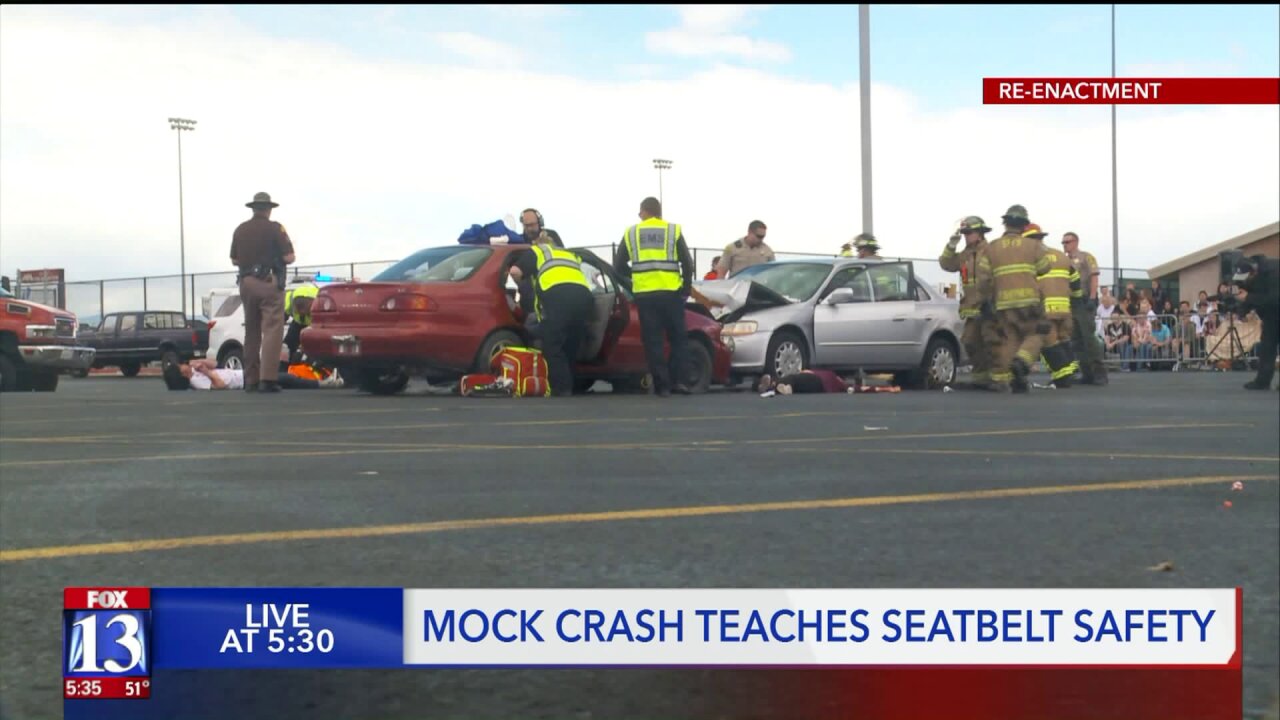 MAPLETON, Utah – A mock crash in Mapleton Wednesday hit close to home because it replicated a real crash that happened almost two years ago, involving a senior at Maple Mountain High School, a day before her graduation.

It’s a heartfelt plea from a heartbroken father.

“She loved people. She's an amazing kid. Couldn't have asked for a better daughter,” Shaw said.

Kathrynn Shaw died in a car accident two years ago on May 22. Police say a 17-year-old boy who was under the influence hit the car Shaw was riding in, killing her almost instantly.

That crash was re-enacted today for students at Maple Mountain High School.

The young woman pretending to be Shaw, Gabi Smith, knew her well. They were on the drill team together.

“When you were around her, she just glowed and like I miss her so much and everybody else does but you can feel she`s here today,” Smith said.

No details were spared as first responders arrived on scene, desperately trying to save these young lives. There was even a funeral.

A painfully realistic exercise designed to teach an important lesson to these impressionable teens.

“It’s so important to drive safe and not drink and buckle your seatbelt because it can mean the difference between life and death,” said Smith.

A lesson Devin Shaw had to learn the hard way.

“It’s going to be a hard day but again if we can save just one person, one person`s life, one family from going through the loss and pain that we have its worth it,” Shaw said.

In the two-car crash two years ago, each vehicle had three teenagers inside, but the other five had their seatbelts on and only suffered minor injuries. Shaw was not wearing hers and was thrown from the car.