BYU valedictorian comes out as gay during his commencement speech 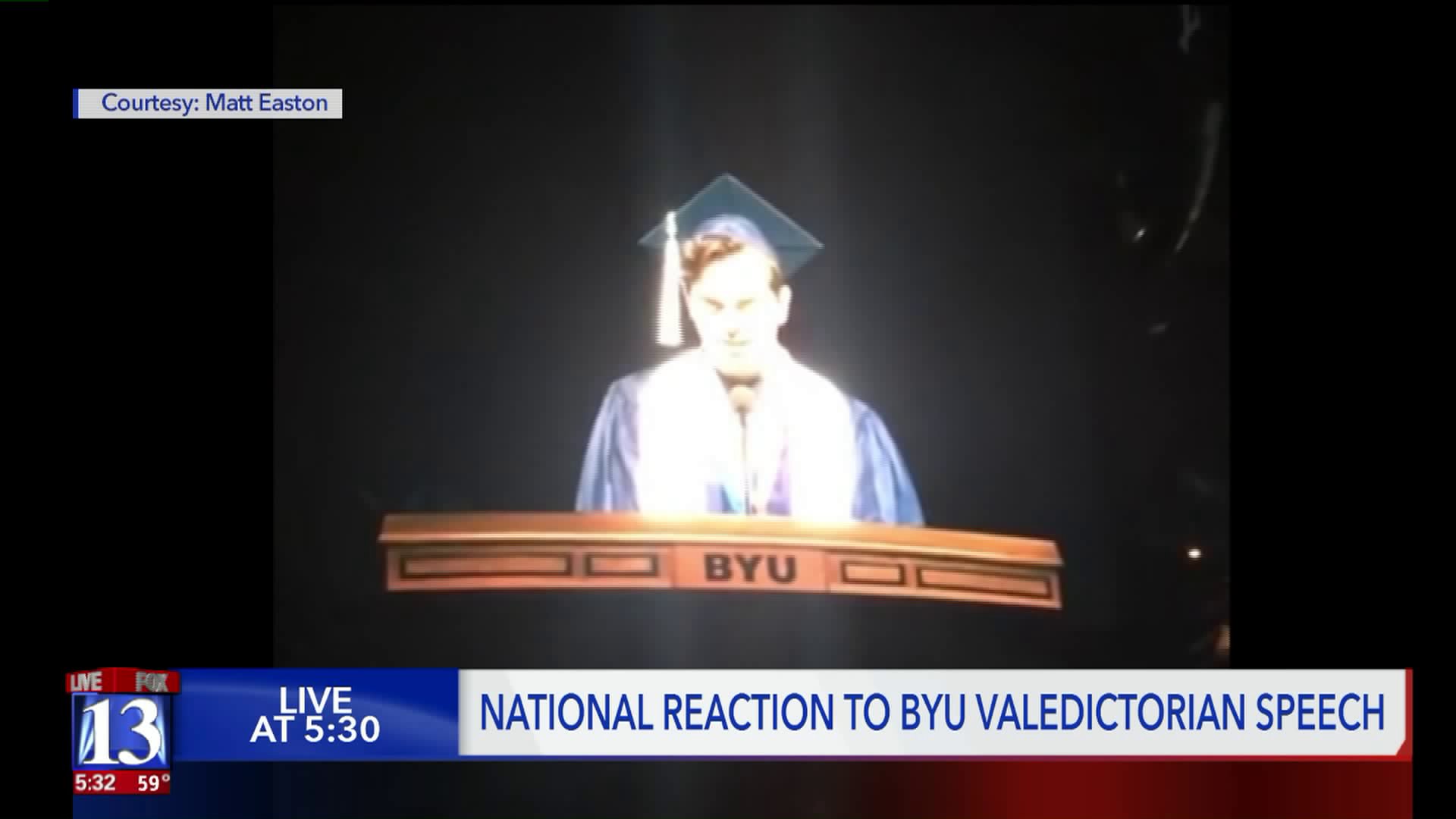 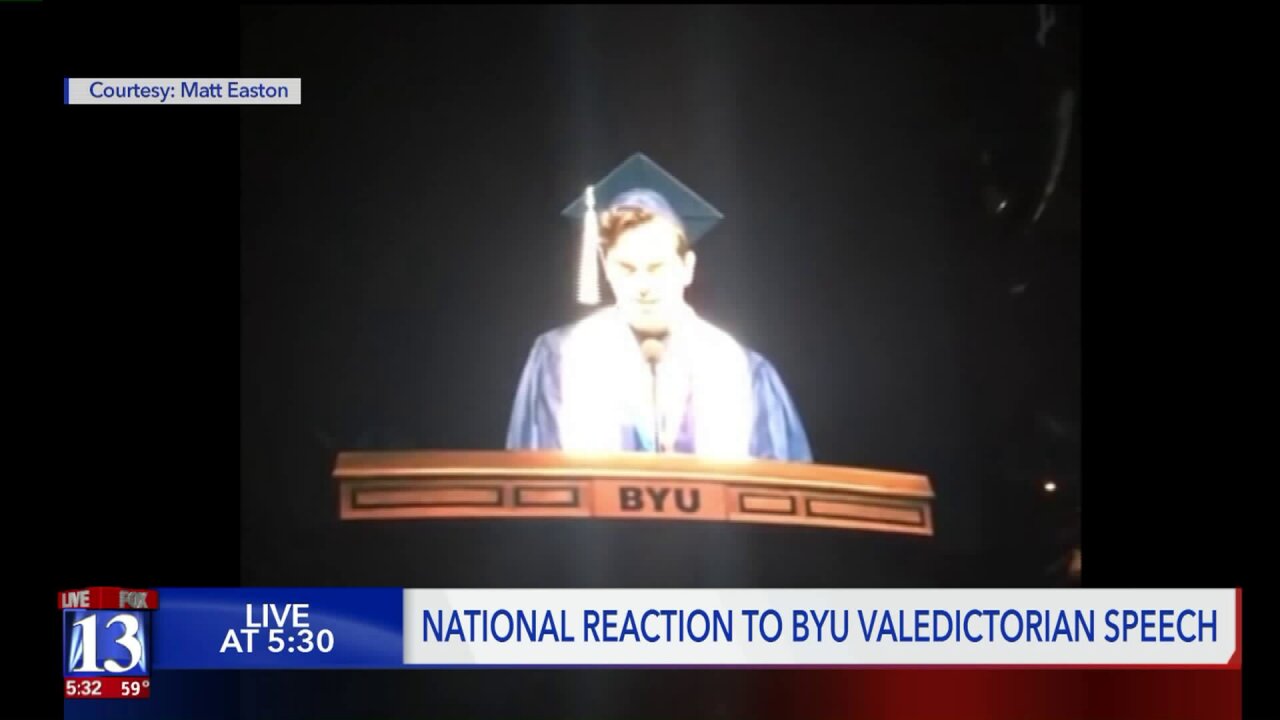 PROVO, Utah —  A Brigham Young University valedictorian is getting nationwide attention for his graduation speech.

Political science valedictorian, Matt Easton, celebrated personal victories during his commencement speech. Among them, surviving a deer attack on campus that required hernia surgery, cherishing his mother who was diagnosed with terminal cancer, and accepting himself as gay.

“I stand before my family, friends, and graduating class today to say I`m proud to be a gay son of God,” Easton said.

The audience cheered as Easton came out publicly for the first time.

“I`m not broken. I`m loved and important in the plan of our great creator. Each of us are,” Easton said.

It’s a powerful statement, especially at BYU, a college owned by the Church of Jesus Christ of Latter-day Saints, which has not always been accepting of members of the LGBTQ community.

“Four years ago, it would have been impossible for me to imagine that I would come out to my entire college. It is a phenomenal feeling and it is a victory for me in and of itself,” Easton said.

Easton’s speech comes on the heels of another public admission involving BYU. Former Cosmo the Cougar mascot, Charlie Bird, recently wrote a deeply personal op-ed about his struggles with being a devout member of the church while also being gay.

“I'm not going to sacrifice my beliefs and my relationship with Christ because I'm gay because I think he knows I'm gay and I think he loves me. I know he does,” Bird said during an interview with Fox13 in February.

Easton’s speech was not only celebrated in the auditorium. On Twitter, people are rallying behind him, including celebrities like Kristin Chenoweth who says, "I'm so very proud of you. As a straight Christian woman, I stand behind you. I say to you: you are loved."

“I have battled and fought in prayer with my maker. It was in these quiet moments of pain and confusion that I felt another triumph. That of coming to terms with not who I thought I should be but who the Lord has made me to be,” Easton said.

Easton also put out a statement on twitter. He said during his time at BYU he slowly came out to close family members and friends but thought it was important to declare it publicly saying, "While I don't speak for everyone, my own experience is all I can vouch for, I hope that people know that we are here at BYU and we're not going anywhere anytime soon."