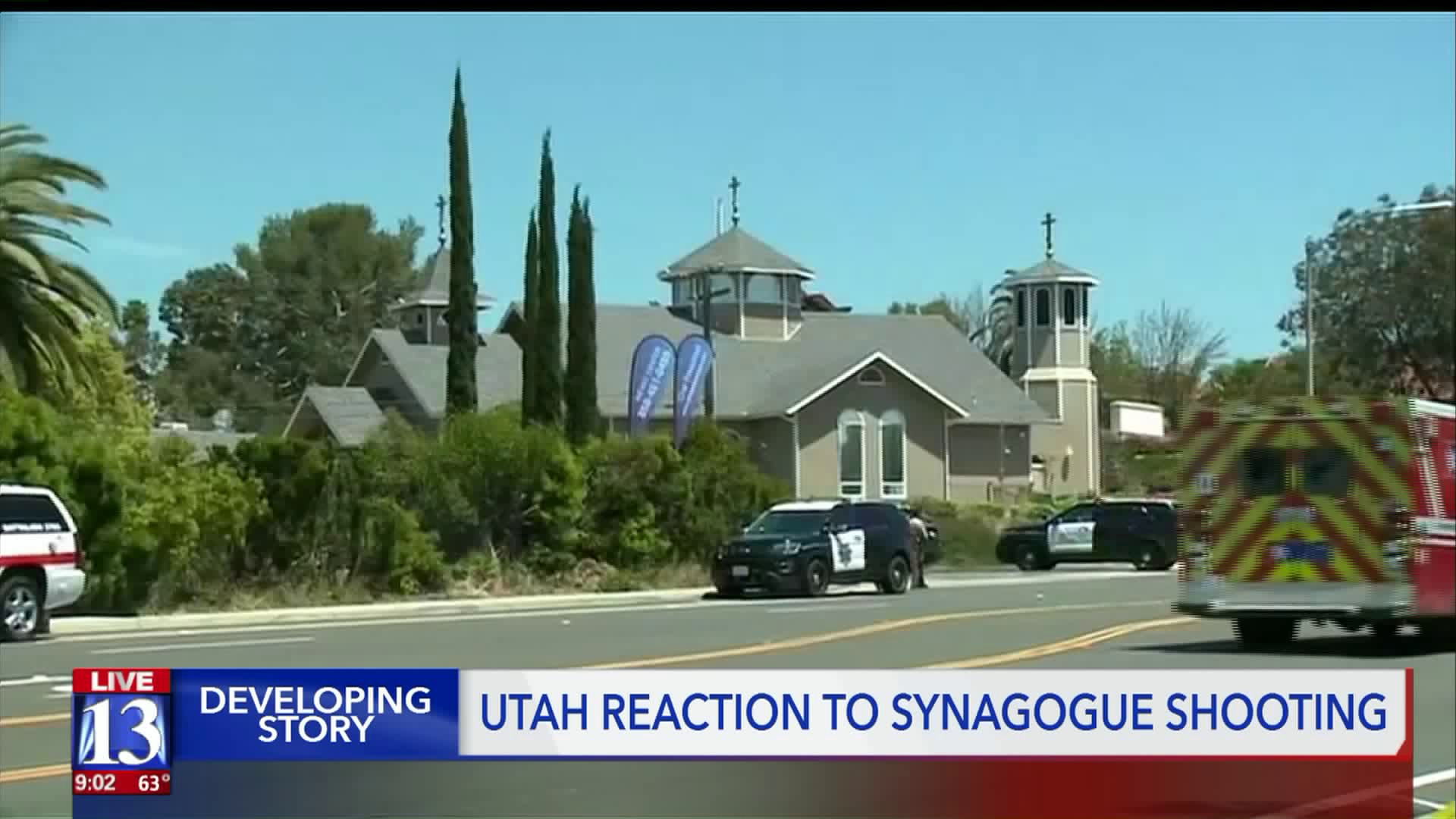 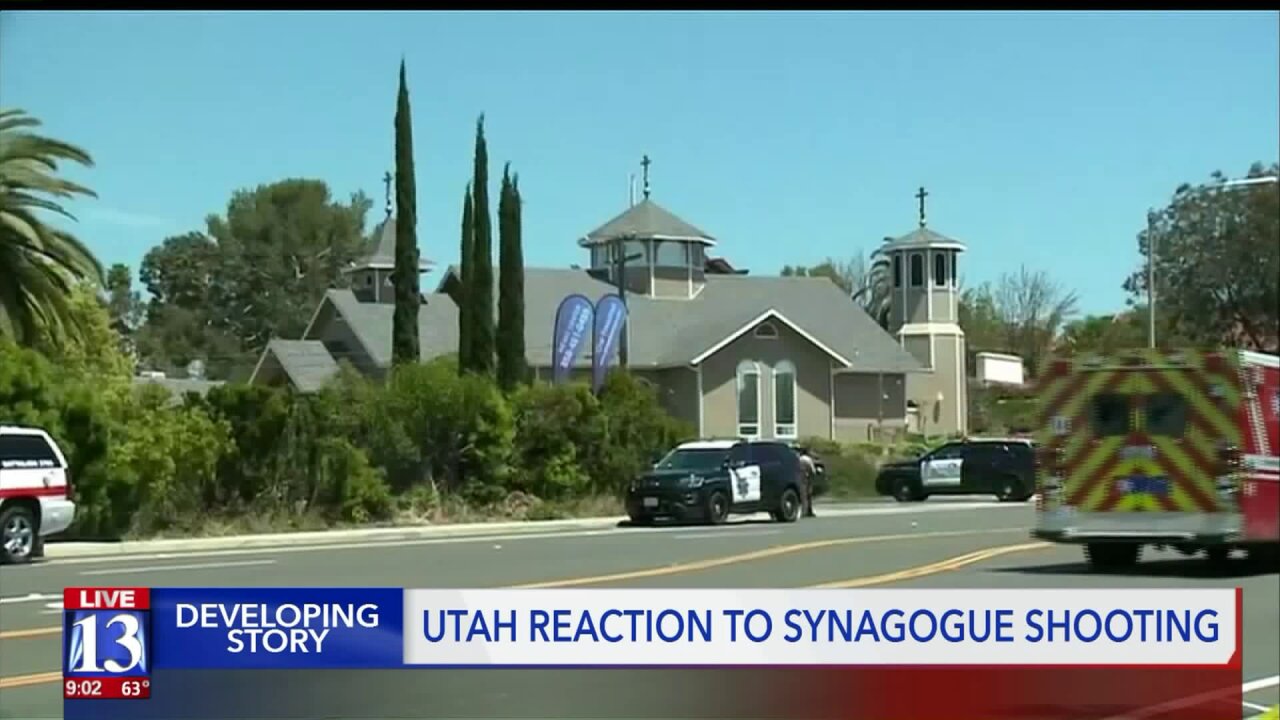 SALT LAKE CITY -- The Utah Jewish Community reacted to the shooting at a synagogue near San Diego Saturday.

One person was killed, three injured, and a 19-year-old man taken into custody.

"I think that communities of faith are on edge and almost expecting things to happen unfortunately," Rabbi Spector said.

The United Jewish Federation of Utah released a statement Saturday night regarding the shooting at the synagogue in Poway, California.

It said it abhors and condemns all acts of violence, but especially hatred based on religion or race.