Cops wouldn’t share their surveillance location in Rio Grande, so an accused drug dealer may get a new trial 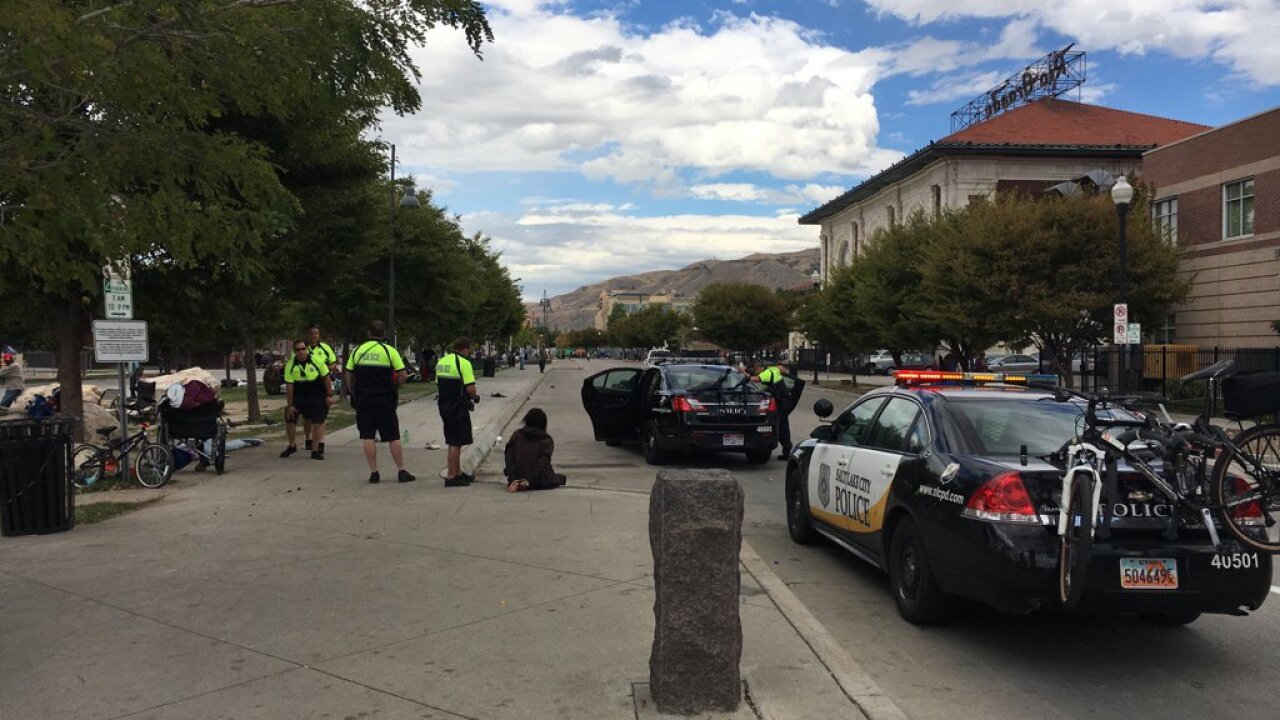 A man is arrested as part of a crackdown in the Rio Grande neighborhood. (Photo by Ben Winslow, FOX 13 News)

SALT LAKE CITY — The Utah Court of Appeals is granting a provisional new trial for a man accused of dealing drugs in the troubled Rio Grande neighborhood after police refused to share their surveillance location.

Adam Zakaria Ahmed was arrested in 2016, accused of dealing drugs outside the downtown homeless shelters. The officer claimed to be 40 feet away in an office building.

“According to the Officer, while standing on a desk and looking through the top of an 8-foot tall window, ‘part[ing] the blinds just enough’ to make room for his binoculars, his attention was drawn to two men—later identified as Ahmed and his cohort, Troy Pace. The Officer observed ‘multiple different individuals’ approach Ahmed and Pace and ‘hand[] them money’ in ‘quick, hand-to-hand transactions and walk away.’ Based on the Officer’s experience and training, he recognized this behavior as being consistent with drug dealing,” Judge Gregory Orme wrote.

When the case went to trial, Ahmed and his attorney asked police to provide the location where the officer conducted the surveillance.

“The State objected and the Officer declined to disclose the information, citing safety concerns. Ahmed argued that his due process rights entitled him to this information,” Judge Orme wrote.

Ahmed argued he was misidentified (including testimony that Pace was the taller of the two) and sought to challenge the officer’s vantage point, Judge Orme wrote. A jury convicted him and Ahmed appealed.

In its ruling, the Utah Court of Appeals did not decide if Ahmed’s Sixth Amendment rights were violated. However, the Court found the trial judge should have required the surveillance location be disclosed to the defense under Utah’s courtroom rules.

“The validity of Ahmed’s conviction hinges on the quality of the surveillance
from the Officer’s vantage point,” Judge Orme wrote

The Court stopped short of reversing Ahmed’s conviction. Instead, it ordered police to disclose the surveillance location to his attorney.

“If having done so, the defense recognizes there is nothing that would undermine the Officer’s testimony, it will so advise the trial court, and Ahmed’s conviction and sentence will simply be reinstated,” the judge wrote. “But if the defense determines that there is substantial reason to believe it can more meaningfully cross-examine the Officer and throw Ahmed’s guilt into doubt based on what it discovers at the surveillance location, the defense can present this evidence to the trial court.”

He could then possibly be granted a new trial.

The case was filed ahead of a massive crackdown on crime in the Rio Grande neighborhood in 2017 that resulted in hundreds of arrests for drug-related crimes surrounding the downtown homeless shelters.