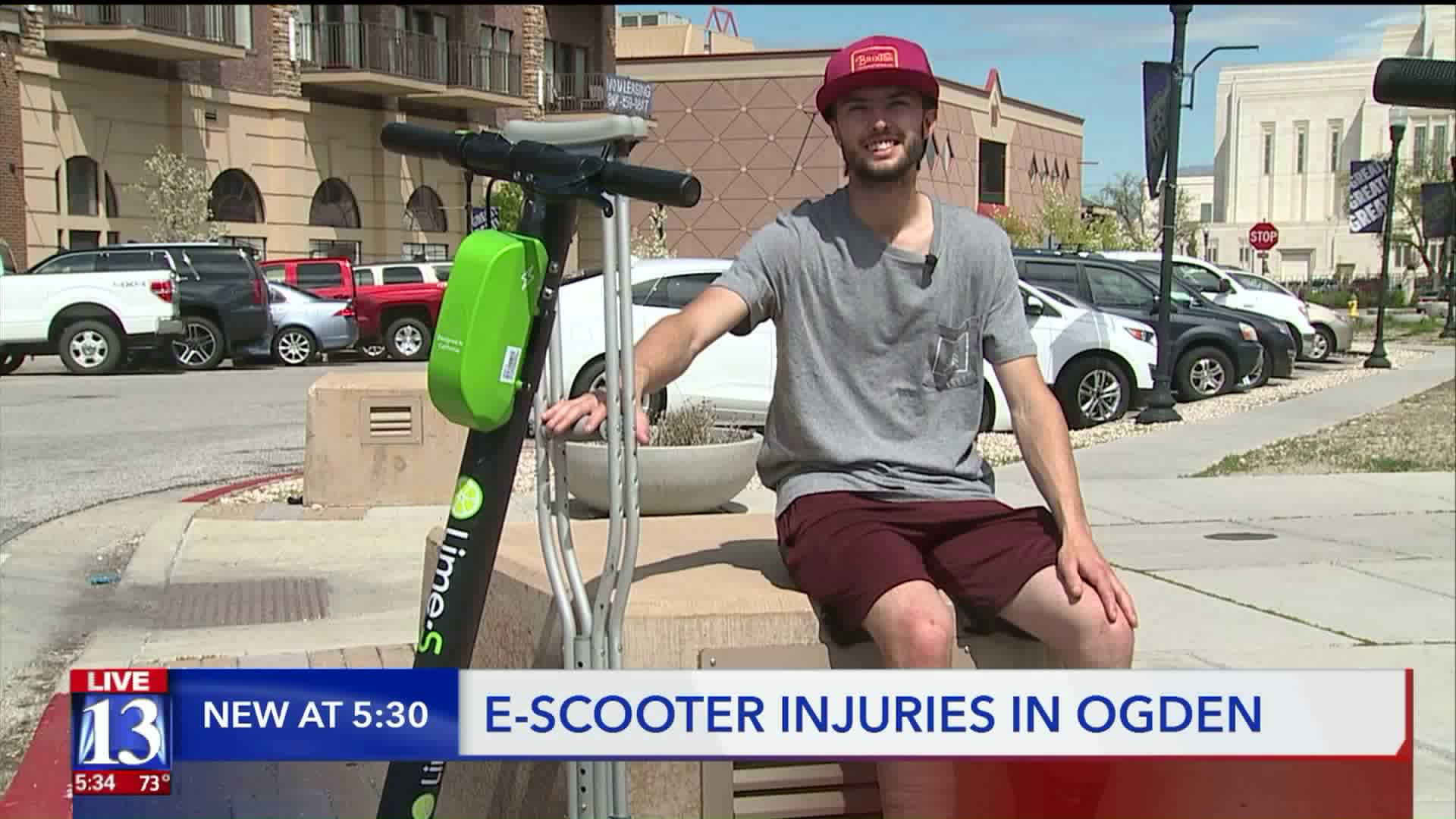 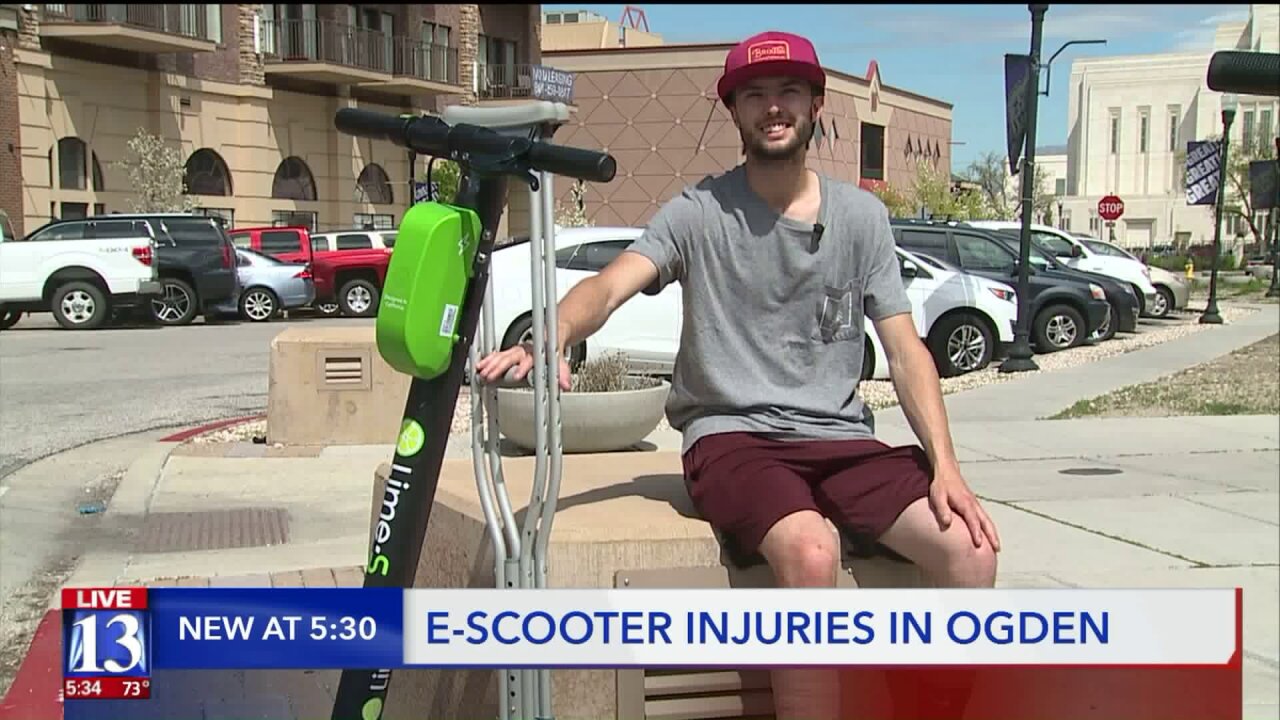 Nathan Westmoreland was among the first to hop on when electric scooters launched in Ogden.

“I was having fun riding around,” Westmoreland said.

Dressed up as the Easter Bunny, several strangers recorded him downtown.

“[It] sounded like this could go good,” Westmoreland said.

The fun came crashing down Monday when Westmoreland severely injured his right ankle.

“At first I didn’t think anything was wrong until I tried putting weight on it and I could flop it around. I was like, ‘Oh, go get my car. I think I just broke my ankle,’” he said.

The 19-year-old underwent surgery to get a metal plate and two screws put into his ankle. He’s off scooters – and everything else – for at least two and a half months.

“I feel kinda dumb about it,” Westmoreland said.

Lime launched 300 new scooters in Ogden on Friday. Ogden is the second site for the company in Utah. The popular scooters are found on nearly every downtown corner.

“I got it, literally, because we stopped here to eat lunch and I didn’t want to walk back to the truck in the parking lot behind,” Daniel Rasmussen said.

In the days since the launch, several people witnessed riders exhibiting risky behavior.

“Some people don’t know their limitations or maybe try to get too rowdy,” Rasmussen said.

Torn ligaments and broken bones won’t stop Westmoreland, however. He’s vowed to get back on when he’s healed.

“You gotta keep in mind the dangers that’s with it.”

By deadline, Ogden Police didn’t return FOX 13’s repeated requests for information on how many people had been hurt while riding an e-scooter.