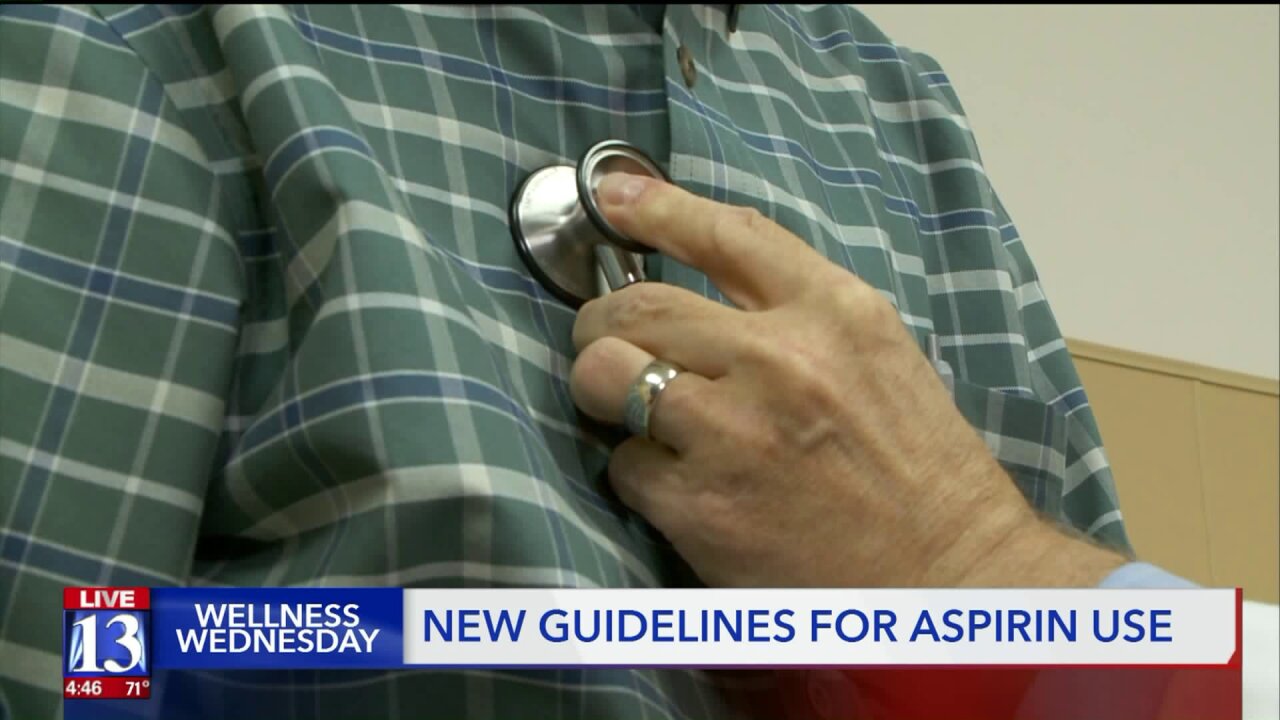 "[I do] everything that the doctor tells me to do," said Parr, a heart patient.

In November 2017, when Judd was preparing for an operation, he followed the pre-op instructions but didn't make it to surgery.

He suffered a heart attack the day before his operation.

"The cause of that was the instruction was to include remaining on aspirin and that was omitted," Parr said.

Judd has a history of heart isssues that go back 10 years. His daily regimen of medication includes aspirin; something Dr. Muhlestein, an interventional cardiologist at Intermountain Medical Center Heart Institute, says is a common practice in heart patients.

"For a long time, aspirin has been known to be beneficial in preventing heart complications, especially heart attacks," Dr. Muhlestein said.

Aspirin works by inhibiting the function of platelets preventing them to clump together, especially in an artery that can cause a blood clot to form.

"There were several studies that were done maybe 20 or 30 years ago that indeed did show you can reduce the chances of heart attacks in this primary prevention mode, even if you never had heart troubles before, by taking a baby aspirin a day," Dr. Muhlestein said.

For the general public, that theory of a daily aspirin is now changing.

"In the modern time of aggressive other risk factor management, the risk of a heart attack is much lower than it was 20 or 30 years ago to begin with," Dr. Muhlestein said.

Not smoking, weight control and diet standards are among modifications to today's healthy living, decreasing the chance of a negative heart episode. By taking aspirin which is a blood thinner patients put themselves at risk for an increase in bleeding including a hemorrhage to the brain.

"Nowadays, especially if you control your other risk factors, the benefit/risk ratio is such that it's probably not advised to take aspirin if you have never had heart disease before," Dr. Muhlestein said.

For Judd, his doctors still have him on aspirin based upon his particular history. But, for others, an aspirin a day may not keep the doctor away and your medication regimen could be a life or death recipe.

"life is worth living," Parr said.