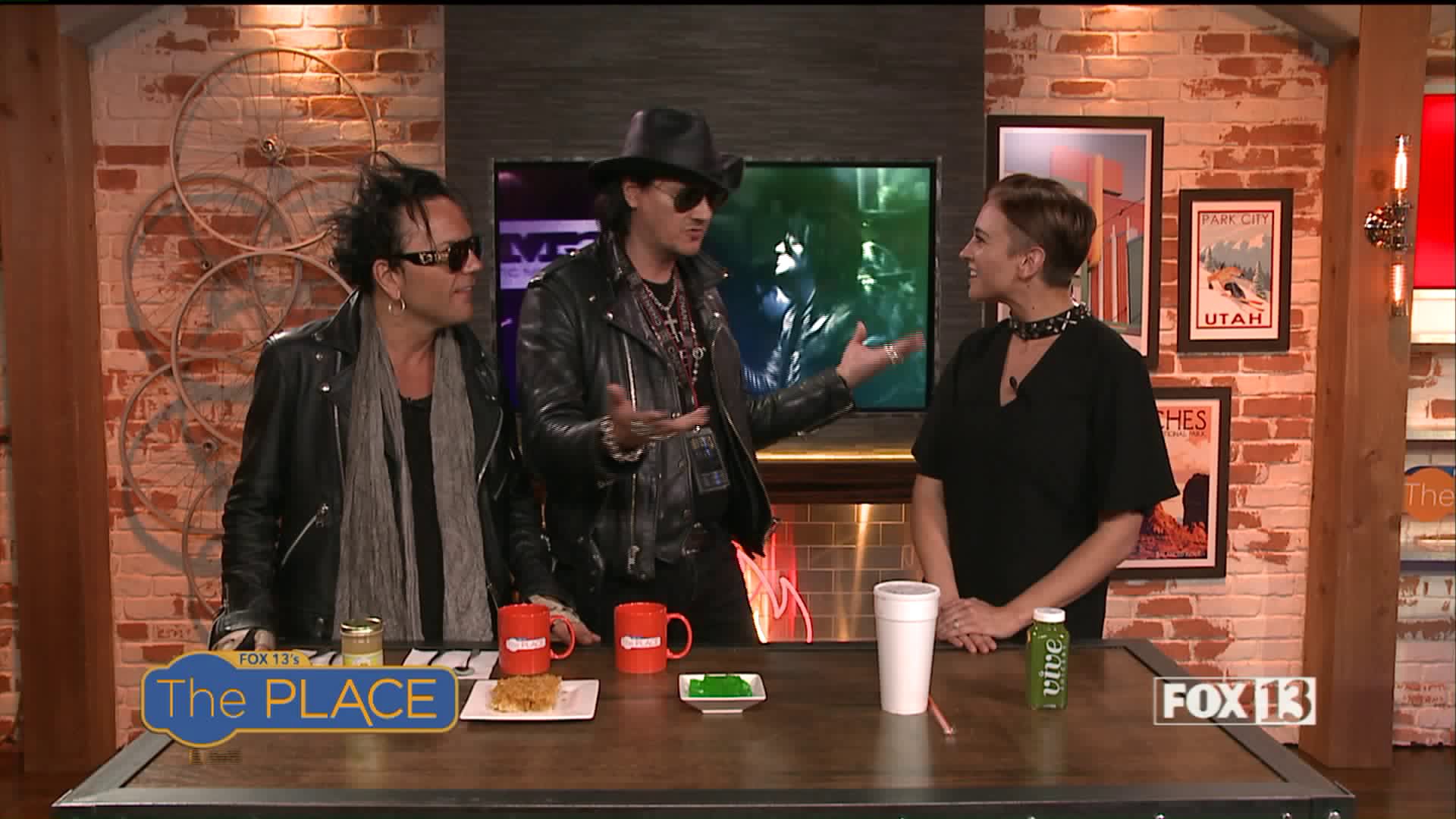 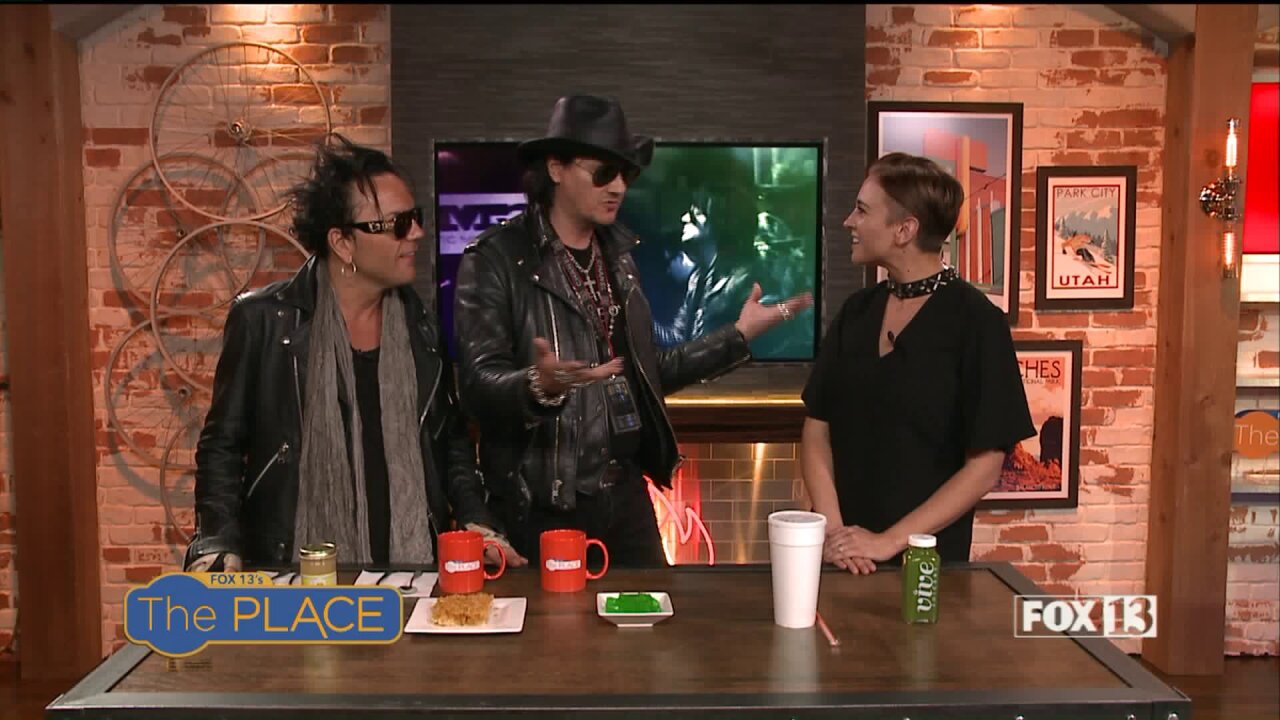 The 69 Eyes are a dark rock band who achieved platinum status in their home country of Finland, and being a big fan, Amanda found out they were playing their first Utah concert and invited them on the show.

Bands MXMS, the Nocturnal Affair and Scam of the Century are also playing tonight.

We put vocalist Jyrki and drummer Jussi up to a taste-test of Utah foods. They tried funeral potatoes, green Jell-O, Vive juice, and "dirty" Diet Coke. Jussi really enjoyed the Jell-O, while Jyrki enjoyed the Diet Coke, and called the Vive juice "green blood" fit for a Helsinki Vampire!

THE 69 EYES started in Helsinki, Finland in 1989. Hailing as a glammy Dark Rock band their sound was described as 'Goth`n`Roll' by the turn of the century. With their platinum selling albums and radio hits in their native Finland, the band has toured all over the world for two decades. The easiest way to find their shows is to follow their fans who stand out from the crowd easily in the way the classic cult band`s fans do. The band has also gained a nickname as 'Helsinki Vampires'.

Find out more at www.69eyes.com.