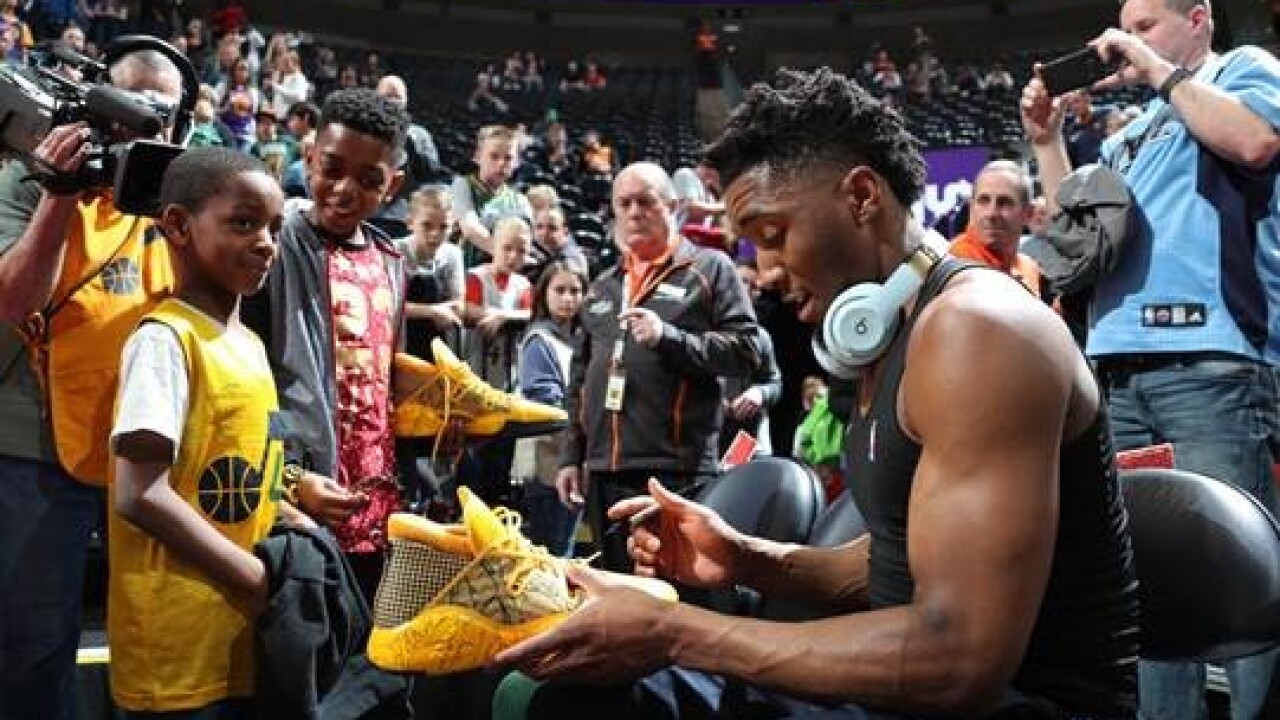 SALT LAKE CITY — Donovan Mitchell is one of 10 nominees for the 2018-19 Seasonlong NBA Cares Community Assist Award, which recognizes a player’s commitment to positively affecting the community.

According to the Utah Jazz, Mitchell’s contributions to the community over the season include:

Fans can vote for Mitchell to receive the award on Twitter by using the #NBACommunityAssist hashtag AND either #DonovanMitchell or @spidadmitchell in the tweet. (Retweets also count as votes.)

Fans can also vote for Mitchell at this link: nbaworld.jebbit.com/tvt56voh