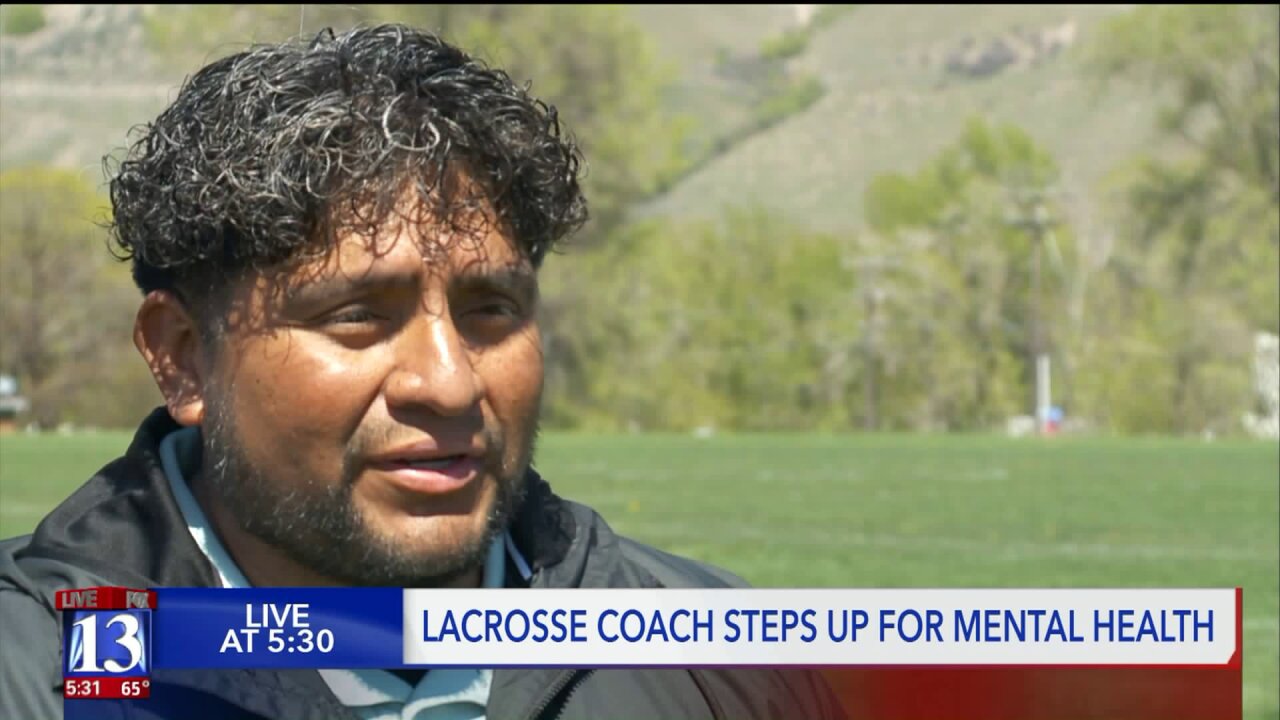 BRIGHAM CITY, Utah — Box Elder County Lacrosse coach, Juan Gaytan, and his team are getting national recognition, but it's all for what they're doing to support each other off the field.

“You know, I just felt like I could've done something,”  Gaytan said.

“Nate Cowsert he was like my best friend. We did everything together,” says Jacob Geddie, who now serves as the team captain.

Geddie is the one that found Cowsert.

“It just felt like a nightmare. The one thing I hated doing was like informing people,” Geddie said.

Then six months later, another member of the team, Jeremy Shipp, took his own life.

“It’s like you're reliving a bad dream all over again,” said team mom, Amber Earnest.

“Coach Gaytan is the salt of the earth. They don't come better than him,” Earnest said.

He started making home visits, spending one on one time with every member of the team, even if they seemed fine.

“He makes sure that he's a part of everyone's life and knows even if they don't know someone loves them that they know he does for a fact,” Geddie said.

Coach Gaytan even asked the boys to read Viktor Frankl's book, "A Man's Search for Meaning." He asked them to write essays about Frankl's experience as a prisoner in a Nazi concentration camp

“I can't remember the quote he had specifically but it was something along the lines of like you can't experience the light without a burn of a match and I feel like that's what our team went through,” Geddie said.

He also changed his coaching style, making the mission of the game about a higher power.

“I told them I'm going to fail as a coach. Your parents are going to fail, your siblings, but the one thing that's always there is your creator,” Gaytan said.

“He wants to make sure we end every practice and game the same way and know that we're all loved and we're all unique and we're all our creator's masterpiece,” Geddie said.

Encouraging these boys to allow the game of lacrosse to heal them while teaching them a critical life lesson about overcoming pain.