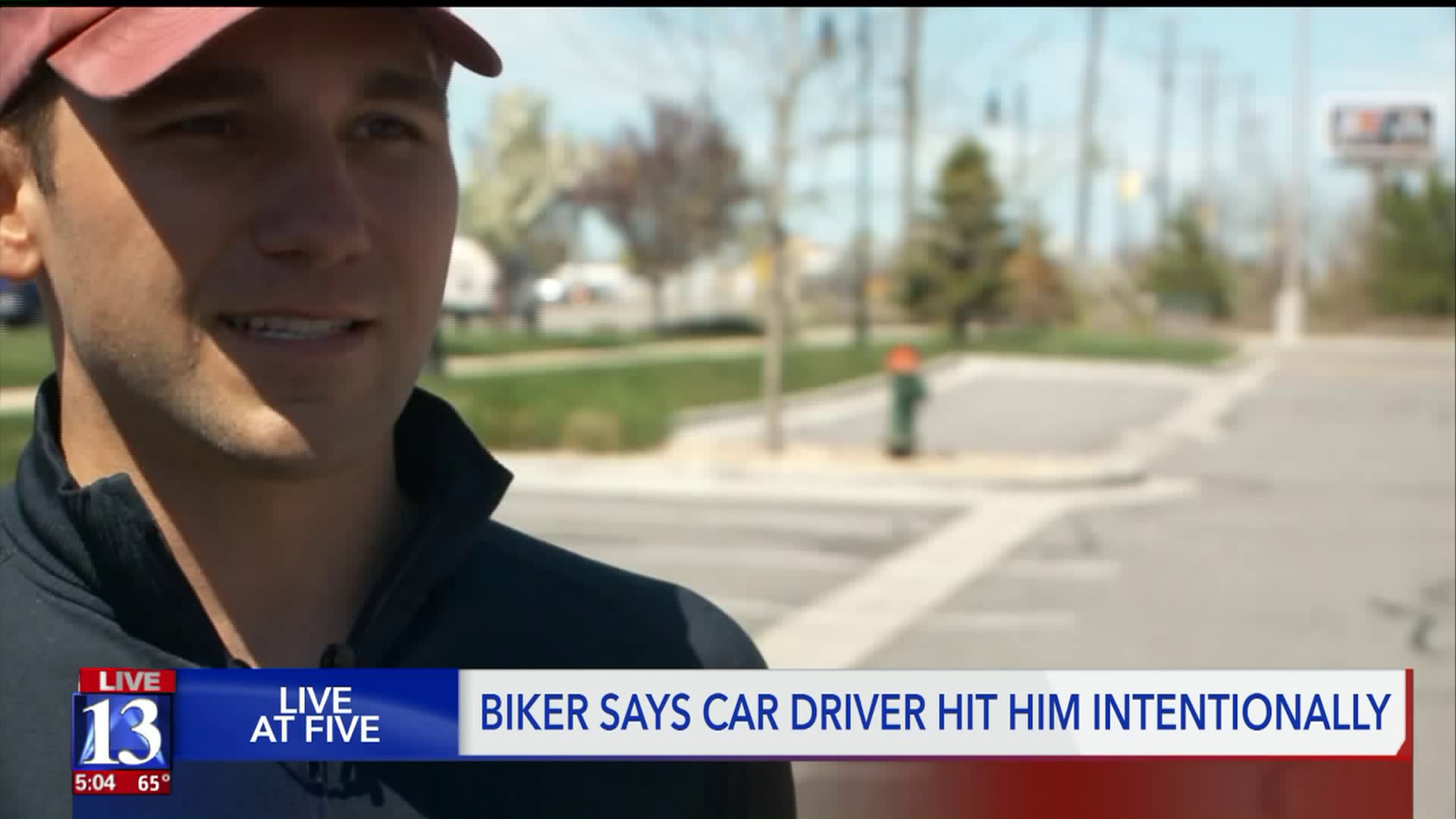 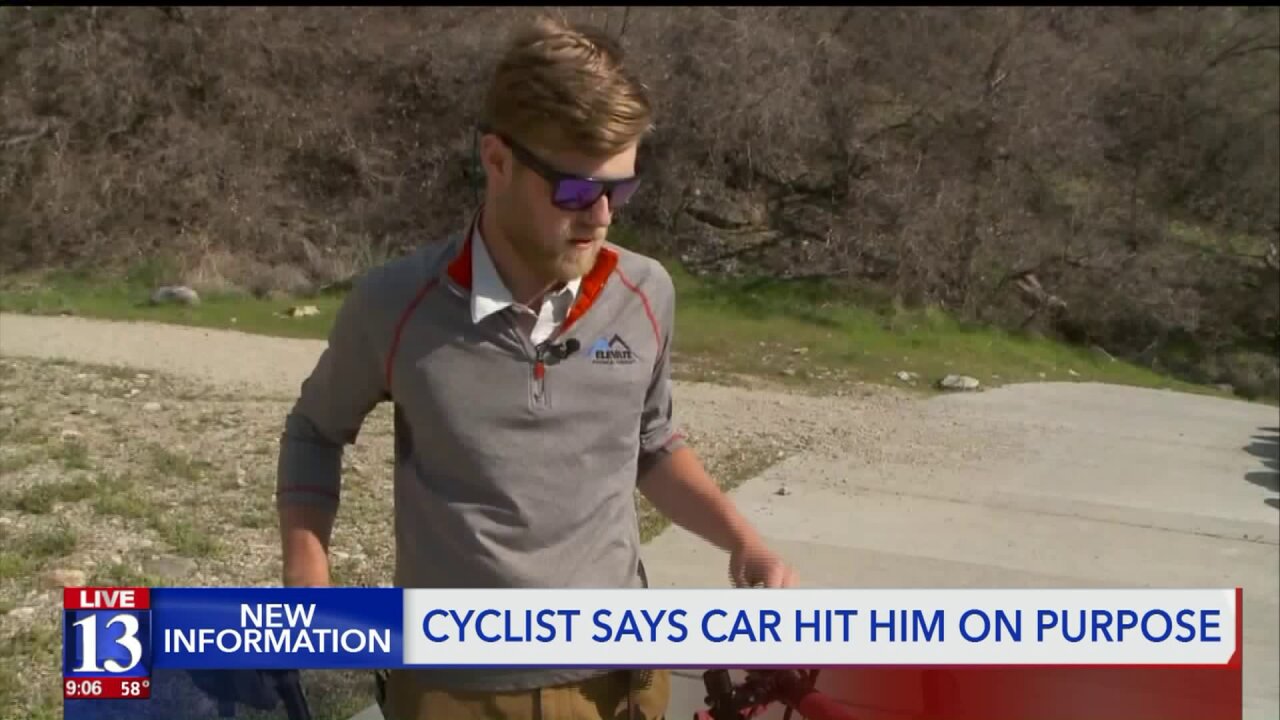 SALT LAKE CITY — A cyclist is sharing a message for everyone on the road, after he said a driver intentionally caused a crash involving the man's bicycle. He and his friend are still in disbelief over what they said the driver did after the crash that left the cyclist injured.

The Salt Lake City Police Department is investigating the hit-and-run.

Trever Kingsbury and his friend Mark LeBlanc went for a ride up Emigration Canyon on Saturday. The road is a popular spot for bicyclists. Looking up toward the canyon from Foothill Drive, it's easy to spot two wheels sharing the road with four along the road.

As Kingsbury and LeBlanc headed down the canyon and coasted on Sunnyside Avenue toward Foothill, they described how a Mercedes driver started acting aggressively for no apparent reason as they rode in the bike lane next to the road.

"I looked back, the vehicle was coming toward us," LeBlanc remembered. "I ducked off the road to avoid it. It missed Trever."

They said the Mercedes driver pulled ahead as they crossed the intersection at Foothill Drive, then swerved toward the curb and slammed on his brakes in front of the two cyclists as they traveled more than 30 miles an hour.

LeBlanc barely made it past the car, but Kingsbury said he didn't have time to react.

"The noise-- I can still hear the crunching of hitting his car," Kingsbury recalled. He explained that he hit the car's spoiler and grabbed it as he crashed.

But that's not what he said gave him the injuries he still has-- including road rash down his lower left leg. That came when he said the driver quickly sped away-- with Kingsbury still wrapped up on the spoiler.

"As things get faster and faster, you just have no choice at that point, but to let go and hit the pavement," he said.

LeBlanc recorded videos after the crash that show Kingsbury's biking shorts ripped up, and his leg wrapped in a bandage.

"The guy drug him for about 100 yards, and then accelerated to shake Trever off the back of his car," LeBlanc can be heard saying in the video.

The Mercedes disappeared, but LeBlanc memorized the license plate.

“I couldn’t believe it,” LeBlanc said. “This is not just a fender bender in a parking lot where someone fled the scene. This is a violent crime.”

Detective Greg Wilking with the Salt Lake City Police Department said they found the person associated with the vehicle involved in the hit-and-run, and met with that person on Tuesday.

He said they are processing evidence collected. They have not issued citations at this point.

Kingsbury is still recovering from his injuries, which include road rash and soreness. He pointed to the cracks and scrapes on his bicycle, explaining that it's too damaged to ride.

"Broke some stuff up here," he said, looking at the handlebars. "Unfortunately, got a pretty good crack in the frame."

He's sharing a message now for drivers to be aware of bicyclists.

"We all have the right to the roadways," Kingsbury said. "And, we can all share that and get along."

“We’re humans. We have families. We don’t want to die doing what we love!” LeBlanc said. “Seeing a friend injured is never easy. Unfortunately as a cyclist we see it quite a lot…. If there had been another vehicle coming (from) behind, Trever might not be here today.”