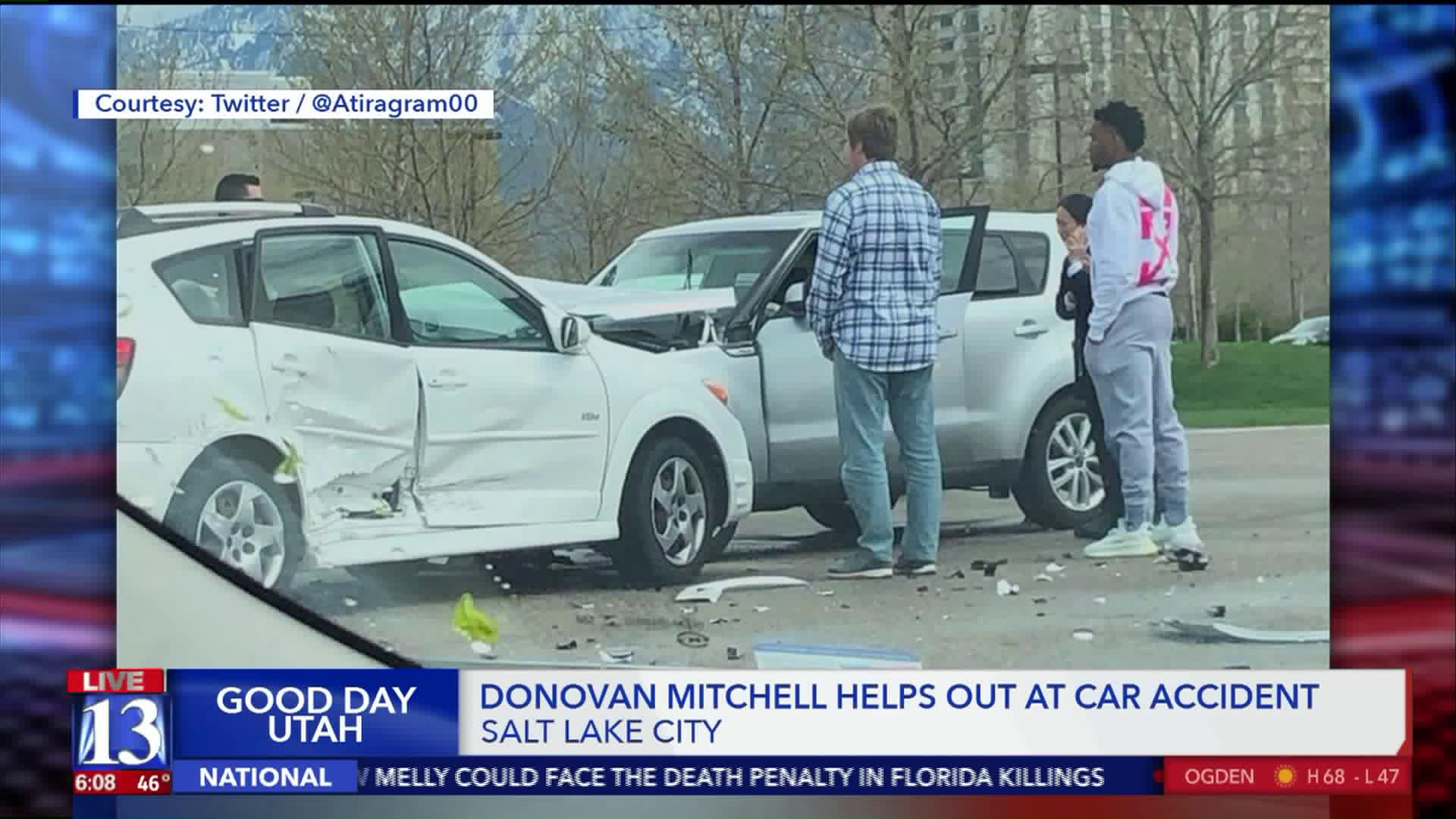 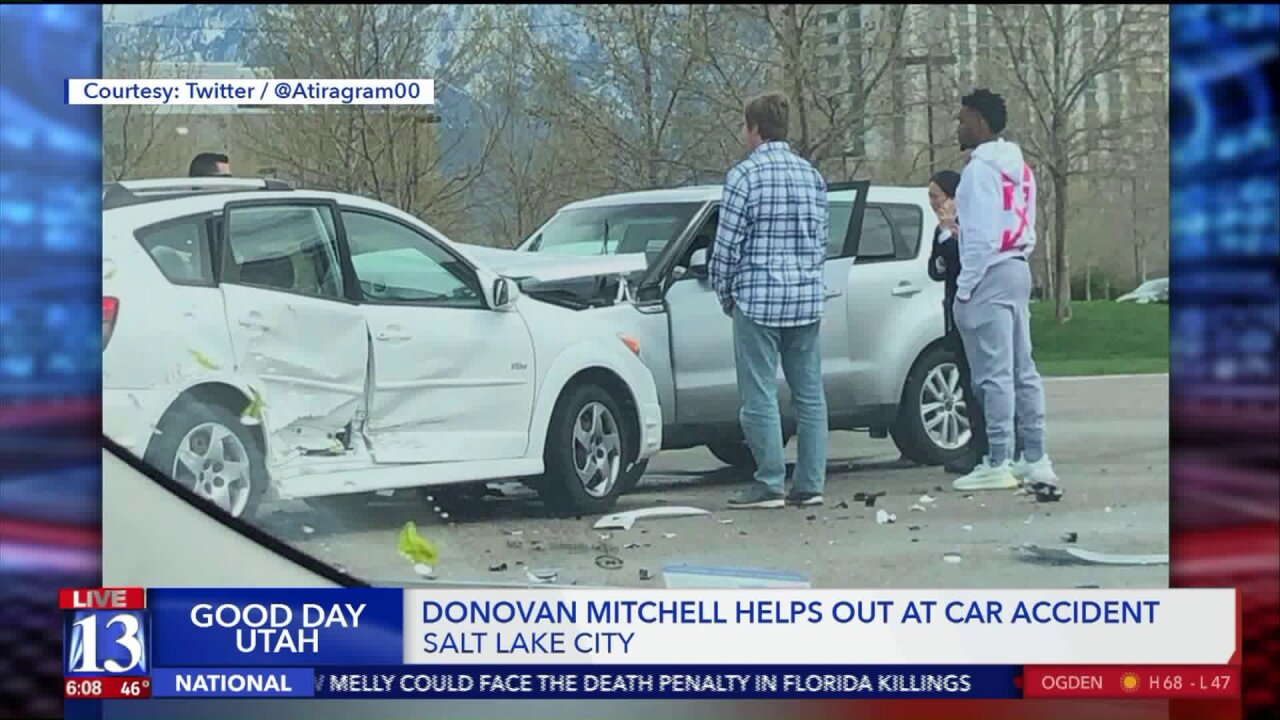 SALT LAKE CITY -- Donovan Mitchell was the hero Monday night for thousands of Jazz fans as he led the team in a fourth-quarter rally to stave off elimination.

But that was at least the second act of heroism Mitchell carried out in recent days, as he stopped to help at the scene of a car crash on Sunday.

“I was driving by, a lady was falling out of her car, the airbags went off, she was grabbing her chest and I was like, ‘Oh shoot.’ Like a natural instinct to found out what happened," Mitchell explained to Salt Lake Tribune.

Visit the Salt Lake Tribune for the full story.

A previous version of this story indicated the crash occurred Monday before Game 4.

FYI: this happened after Sunday's Jazz practice, not Monday. My bad on that, I misunderstood Donovan.