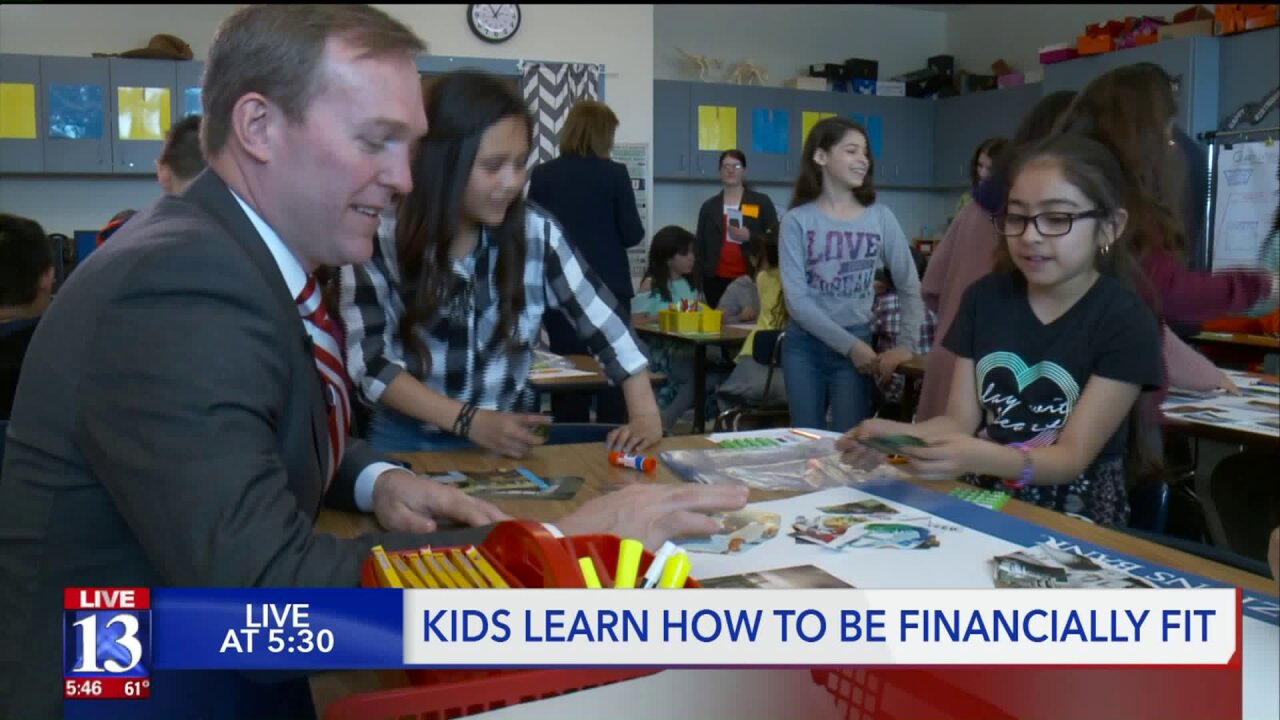 WEST VALLEY CITY, Utah —The General Accounting Office of Congress says 48 percent of Americans over 55 do not have any 401k savings. Some of them have pensions, but most will rely almost entirely on Social Security for retirement.

With this in mind, Congressman Ben McAdams (D) Utah and Zions Bank CEO Scott Anderson went to the young generation, talking to fourth graders about the importance of developing a savings habit.

“It’s never too early or too late to learn the principles of finance,” said McAdams.

The students from Granger Elementary seemed receptive to the lesson, which was framed in terms of what money can and can’t buy.

“Can money buy time?” McAdams asked one table of students.

“Yeah, is that a Rolex,” one student said pointing to a picture of a man in a suit in front of him.

Smart alecs aside, the message seemed to get through. One student named Yaimi described the basic message to FOX 13.

“Don't waste [money] on things you could buy later. Waste it later and not right now,” she said.