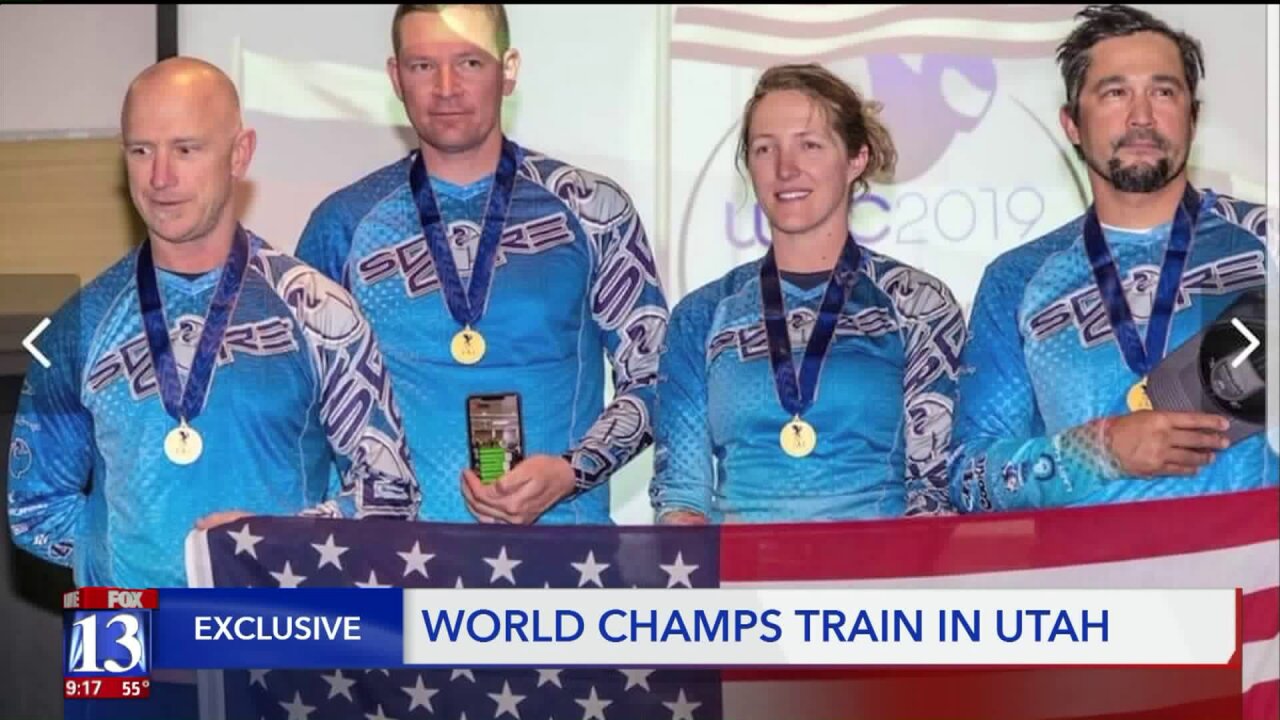 OGDEN, Utah — Being a champion takes years of practice and dedication.  For Dusty Hanks of Bountiful, the journey began fifteen years ago.

“I never really knew you could compete or make a living at sky diving,” said Hanks.

Hanks is a coach at iFly Utah in Ogden.  Over the weekend, his four-person team won another world title at the F.A.I. World Championships in France.  His team competes in a category where they all stay vertical and arrange in different grips inside a wind tunnel.

“It’s kind of like playing patty-cake with your friends flying at about 170 miles per hour,” said Hanks.

There is no prize money for winning but the growing reputation for Hanks’ team is paying off.

“It’s commonly known in the skydiving community that if you want to become an excellent skydiver, you fly to Utah to train with Dusty and Korr,” said Angie Clifford-Salisbury, one of Hanks’ students at iFly.

Over the past year, she has been traveling from Seattle just to train.  But her journey into the competitive world of indoor skydiving has not been the biggest challenge of the past year.

“Right about this time last year was when I found a lump,” said Angie who found out she had breast cancer.  “I was diagnosed on May 3rd of 2018.”

Her doctors encouraged Angie to keep active during chemo treatment and after a double mastectomy.  She chose to continue traveling to Utah and keep training with her coaches at iFly Utah.

“The second I walked in, I got big hugs from them,” said Angie.

As the treatment continued, Angie says her doctors noticed a pattern.  The weeks she was flying to Utah to get in the wind tunnel, she was responding better to treatment.

“A lot of breast cancer, getting through it, is your mental state….have a little bit of fun during the hardest time of my life by coming out here,” said Angie.

At her side were several coaches including Dusty Hanks, who helped use lessons from skydiving for her struggle.

“I believe everybody gets a little scared.  It’s about controlling your fear,” said Hanks.

Almost a year to the date from her diagnoses, with a newly crowned world champion still coaching her in Ogden, Angie now calls Utah home.  Her prognosis is good and she has resumed chasing her own dream of competing internationally in the high-flying sport of indoor skydiving.