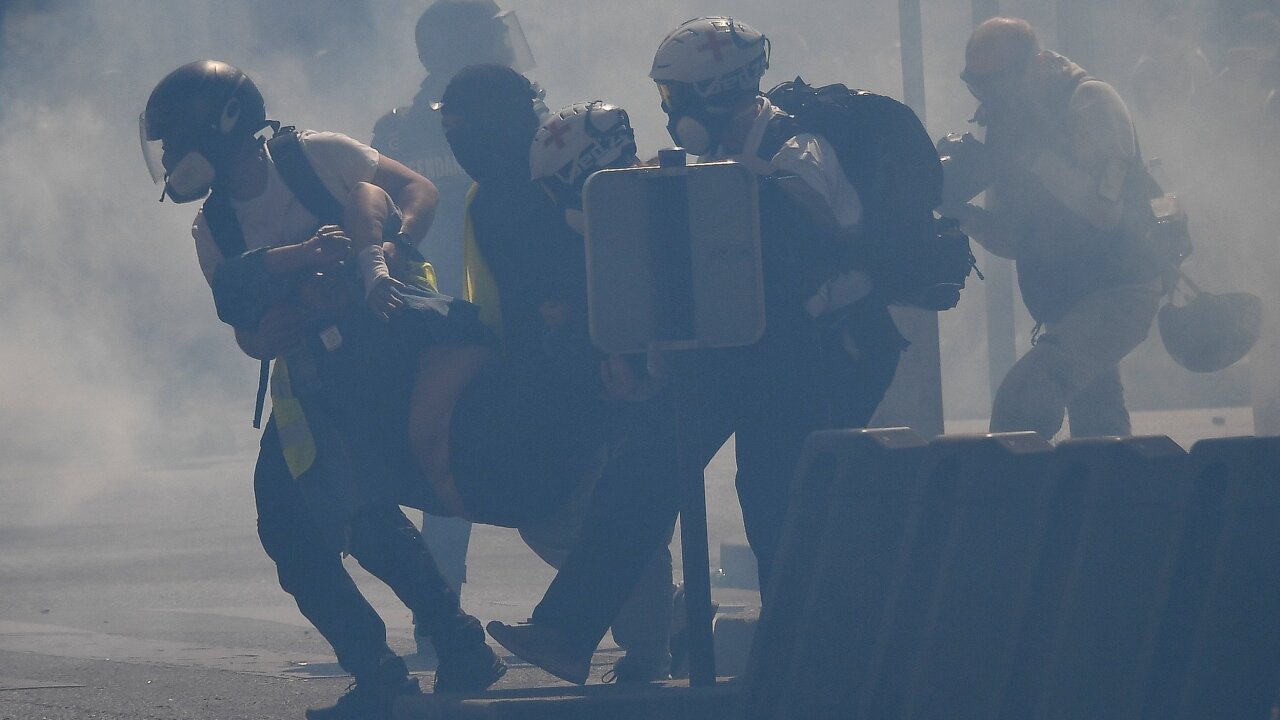 The French capital was the scene of chaos as police confronted protesters, who set off small fires. Video showed heavy black smoke in the air. Police also used water cannons to disperse the crowds.

This is the first demonstration since the devastating fire this week at the Notre Dame cathedral. The Interior Ministry said some 27,900 people demonstrated across France, including 9,000 in Paris.

The protesters, who chanted, sang and played musical instruments as they marched, are rallying against economic injustice. Some say the hundreds of millions of dollars in donations to rebuild Notre Dame is a glaring sign of the inequalities in the country.

“Everything for Notre Dame, Nothing for the miserables,” read a sign on one yellow vest, referring to French author Victor Hugo’s novel “Les Misérables.”

The government had warned protesters that police would use “all means necessary” to stop demonstrations from getting out of control.

More than 60,000 police were deployed across France to deal with the protests, Interior Minister Christophe Castaner said.

There were protests in other cities including Bordeaux, Toulouse, Marseille and Lille, Agence France-Presse reported. Police also fired tear gas in Toulouse, where thousands were demonstrating, according to Reuters.

The “gilets jaunes,” or yellow vest, protests began as a campaign against a gas tax hike, but have morphed into a broader rally against President Emmanuel Macron’s government.

Macron had been set to make a televised address to the nation Monday and announce measures to defuse the unrest. He spoke instead about the Notre Dame blaze.

Macron is now set to make his announcement Thursday, according to Reuters.

In his New Year’s address, Macron referred to the movement without naming it. He acknowledged anger against injustice but said hateful speech would not be tolerated, and called on people to respect each other. He also has pledged to increase the minimum wage and scrap new pension taxes to appease the protesters.