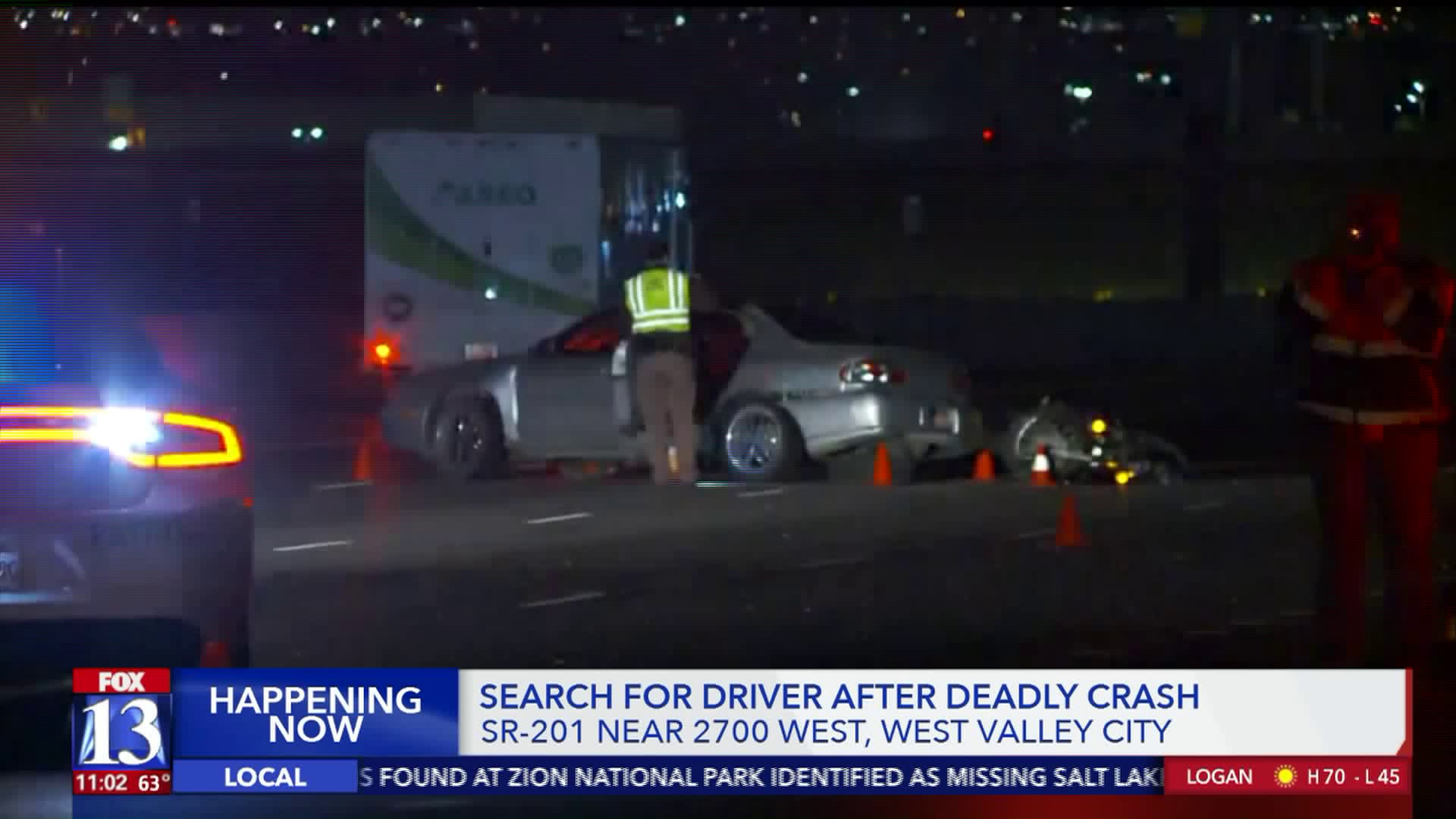 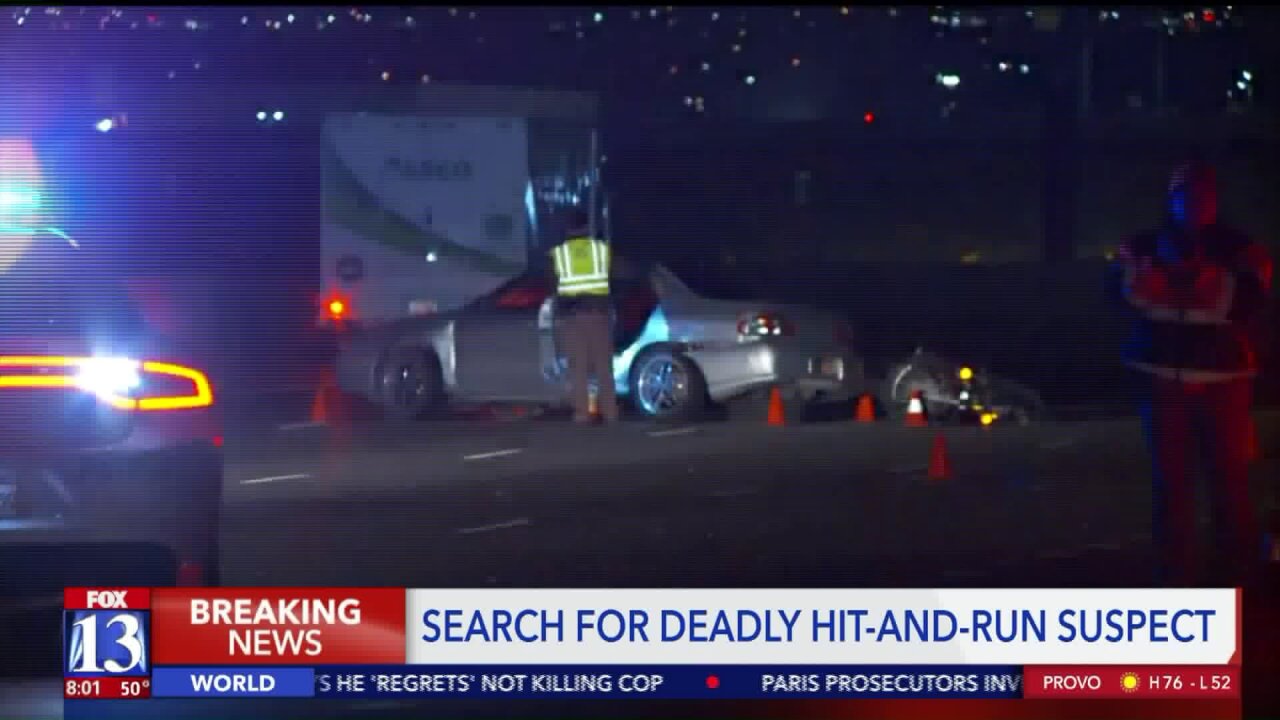 WEST VALLEY CITY -- Police are searching for a driver who fled after a crash that killed a motorcyclist on SR-201 early Friday morning, and the road has reopened after being closed for several hours.

Sgt. Justin Dial of the Utah Highway Patrol said the crash occurred around 4 a.m. on SR-201 near 2700 West.

The collision involved a car and a motorcycle and the motorcyclist was killed. The identity of the victim has not been released.

The driver of the car got out of the vehicle and ran away from the scene. Police are still searching for that man while investigators gather evidence.

Troopers said it appears the crash is a case of reckless driving.

SR-201 has opened again as of shortly after 8 a.m., but lingering traffic impacts remain in the area and on connected routes like Bangerter Highway.