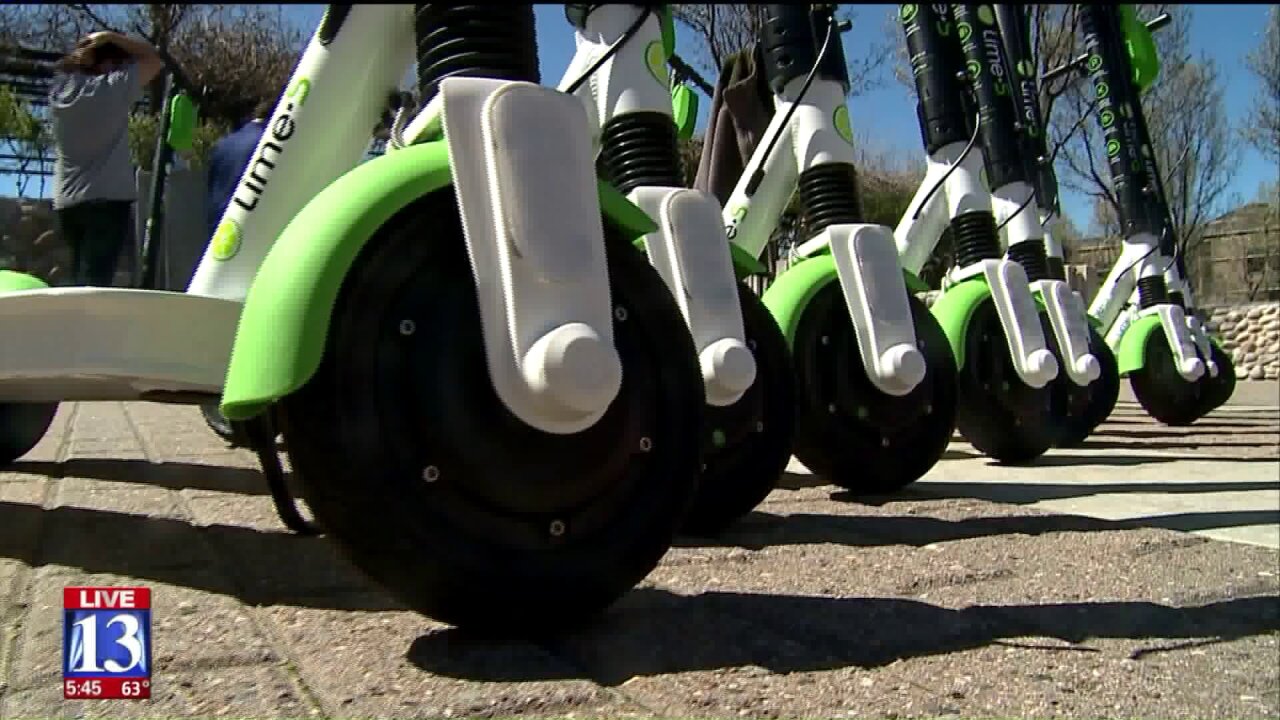 OGDEN, Utah — Controversial electric scooters are coming to Ogden. The Weber County city is the second in the state to partner with transportation rental company Lime.

“I can’t wait to ride these around to my business meetings,” Lorie Buckley said, after trying out one of the e-scooters during a public launch Thursday.

Partnering with Lime, Ogden welcomed the electric scooters as a clean supplement to busses and trains in the city.

“We’ve put billions into mass transportation and one of the big challenges is the first and last mile to access transportation,” Ogden Mayor Mike Caldwell said. “These are a great solution to that.”

From California to DC, cities across the country have put the breaks on e-scooters, citing the dock-less system and safety concerns.

A medical study published in medical journal JAMA Netwerk found 80 percent of users sent to the hospital were hurt from falling off an e-scooter. Eleven percent collided with an object. Nearly all failed to wear helmet.

To educate riders, Ogden City released a safety video ahead of the e-scooter launch showing the proper way to use the transportation.

“We want to be more proactive than reactive, Ogden Deputy Chief of Police Eric Young said. “We want people to use them safely and try to get people to share the space on the road where they should be and try not to have those hazards and problems we’ve seen in other cities.”

To emphasize safety, Lime is giving away 100 free helmets on the corner of 25th Street and Washington Boulevard. They are available on a first-come, first-serve basis.

Lime has operated in Salt Lake City since June 2018. Since then, the company tells FOX13 more than $250,000 has been paid for people to “charge” the electric scooter.

St. George partnered with a similar company earlier in 2019.