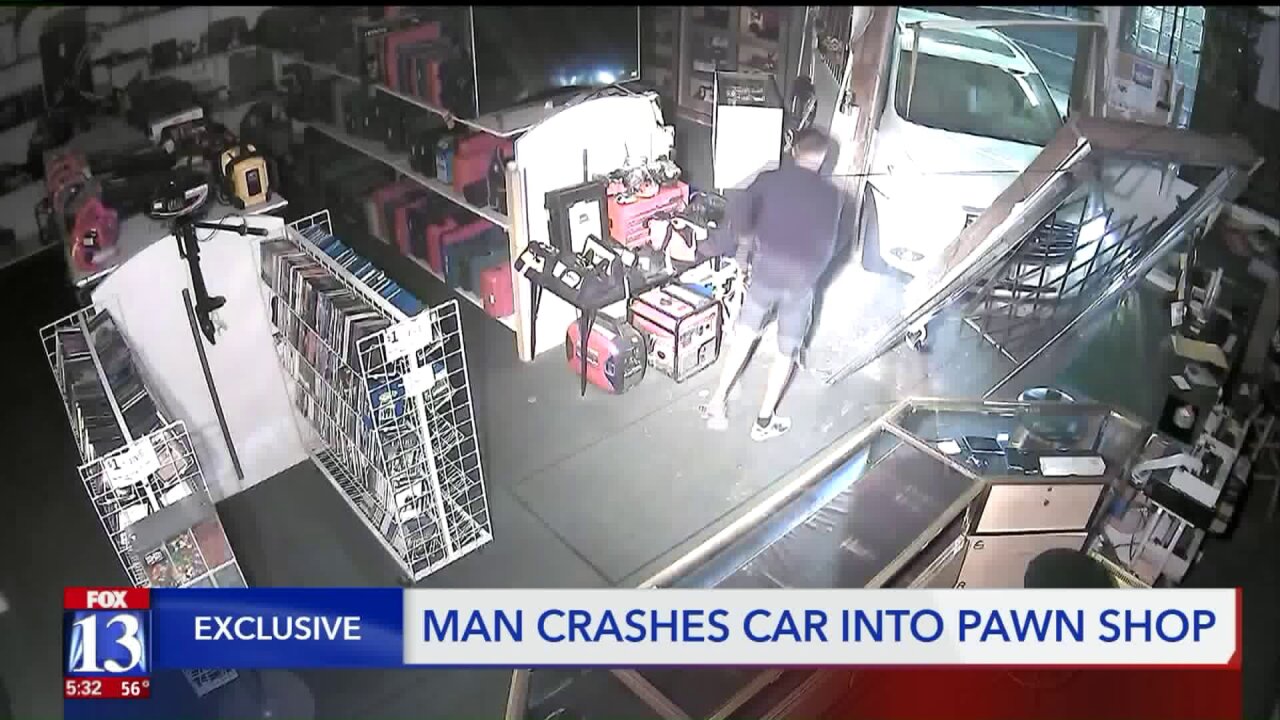 SOUTH SALT LAKE, Utah – Police are looking for a man caught on camera ramming his car into a pawn shop in South Salt Lake.

The video shows the guy slamming a stolen car straight through the front door of Premier Pawn on south State Street. The thief then hops out and starts looking for items behind the counter.

James Bacon, the owner of the pawn shop, said he got an alert on his phone that the alarms were going off. He’s seen plenty of false alarms before, but he said this time he had a bad feeling.

Still, he couldn’t believe it when he saw his business get destroyed on video.

“I was a little bit on the angry side!” Bacon said. “He tried to smash this jewelry case. There was nothing in it!”

The video shows the man panicking, grabbing his saggy pants, falling off the counter and onto his face, and then running away from the crime scene without a dime. He also left behind the car.

“He was just having trouble keeping his pants up, is what I noticed,” Bacon sighed. “Just a bruise on his head, and he left me with a whole bunch of damage.”

Bacon said he’s been doing this long enough to know not to leave guns and jewelry behind the counter at night. He said watching the video makes him feel “violated,” because it only took a few seconds for someone to ruin a business he spent decades building.

“You just get attached, you know?” Bacon said. “It’s just not right… I hope they get him and charge him with a felony because he’s just going to go out there and do it to somebody else.”

Police said the man stole the car from a woman in Sandy before driving it into the pawn shop.

If you have any information about this case, please call the South Salt Lake Police Department.