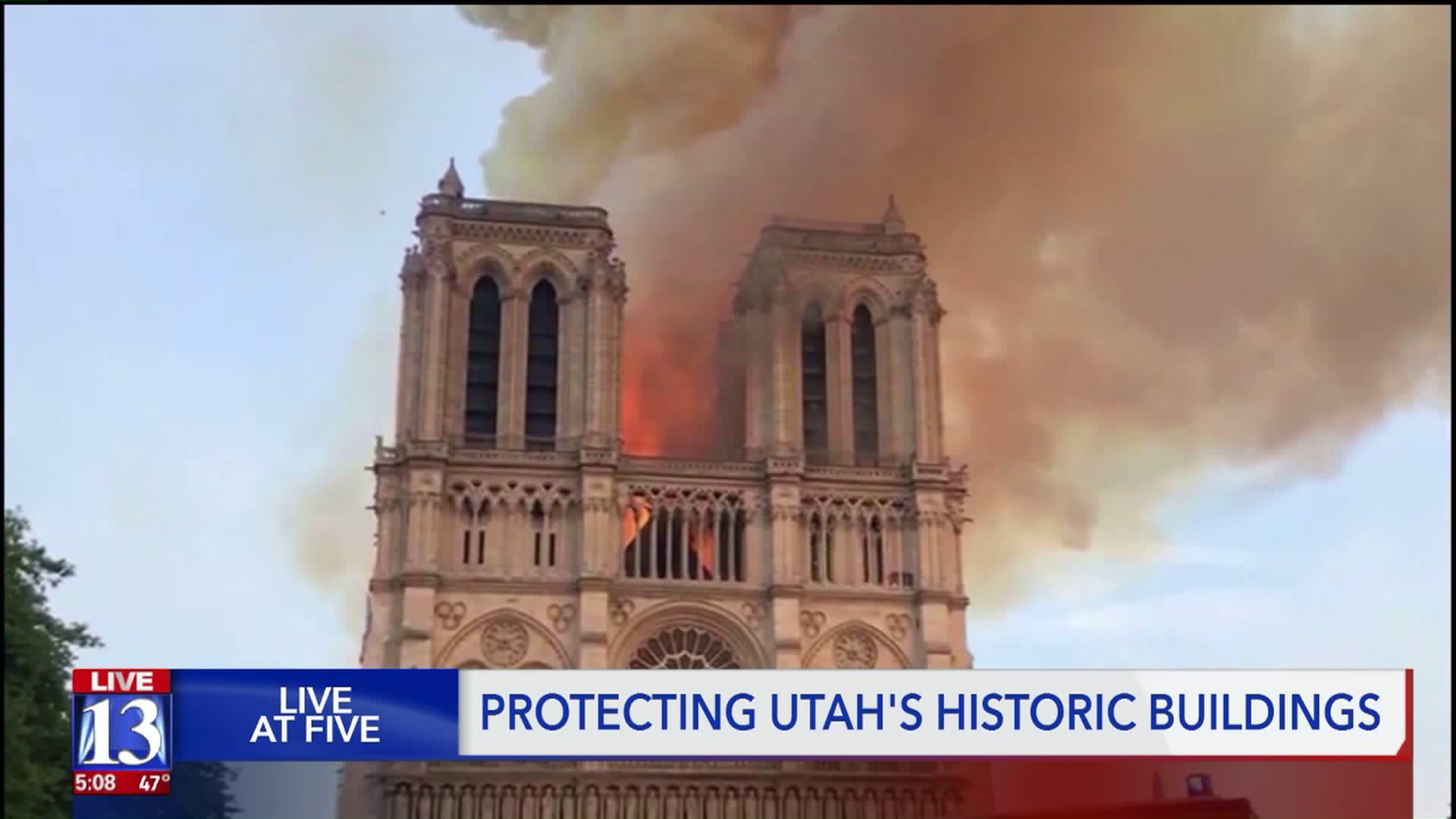 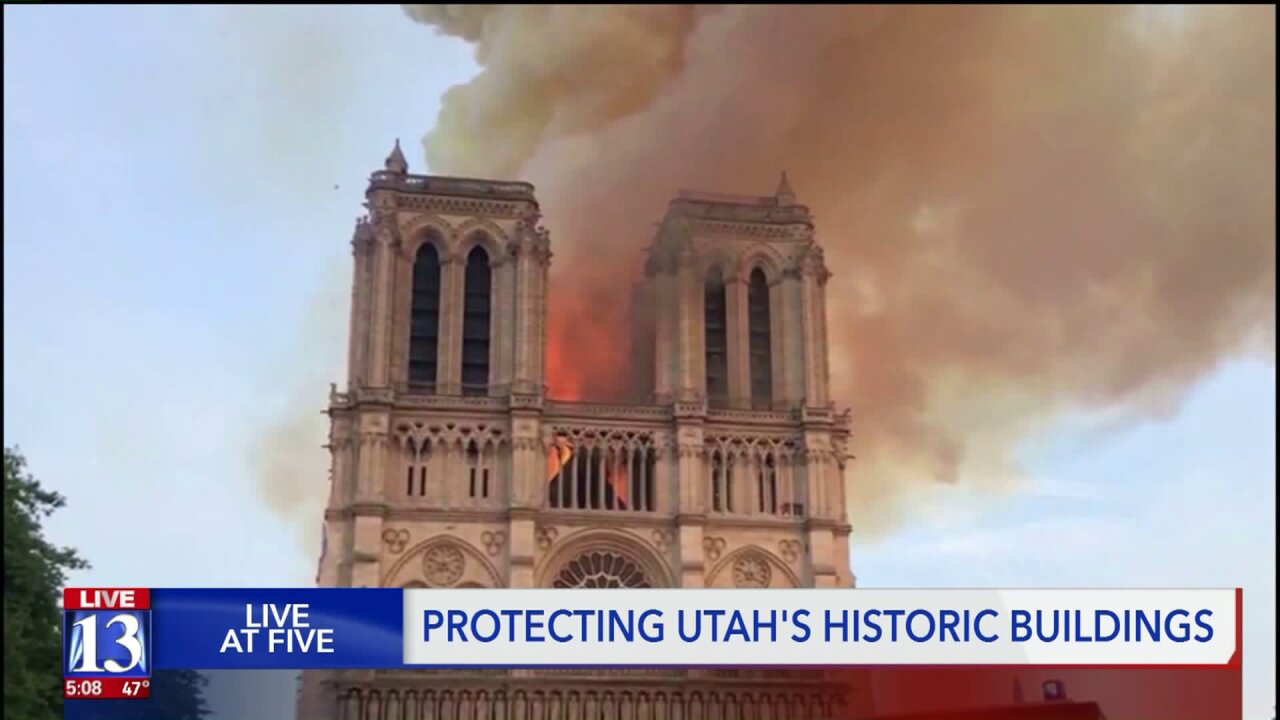 SALT LAKE CITY — The fire at the Cathedral in Notre Dame has people in Utah thinking about the safety of our historic buildings, potentially for the first time since 2010.

It has been almost nine years since the Provo Tabernacle caught fire.

Fire Marshall Lynn Schofield said he remembers it all too well.

"It was cold!" he said. "Not only are those historic buildings, but those are just tremendously difficult fires to fight."

Schofield said one of the biggest challenges was knowing they weren't getting much help from the inside. The fire started in the attic, so firefighters couldn't get inside to fight the flames from below.

Modern sprinkler systems weren't around to be installed back when historic buildings were put up.

"Back in the 1300s when they did the Cathedral at Notre Dame, they used fire to keep warm inside!" Schofield said. "The cost to go back in and put a sprinkler system in that building would’ve been exorbitant."

Most historic buildings across Utah, like the Salt Lake Temple and the Salt Lake City Tabernacle, have gone through renovations to install modern sprinkler systems and alarms.

The Cathedral of the Madeleine in Salt Lake City is smaller than the Notre Dame, but was still designed very similarly.

Father Martin Diaz pointed to the location of the ceiling where he believes the fire at Notre Dame began.

"It’s gorgeous. It’s beautiful. It’s breathtaking," Diaz said. "This building, any building, can be rebuilt. Our first concern would be the safety of everyone on the inside"

Diaz said the Cathedral of the Madeleine has been upgraded with alarms and sprinklers.

"We know that bad things happen, we know that there’s devastation, but we also know that God takes care of us," he said. "The fire department I think is three minutes away, if not two?"

Representatives with the Provo and Unified Fire Departments said they do not respond to historic building fires any differently than they would another fire in a non-historic building; they simply deploy the appropriate resources necessary to put out the flames in any situation. Crews undergo training to respond quickly and effectively to high-rise buildings.