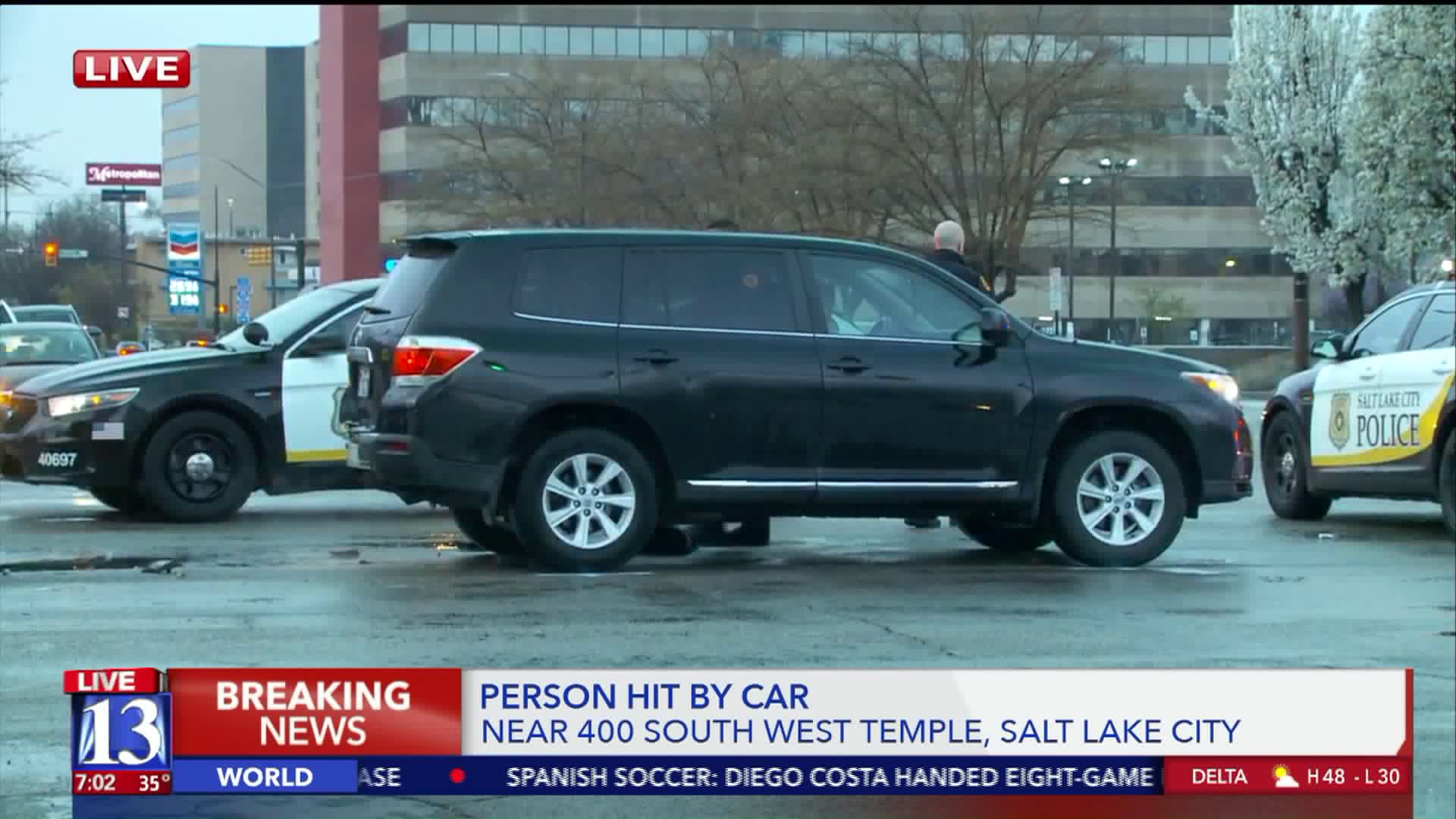 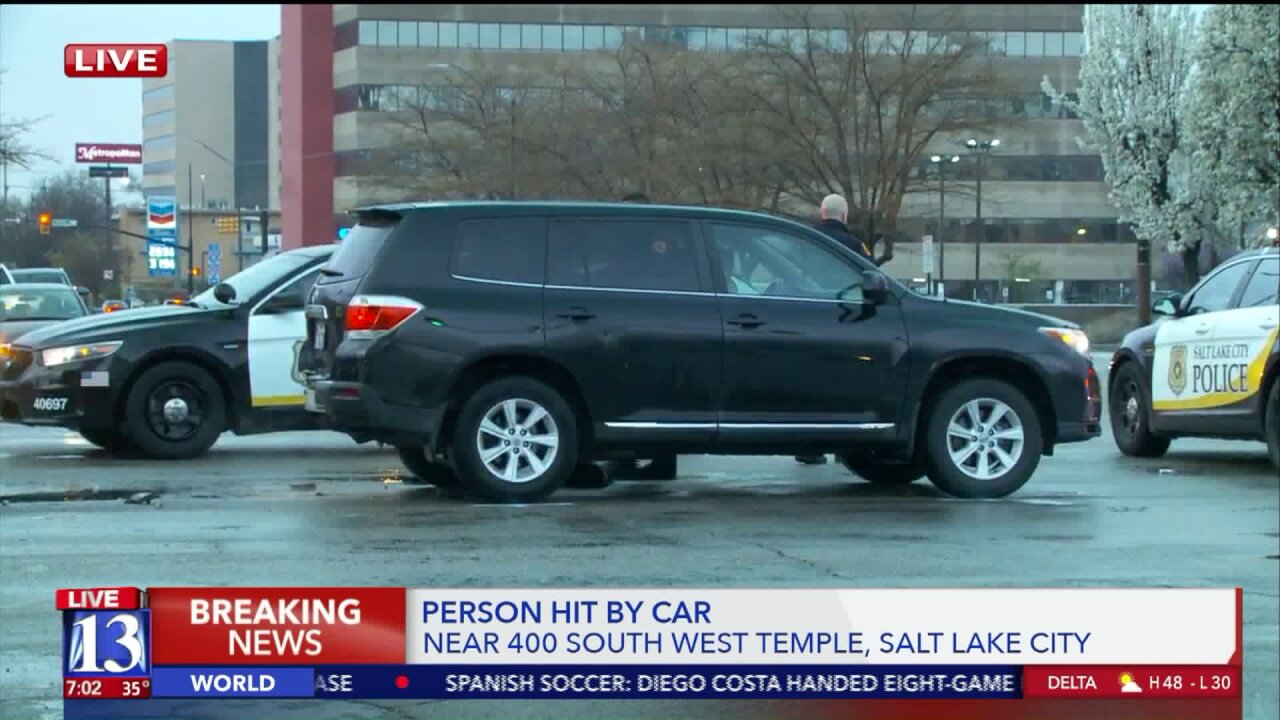 SALT LAKE CITY -- A man was critically injured after being hit by a car in Salt Lake City Friday morning.

Salt Lake City Police personnel at the scene said the man was crossing a street near 400 South and West Temple and may have been crossing while traffic had a green light.

The driver of one vehicle struck the pedestrian, who was taken to a hospital in critical condition. His injuries are not believed to be life-threatening.

That driver stopped, and a second vehicle collided with the rear of the first. There were no reports of serious injury among those inside the vehicles.

Police say Northbound West Temple will be closed at 400 South for several hours as crews investigate.