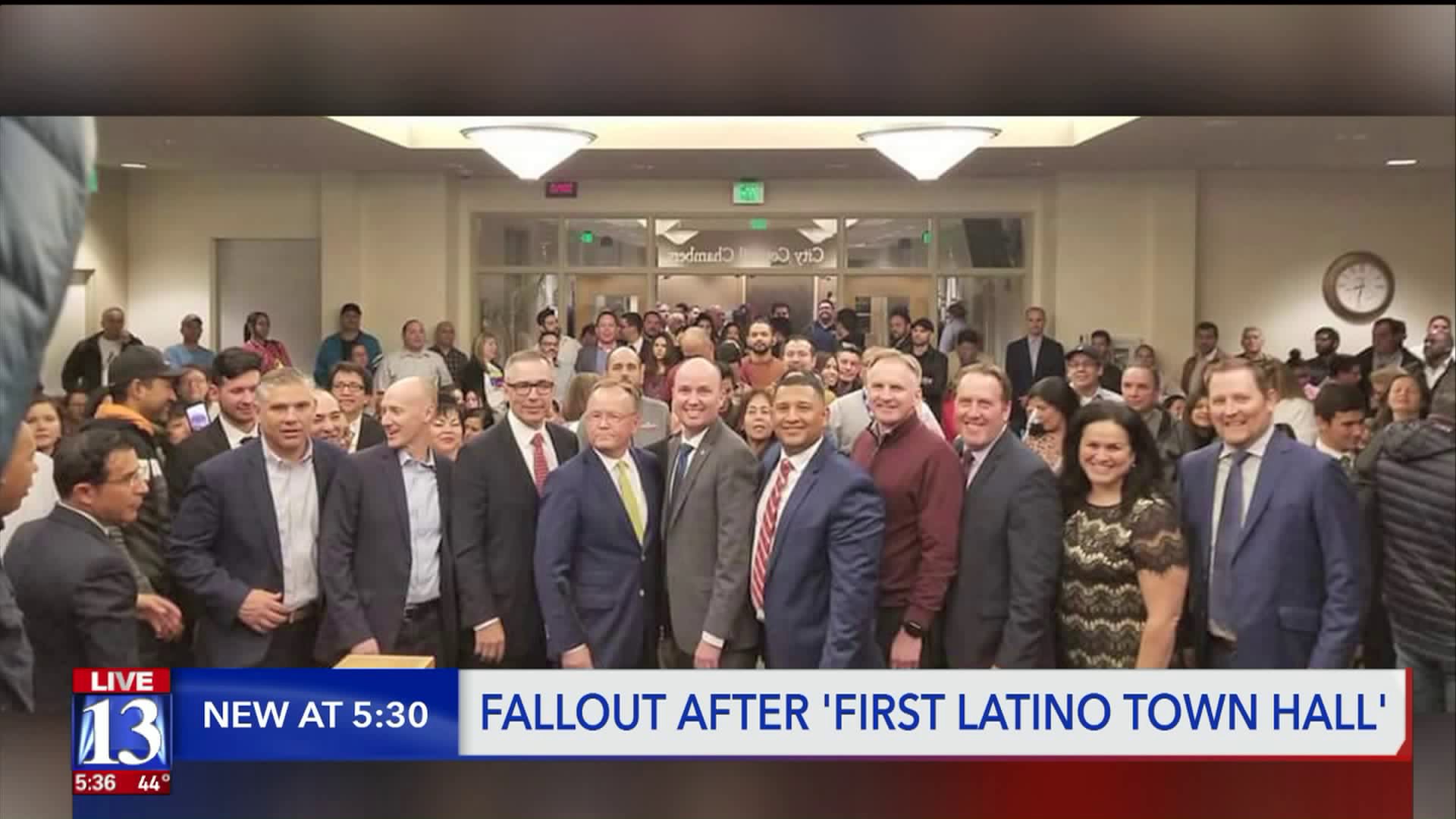 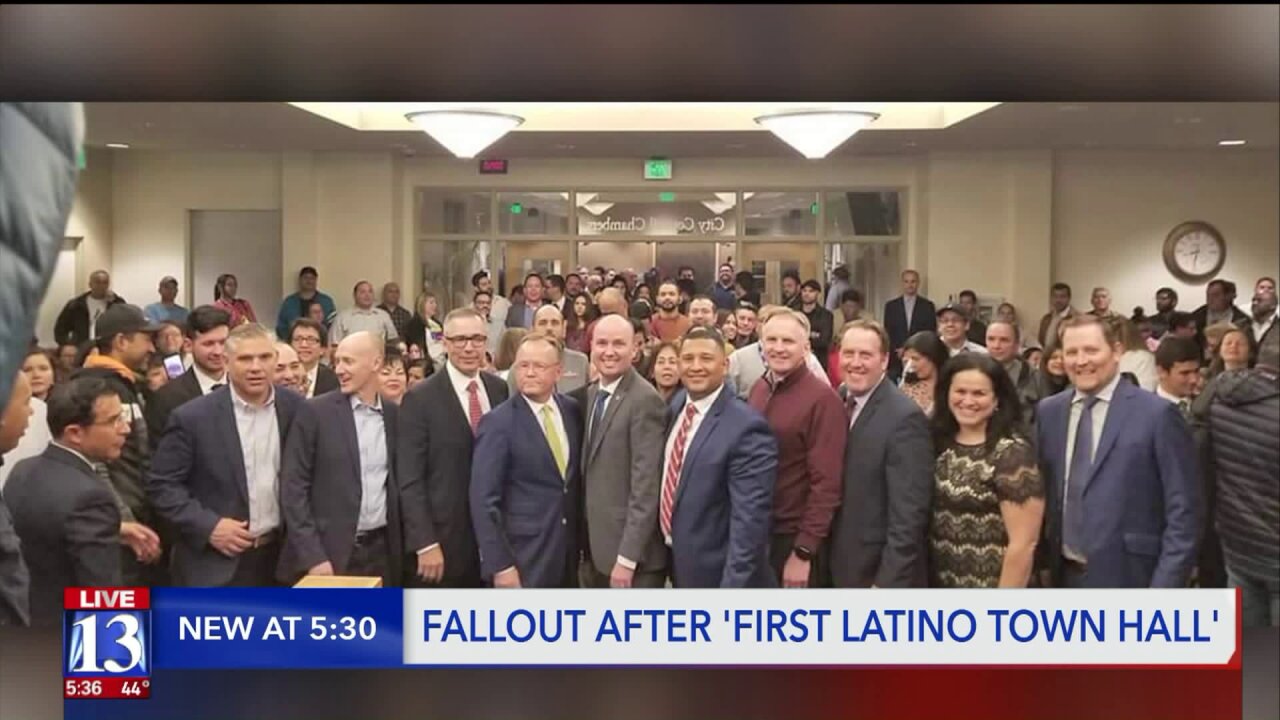 Members of the Latino Legislative Caucus said the town hall missed the mark by excluding the state’s three Latina lawmakers.

“Diversity is so important. To have minorities to see representation that looks like them is critical,” said Martin Muñoz, who attended the event.

House District 26 Rep. Angela Romero (D) said she was very disappointed she and the two other Latino lawmakers were left off the guest list. Utah Attorney General Sean Reyes also did not attend.

“My concern,” Romero said, “Is that they were saying this was a Latino town hall, they didn’t invite the Latino elected officials.”

That’s not true, according to organizers Carlos Moreno and Carolina Herrin.

The pair insists they wanted to create discussion with state leaders about Latino issues, including immigration.

“We invited everyone,” Moreno said.

Utah GOP Chairperson Rob Anderson said the event was orchestrated by state Republicans and tweeted about the event’s success. He did not respond to FOX 13’s attempts for comment. However, the Utah Senate Spokesperson Aundrea Peterson told FOX 13 President Adams nor the Senate were involved in organizing or facilitating the event.

Romero questioned if her democratic views were the reason she wasn’t invited.

“Why were certain elected officials reached out to but not others? It’s easy to say it was an open event to everyone but if you claim you were reaching out to leadership, myself and Senator [Luz] Escamilla serve in leadership,” Romero said.

Moreno said he spearheaded the event and reached out to Lt. Gov. Cox.

“I am a regular citizen. I am no politician. I am not related to any party,” Moreno said. “It’s not my fault. I tried to do my best."

Moreno said the invite oversight boils down to inexperienced immigrants and the so-called uninvited not reaching out to help.

“I didn’t think this meeting was going to be a problem for so many people,” Moreno said.

“I enjoyed participating in the town hall last night and addressing pressing issues in the Latino community. It was a fun and very informative event. As the president of the Senate, I want to engage with all communities in our state to know the issues that are important to everyone. The best solutions come from open dialogue and we need to continue to have more town halls like these,” President Adams said in a statement, adding it was the most fun town hall he’s ever attended.

Despite the disagreements over the guest list, Moreno and Herrin said they are already planning another event with U.S. Senators and Representatives in a couple months.