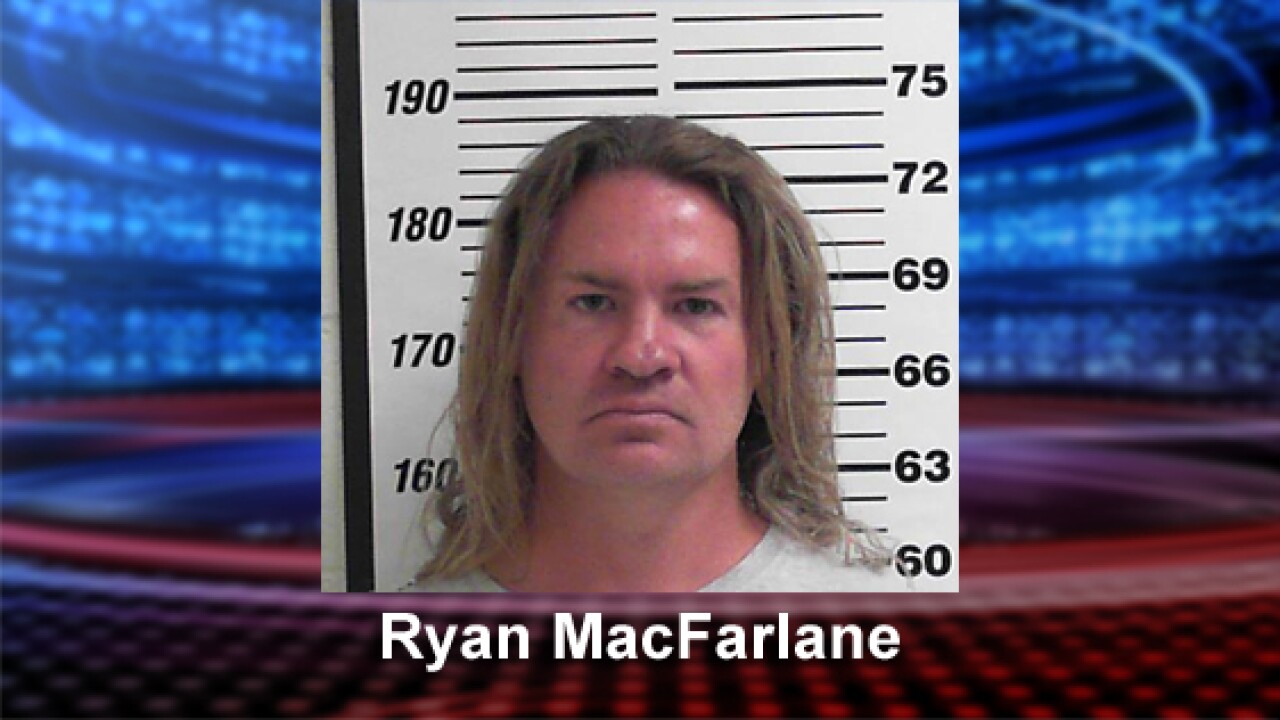 SUNSET, Utah — A Sunset man was arrested Thursday on suspicion of human trafficking, unlawful sexual activity with a minor and other crimes.

A charging document alleges 47-year-old Ryan A. MacFarlane offered a ride and shelter to a 16-year-old runaway, then sexually assaulted her, drove her to Wyoming and Colorado and tried to use her for making money by having her offer sex acts to truck drivers.

MacFarlane is accused of abusing the girl in a rental car, a rented storage unit and his home in Sunset in late October of 2017. The girl told investigators she spoke with MacFarlane about wanting to get out of Utah because she was a runaway and people would be looking for her, and that McFarlane took her to Denver via I-80.

“[The girl] also stated that along the way, MacFarlane stopped at truck stops and told [her] that they needed to make money for food and places to stay,” the document states.

MacFarlane allegedly instructed the girl about how much to charge the men and “what to do, how to do it, and what to say.” The girl told investigators she then went out of MacFarlane’s view and asked truck drivers for a ride, but they declined.

“To not make MacFarlane angry, [the girl] would tell him the truckers declined her requests,” the charging document states.

Denver officers located the girl in November 2017, and she was brought back to Utah, where she has been receiving therapy.

Agents with the Utah Attorney General’s office spent months investigating this case after first learning about the abuse allegations.

“This is one of the most horrendous crimes we see,” said Brendan Call, a section chief with the Attorney General’s office. “There is nothing more vulnerable than a child. I'll sleep much better. I know my unit will sleep much better knowing this guy isn't out looking for more victims.”

In several interviews, the victim recalled intricate details of MacFarlane’s home where some of the abuse is alleged to have occurred.  She described objects both outside and inside the house.  When investigators served a warrant, they found those exact items.

“It was surreal,” Call said. “The exactness of her details, to see it all come together like that.”

Investigators are concerned MacFarlane may have abused others and they are urging those possible victims to come forward.

“We do not think this was a one-time incident.  We see on these types of cases, they perpetrate on this kind of population,” Call said.

Anyone who believes they have been victimized by MacFarlane is urged to call the Utah Attorney General’s office at (801) 281-1200.