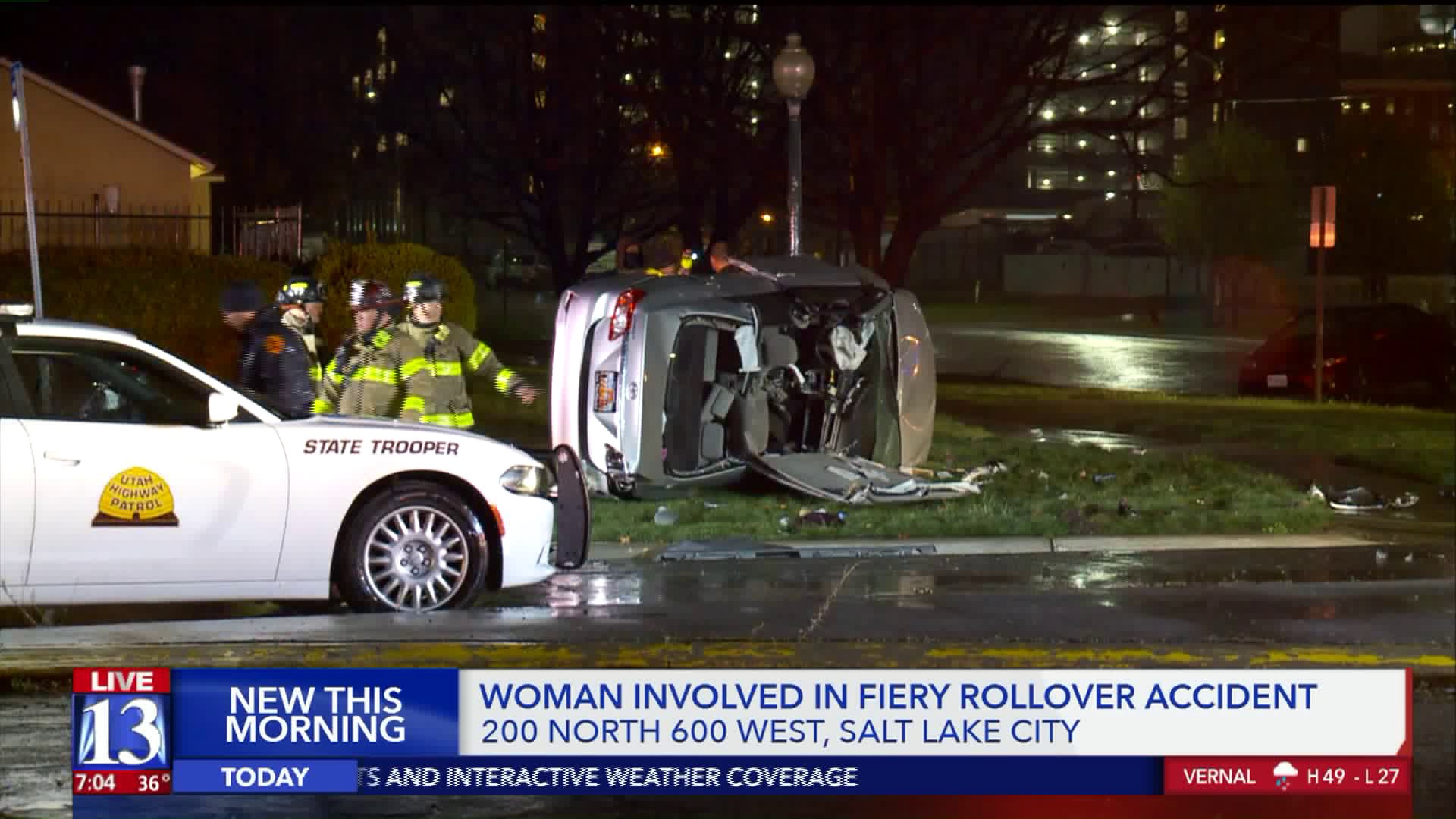 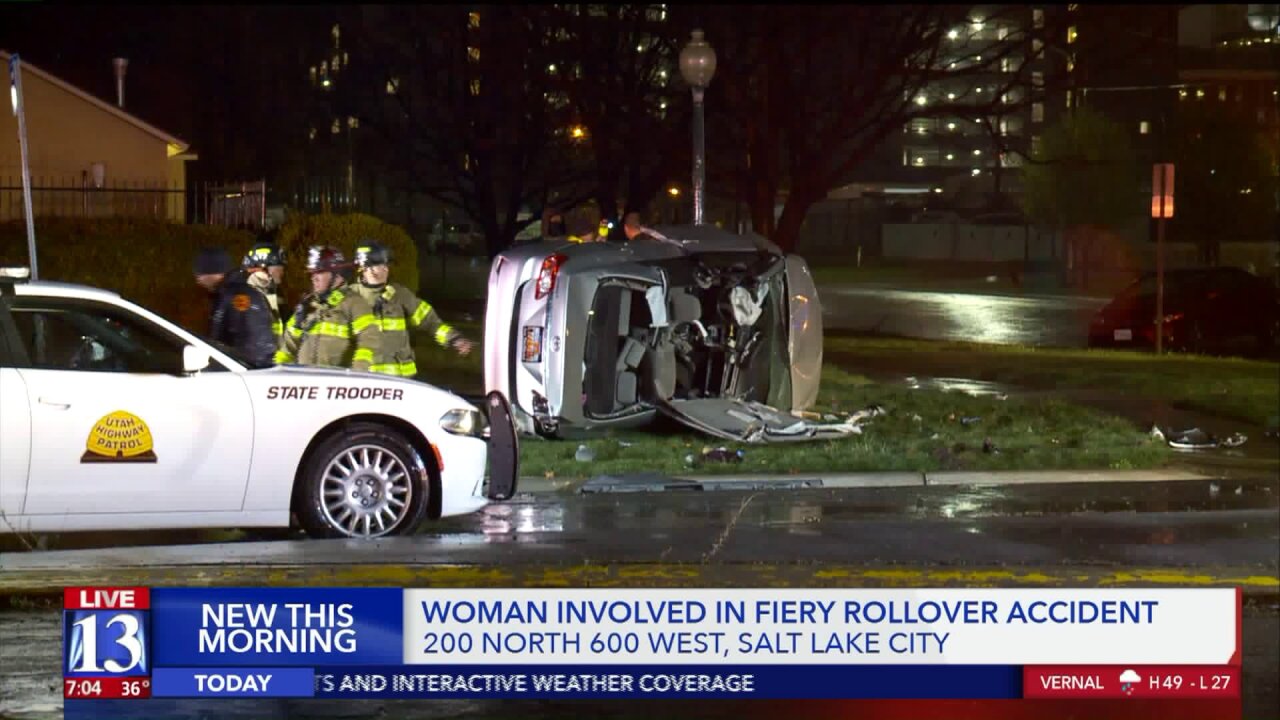 Salt Lake City Police said the crash occurred in the area of 200 North and 600 West shortly after midnight.

The woman struck a barrier around a roundabout, sending her car airborne before it rolled several times and caught on fire.

A nearby police officer saw the crash, responded and put out the fire with an extinguisher.

Lt. Dave Cracroft of Salt Lake City Police said it was a stroke of luck the officer was near.

"Who knows if the fire would have engulfed the car completely, we just don't know, but, yeah: She was very lucky that the officer was nearby," Cracroft said.

Emergency responders used heavy machinery to extricate the woman from the damaged vehicle. She was taken to a hospital in critical condition.

Police said she may be the same woman who had fled from UTA Police earlier Tuesday.