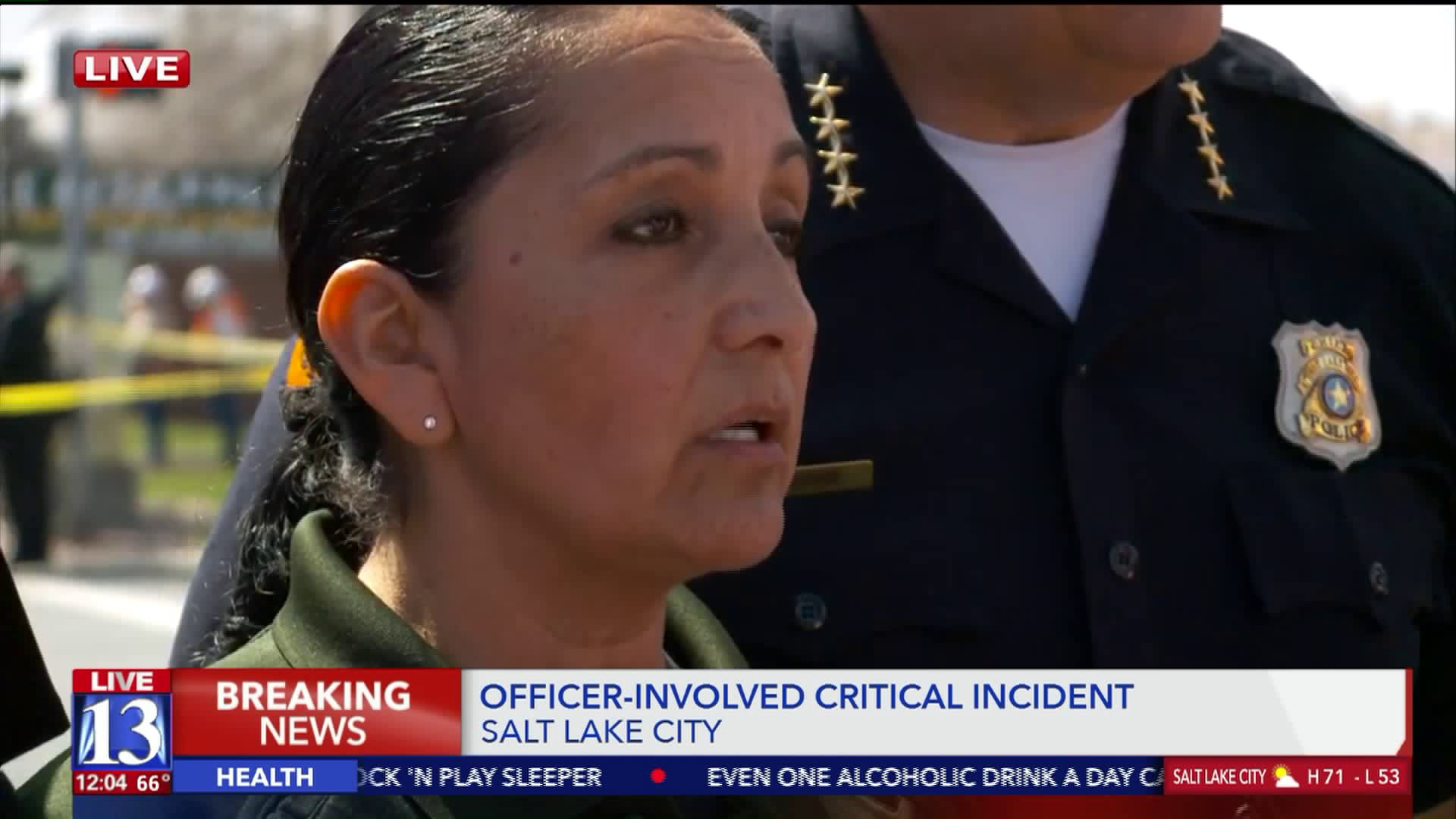 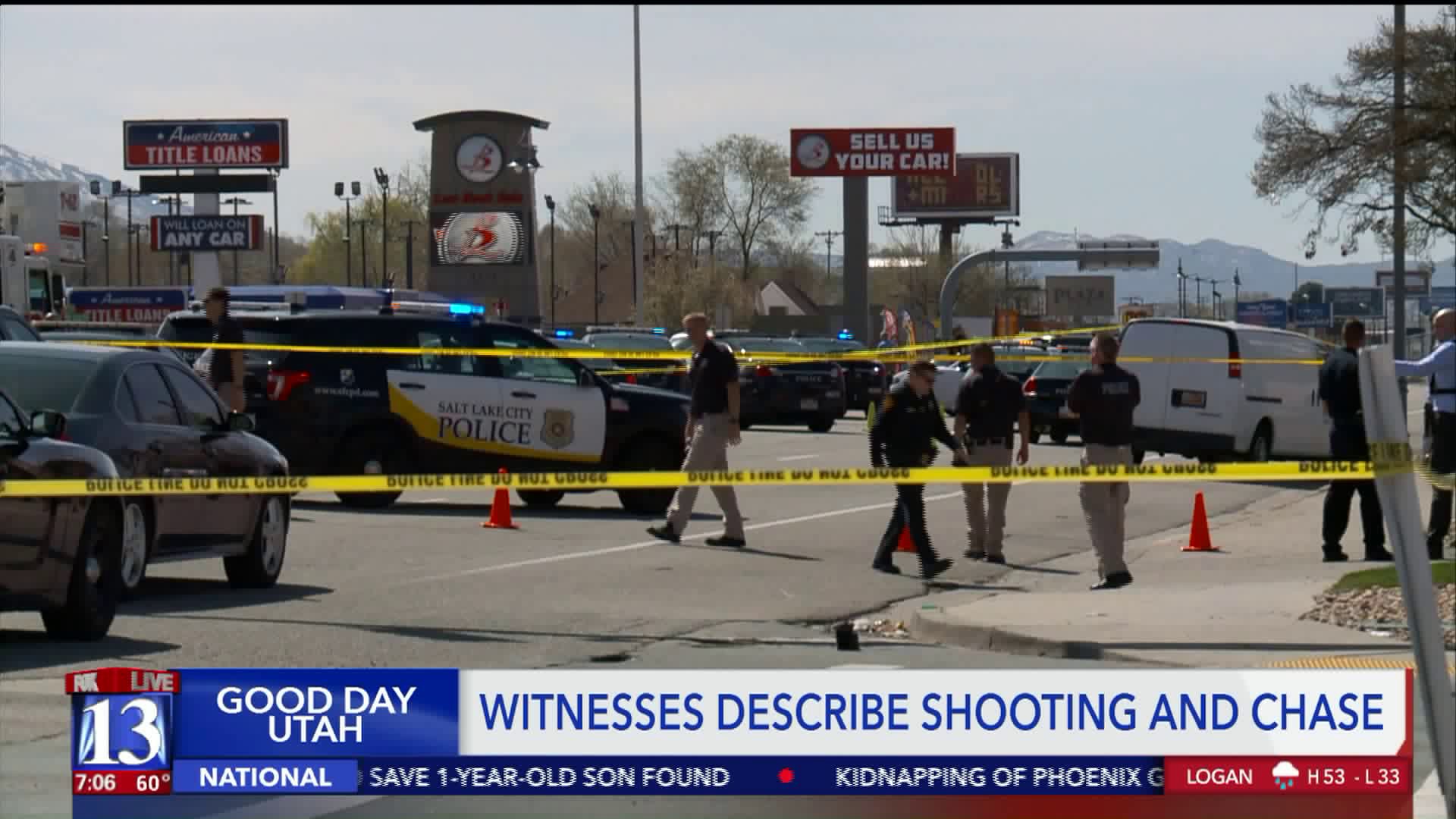 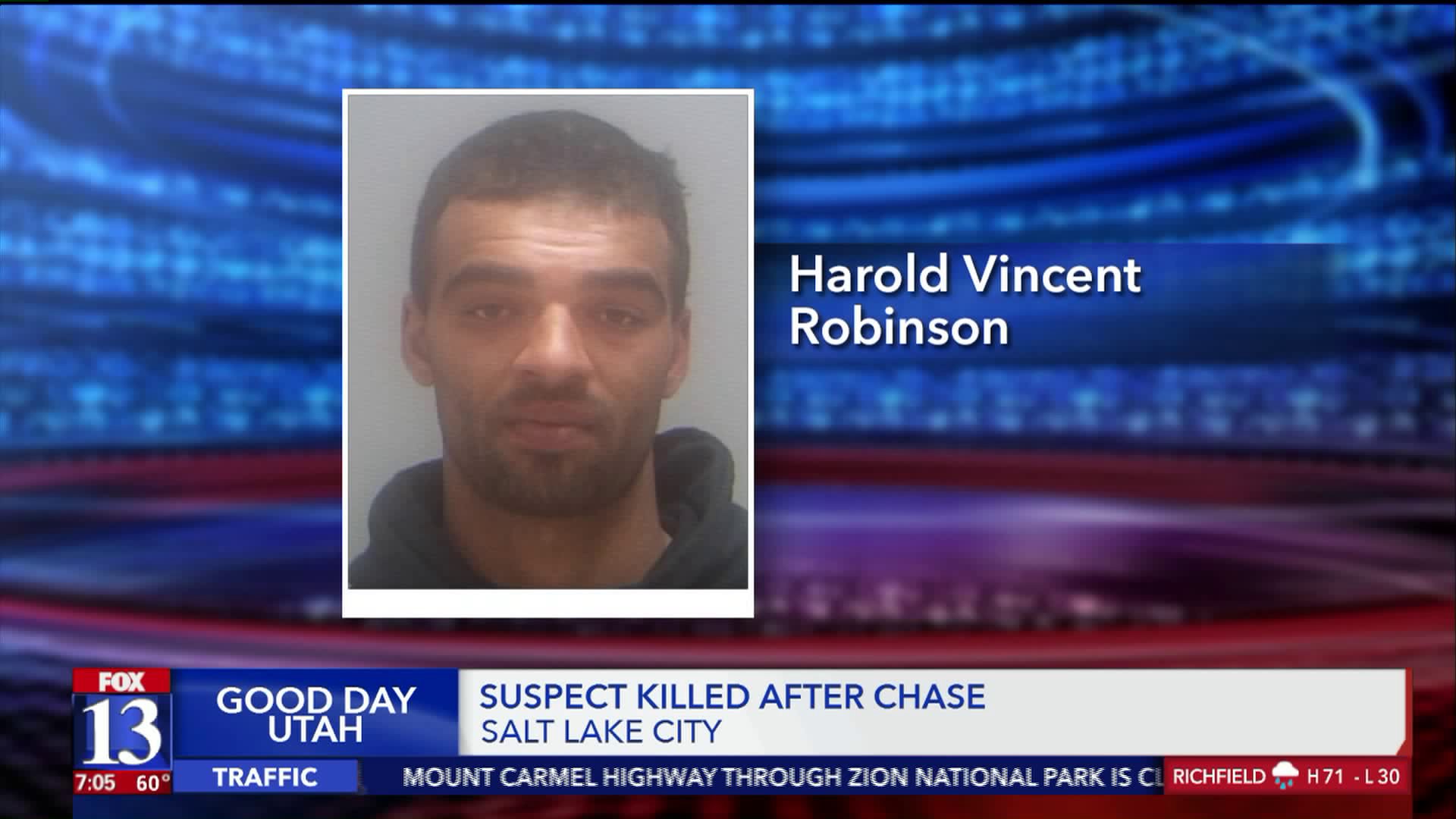 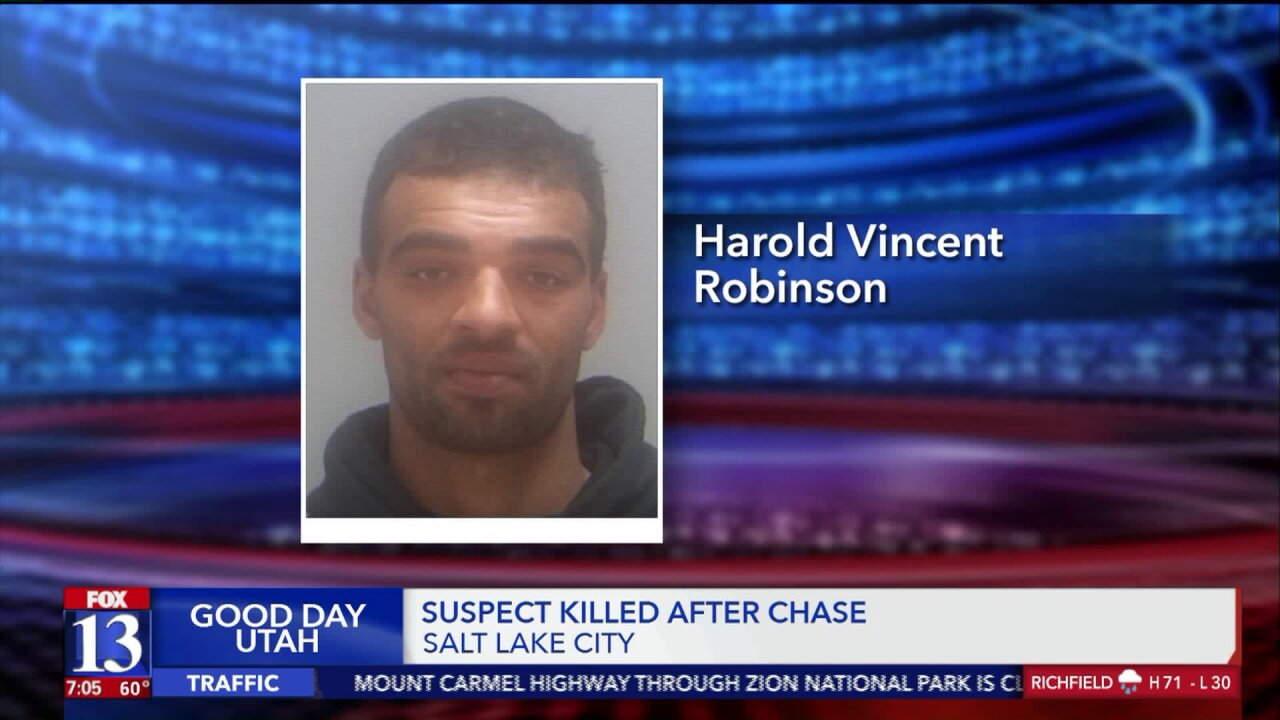 SALT LAKE CITY – The gunman is dead and one officer suffered a minor injury after police say a man fired numerous shots from his vehicle during a chase in Salt Lake City Monday.

Harold Vincent Robinson is seen in a prior mug shot.

Things began with a couple of robberies at convenience stores, one at a Holiday Oil in Taylorsville and the second at a 7-Eleven at 3300 South and 900 East. Police believe the gunman carried out both robberies.

Shots were fired at the location of the second robbery, and a chase ensued. Fox 13 first heard reports of that chase around 11 a.m.

The man was firing random shots from a long rifle out the window of his vehicle as he fled from officers. Several of those shots were fired near the Matheson Courthouse, but court operations were not affected.

“One of the officers involved in the pursuit said he was leaning out the window and firing back towards officers," said Salt Lake City Police Chief Mike Brown. “This could have been drastically different. So I applaud the officer who responded and ran into the face of danger.”

Medical responders were dispatched to the area near 500 South and 200 East, but no one at that scene required transport to a hospital.

One officer with Unified Police suffered a minor injury from a bullet ricochet during that chase, which ended when Robinson crashed into a building in the area of 3300 South and State Street and led to a road closure lasting several hours Monday.

There are no reports of injuries from the random shots that were fired, but police say there may be reports of damage or injury that come to light as they investigate the various crime scenes.