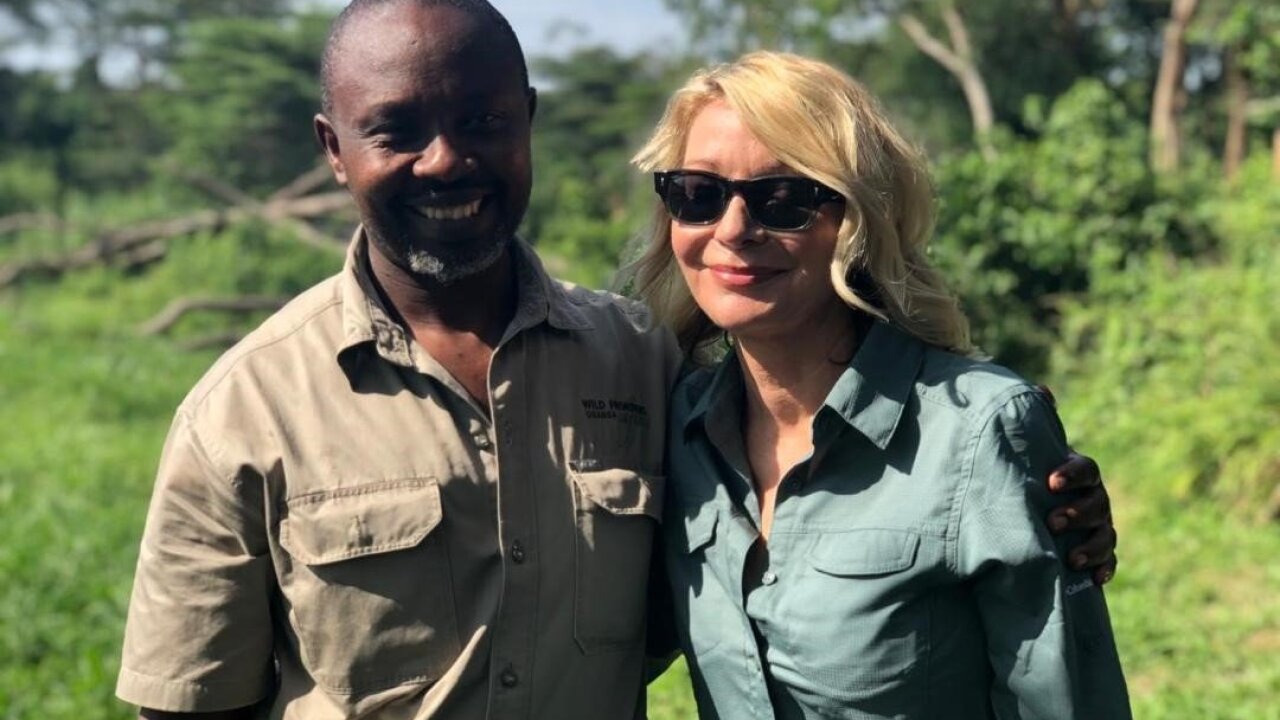 Kim Endicott and her tour guide, both were kidnapped and have since been released

It was Kimberly Sue Endicott’s dream to go on an excursion to see gorillas in their natural habitat.

That dream seemed to become a nightmare last week when the California woman and her tour guide were kidnapped at gunpoint in a Ugandan national park, taken by gunmen who later used their hostages’ cell phones to issue ransom demands.

But the nightmare ended Sunday when Ugandan security forces rescued Endicott and her guide. They were freed unharmed from the Democratic Republic of Congo, which borders the Queen Elizabeth National Park — the scene of their abduction during a game-watching drive Tuesday evening.

Four other people taken at the same time were previously released, officials said.

Endicott is from Orange County and lives in Costa Mesa, working as an esthetician there, CNN affiliate KABC reported Thursday.

Endicott’s friends told KABC that she had been enthusiastic about her trip to Uganda. One — neighbor Pascale Douglas — said that hearing the news that her friend had been abducted was like a “punch to the gut.”

“She had mentioned when I met her one of her big dreams was to go see the gorillas,” Douglas told KABC. “At the time she asked me if it was something I would consider doing also, but time went by and she ended up going on her trip.”

Ugandan police said Thursday that an armed gang had kidnapped Endicott and her guide, and made frequent demands for a ransom of $500,000 using their victims’ cell phones. Police had said they would not offer the money.

“Both were rescued from the Democratic Republic of the Congo and are safely back in Kanungu district in Uganda,” government spokesman Ofwono Opondo said Sunday.

Endicott arrived in the Ugandan capital of Kampala on Monday. Mike Rourke, the manager of Wild Frontiers Uganda, told CNN that she was in the custody of personnel from the US Embassy.

Wild Frontiers is the tour company Endicott was with when she and her tour guide were kidnapped.

Opondo said the kidnappers fled the scene of the rescue when law enforcement officers and soldiers moved in.

A US defense official told CNN that the US military had provided support to Ugandan security forces. The support included intelligence, surveillance, and reconnaissance assets and liaison officers, the official said.

Uganda’s Minister for Tourism Ephraim Kamuntu said in a televised address Sunday that authorities had been “under pressure” over the abduction. “We can now put the anxiety to rest,” he added.

Kamuntu praised local communities near the park where Endicott was taken, saying: “The media and the communities surrounding the national park were co-operative and sympathetic. They helped the security operatives in rescuing the abducted tourist and driver.”

“We also want to assure the family and friends of Ms Kimberly Sue (Endicott) that indeed as I told them the other day, the capacity of Uganda’s security (and) their know-how of the experience has proved its worth. They have rescued them unharmed. They are safe in our hands,” the minister said.

‘A quiet and peaceful’ handover

A ransom was paid to free Endicott and her guide, a source with knowledge of the exchange told CNN on Sunday. The handover was “quiet and peaceful,” the source said.

Wild Frontiers said neither Endicott nor her tour guide were harmed. A spokesperson for the company said the identities of the alleged kidnappers have not been revealed.

President Trump tweeted Sunday afternoon that he was “pleased to report” the two have been released.

“God bless them and their families,” Trump said on Twitter.

The State Department said it was aware of the rescue.

“We are aware of reports that a US citizen hostage was recovered on April 7 by Ugandan security officials,” a State Department spokesperson told CNN. “Privacy considerations prevent us from commenting further at this time.”

Correction: An earlier version of this story misstated Michael Rourke’s last name. It has been updated to correct the error.