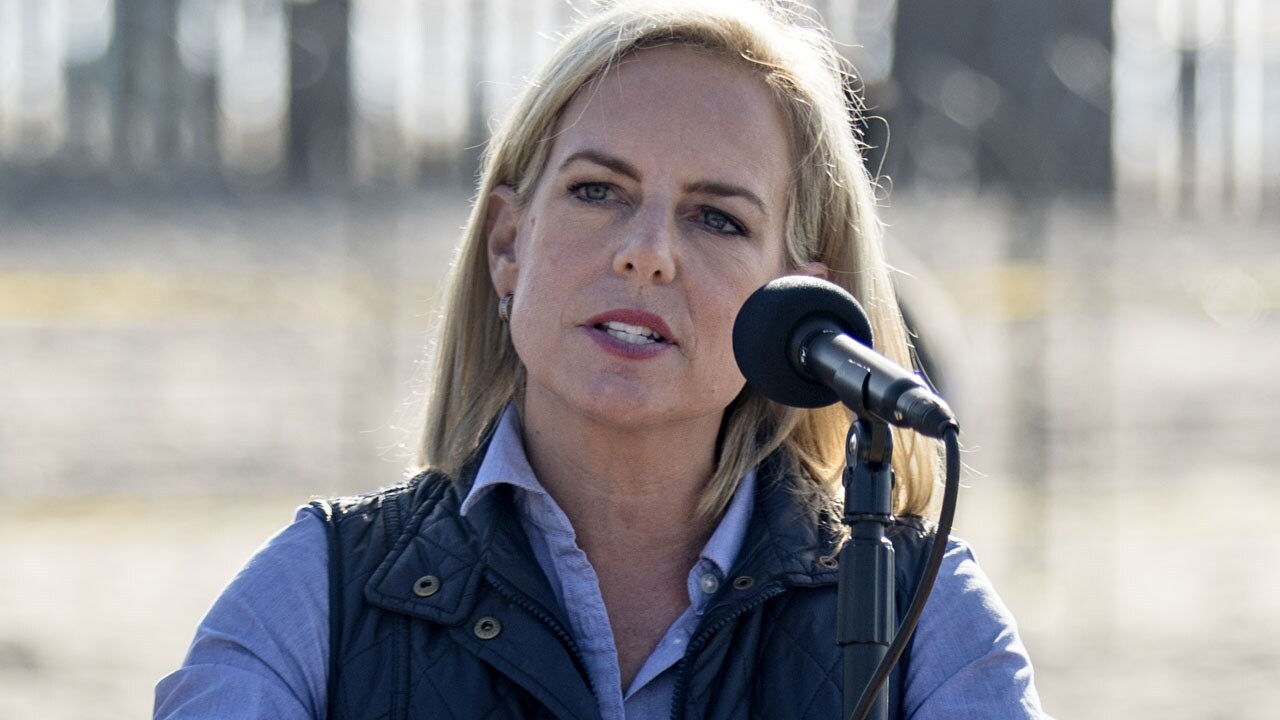 “Secretary of Homeland Security Kirstjen Nielsen will be leaving her position, and I would like to thank her for her service,” Trump said on Twitter.

“I am pleased to announce that Kevin McAleenan, the current U.S. Customs and Border Protection Commissioner, will become Acting Secretary for @DHSgov. I have confidence that Kevin will do a great job!” Trump continued.

McAleenan is a holdover from the Obama administration. He was sworn in on March 20, 2018, as commissioner of US Customs and Border Protection.

Senior administration officials told CNN that Nielsen had a 5 p.m., meeting at the White House with Trump where she was planning to discuss with him the immigration and border issues and a path forward. She had no intention of resigning, according to one of the sources, but rather was going there with an agenda.

The source notes Trump’s frustration with the current asylum laws, and his desire for individuals who work for the administration to just stop Central American asylum seekers from entering the United States, contrary to the law.

“I hereby resign from the position of Secretary of the U.S. Department of Homeland Security (DHS), effective April 7th 2018 (sic),” Nielsen wrote in her resignation letter. “Despite our progress in reforming homeland security for a new age, I have determined that it is the right time for me to step aside. ”

Nielsen has felt “in limbo” for the last week, a person close to her says, as she bore the brunt of the President’s anger over the border.

She’s been increasingly on thin ice in the eyes of the President. She did not realize how dire it was when she left the US last weekend, but quickly did, as she abruptly returned.

She did interviews — including on CNN — to try and improve the President’s souring view of her, the source close to Nielsen said, but to little avail.

“Nothing she could do or say could change how the President started viewing her,” the source close to Nielsen said.

That said, she was prepared to be fired at any moment, but did not know going into Sunday’s meeting it would be imminent.

The departure comes just days after Trump suddenly withdrew the nomination of Ron Vitiello for Immigration and Customs Enforcement director, blindsiding the Department of Homeland Security and the Hill. Nielsen was unaware what was happening until after the nomination had been pulled, a person familiar with the news said. The announcement Sunday also follows plans to cut aid to some Central American countries, marking a sudden reversal after Nielsen had days earlier visited Honduras to sign a regional compact agreement with Honduras, El Salvador and Guatemala.

Nielsen has had a tumultuous tenure that saw Trump steadily ramping up pressure on his team to execute his immigration promises, which he believes is the single driving issue for his base of political supporters.

Trump has vented privately that Nielsen hasn’t adequately secured the border or enacted stricter immigration rules, even as she became the face of policies that administration critics called heartless and illegal.

In recent weeks, administration officials have been sounding the alarm over the increase in migrants at the southern border, underscoring the change in demographics as one of the reasons for the host of challenges they’re facing. McAleenan said late last month that the US was on pace to encounter more than 100,000 migrants in March alone, making it “the highest month since 2008.”

“Right now, we have an emergency on our hands. We need to treat it as such,” Nielsen told Chris Cuomo on CNN’s “Cuomo Prime Time” Thursday. Nielsen, who served in President George W. Bush’s administration, never overcame internal skepticism about her allegiance to Trump. She joined the administration as chief of staff to John Kelly, who was Trump’s first Homeland Security secretary.

When Kelly moved to the West Wing as chief of staff, Nielsen followed, becoming a deputy chief of staff tasked with helping Kelly bring rigor to a freewheeling staff.

The role didn’t gain her popularity, but it helped her gain enough of Trump’s trust to elevate her to the Cabinet post.

But at the agency that oversees border protection and immigration matters — Trump’s signature issue — it was inevitable Nielsen would find herself in the President’s crosshairs.

After a previous Cabinet meeting during which Trump berated her for not acting strongly enough on preventing illegal immigration, Nielsen considered resigning, people familiar with the matter said at the time.

She didn’t then, and went on to become one of the public faces of a controversial policy that separated families at the southern border.