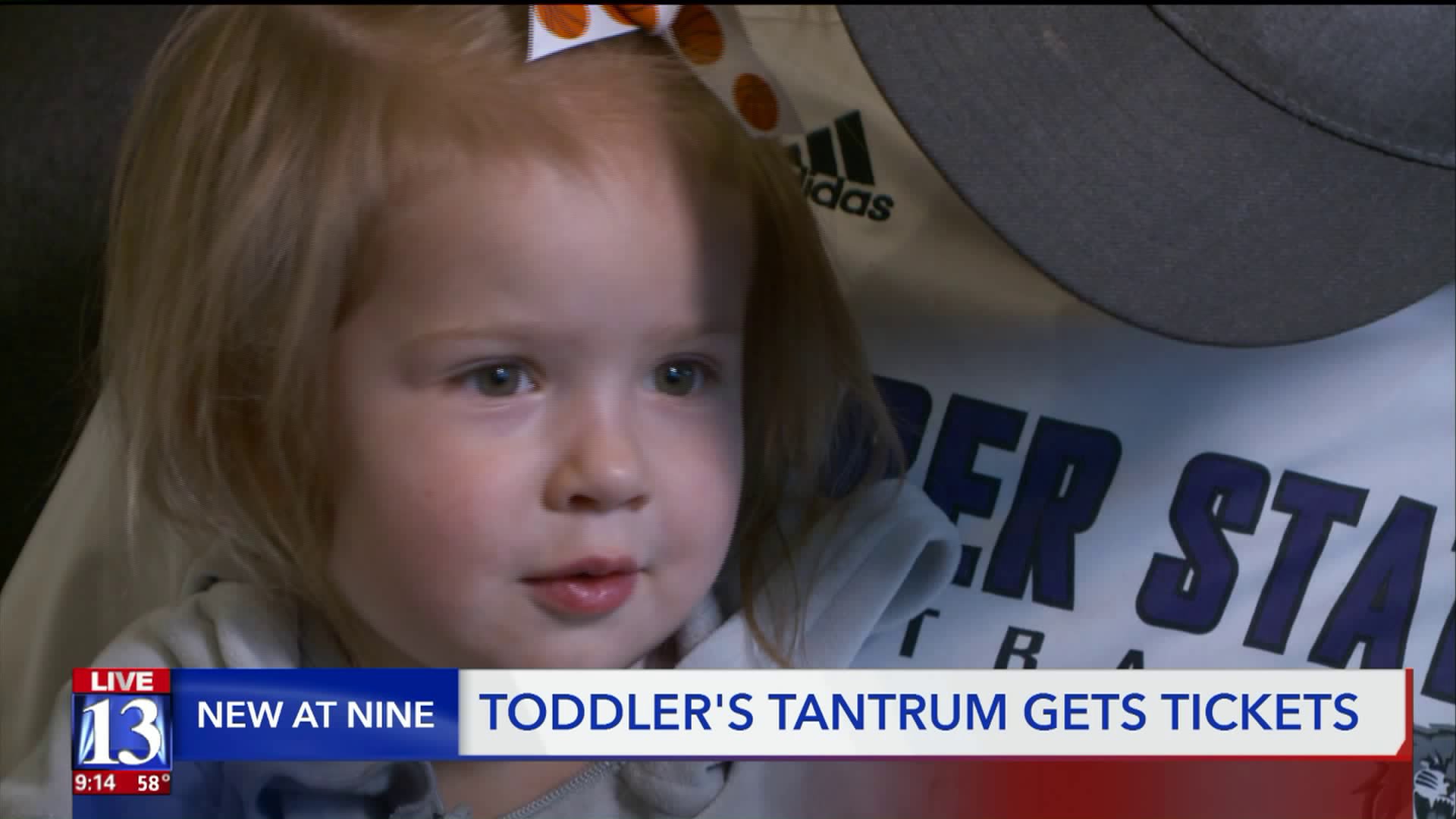 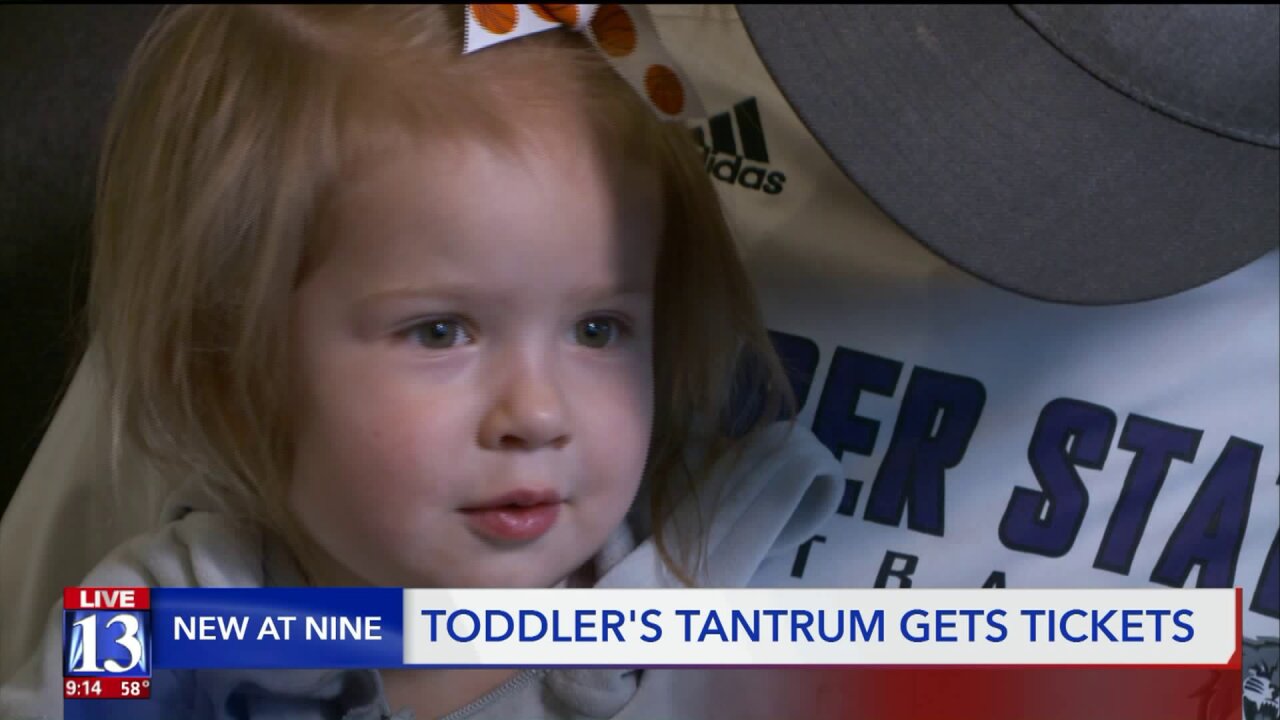 HOOPER, Utah – A Utah family received a big surprise from Donovan Mitchell after sharing a video of their toddler’s post Jazz game meltdown.

At just 3-years old, Evie Tulane may be one of the Utah Jazz’s biggest fans.

“Donovan Mitchell!” You can hear Evie shouting at the TV when she spots the Jazz player’s bright orange shoes on the court.

Like many other Utahns, Evie just loves Donovan Mitchell.

“I see him! Dad, I see him!” she continued to shout as she watched the game.

She and her dad rarely miss a game.

“I kind of force her to watch the games with me, kind of hang out, have some daddy-daughter time that way,” smiled Evie’s dad, Mitch Tulane.

Nothing can stop Evie from watching the Jazz, not even bedtime.

“Donovan Mitchell!” Evie shouted at her dad from the top of the stairs while he filmed her on his cell phone.

“You want to watch Donovan Mitchell?” Mitch asked as Evie nodded her head. “But it’s time for bed,” he said.

“Watch Donovan Mitchell!” she yelled back.

Little did little Evie know, the game was already over.

“I’m so sorry the game is already over,” Mitch tried to explain. Still, Evie persisted, “I want Donovan Mitchell!”

@utahjazz Evie is really upset that it’s time for bed and she would rather be watching @spidadmitchell @BR_NBA @NBA @SportsCenter @SPORTalkJazz pic.twitter.com/DbVTtRCip1

“That was kind of my only hope, is that he [Donovan] would see it and know that he’s got fans all over the place,” said Mitch.

Now his toddler’s temper tantrum is getting the whole family a sweet treat from the Utah favorite.

After seeing the video Donovan Mitchell responded saying, “I’ll make sure you guys have tickets to our last home game if it’s not past her bed time.”

I’ll make sure you guys have tickets to our last home game if it’s not past her bed time 🤷🏾‍♂️🤷🏾‍♂️😂😂 https://t.co/DrKjn30RCe

“This time her bedtime’s going to be a little bit later I think,” Mitch laughed. “When we get home from the Jazz game is bedtime.”

Mitch and his wife, McKenna, filmed Evie’s reaction as they told her the news. Her only words, “Oh my gosh! I love Donovan Mitchell!”

The family said they haven’t heard from Donovan about getting the tickets yet, but they are excited to be able to watch the Jazz in person at their last home game on Tuesday.