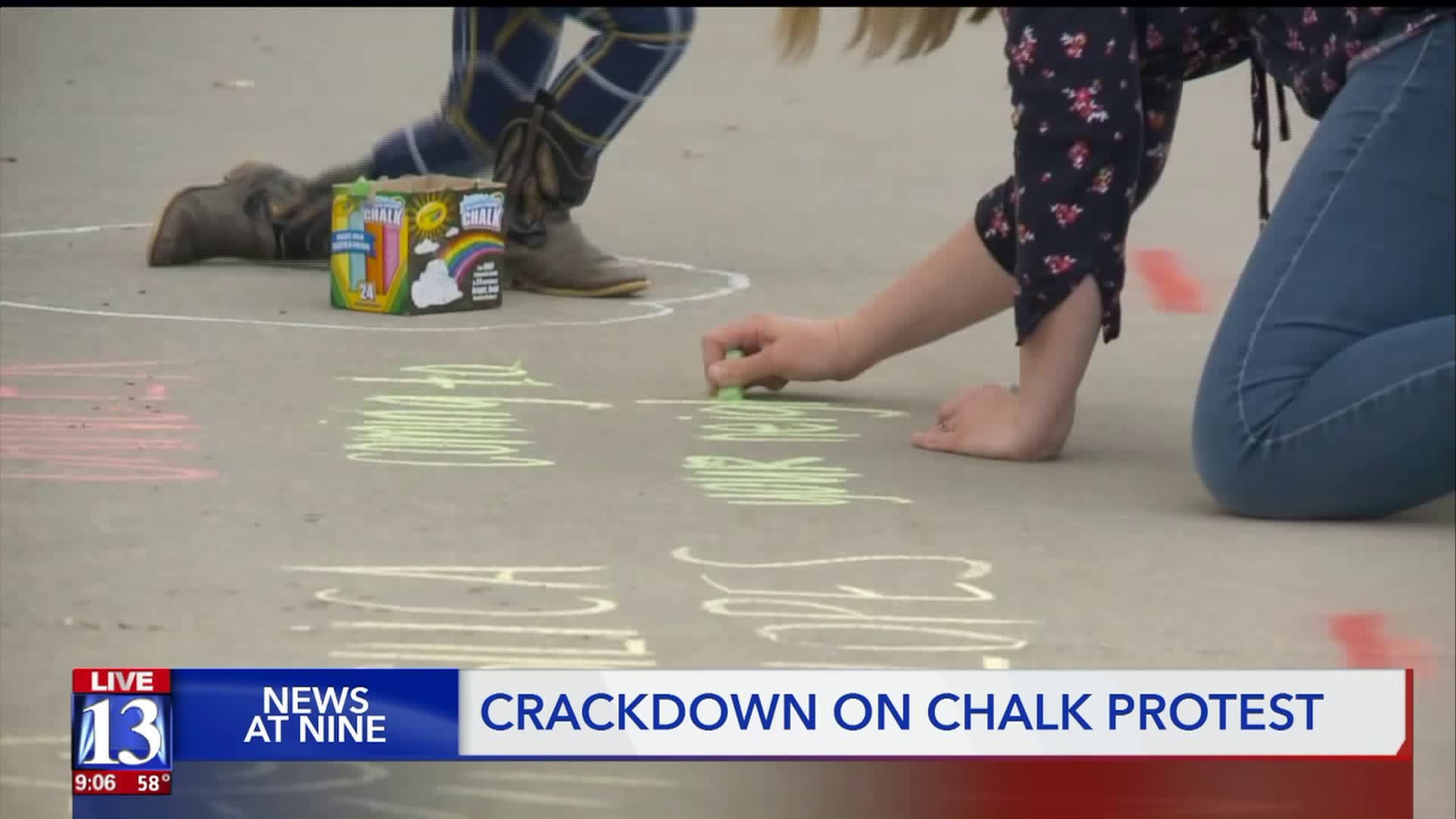 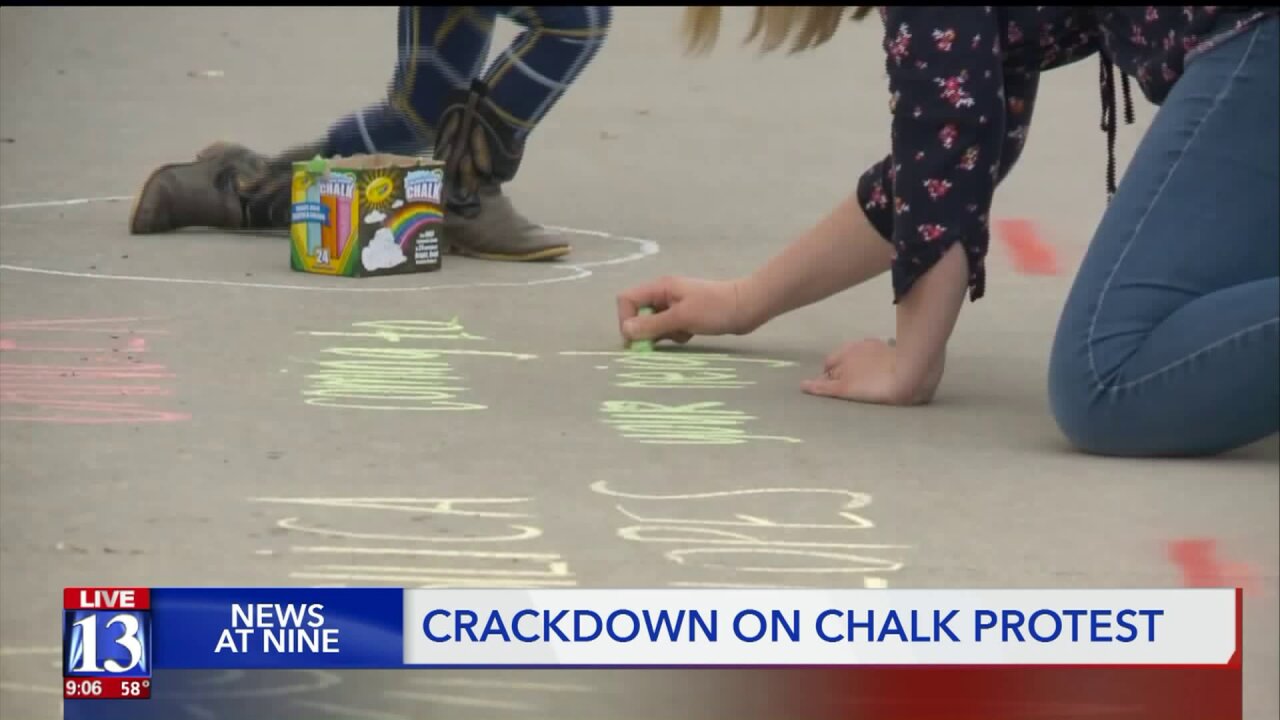 LEHI, Utah — The city of Lehi and police are cracking down on protestors who are using sidewalk chalk to purvey their message, claiming it’s a form of criminal mischief.

With toddlers in tow, the group, Utah Mothers for Clean Air, picked up sidewalk chalk Friday to put their message down on the pavement surrounding Lehi City Hall.

“We say please, we say thank you, we draw suns and butterflies and flowers,” said Cherise Udell with Utah Mothers for Clean Air.

Between the sunshine and stars scattered across the sidewalk in brightly colored chalk, messages.

Among the messages were things like, “Stop the mining operation” and “Please protect our children.”

“We feel confident this is a safe and fun way to express our opinions and voices,” said Udell.

The protest, sparked by a potential Geneva Rock gravel pit near the homes on Traverse Mountain.

“Like all mothers, we will do what we have to do to protect our children’s health,” said Udell. “We want to stay within the law, but we want to find creative ways to express ourselves like this chalk art.”

However, the city of Lehi didn’t think their artwork was so innocent.

“Especially when there’s a cost involved of clean up to the city, it crosses a line of what their protest is to a possible aspect of criminal mischief,” Kirkham continued.

Kirkham was sent to break up the group’s chalky protest.

“This is causing monetary loss because they [the city] have to clean it up, so we ask that you just protest in a different manner, that you don’t deface anything,” Kirkham can be heard saying after approaching the protestors and asking them to stop.

Not even an hour after the protestors left, the city had their work washed away. Police, claiming it had nothing to do with what was drawn or the messages.

“They are complaining that we are having taxpayer dollars to have the sidewalks cleaned when the reality is the next spring rain will erase them,” Udell said. “The fact is, they just don’t like our message and they are wasting money silencing our voices.”

“It may rain tomorrow, well the city wants it cleaned up today and immediately, they don’t want it on their property,” Kirkham said.

FOX 13 reached out to the city for comment, they said they had nothing more to say at this time.

This is the second time the group has performed a chalk art protest – they did the same thing Tuesday; the city had the chalk washed away.

Lehi police said if these protests continue, the protestors could be screened for criminal mischief charges. They said the city does not want it to come to that.