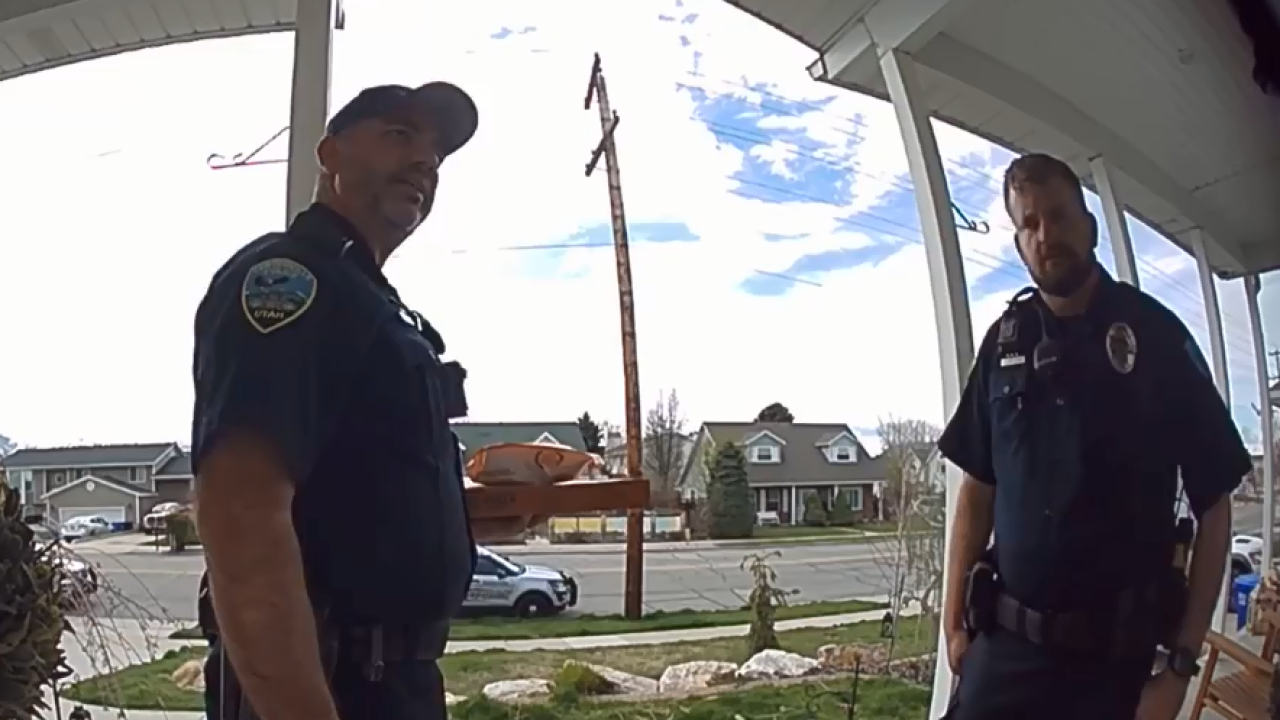 CENTERVILLE, Utah — A Centerville family is thanking their local police for an act of kindness that was captured on the family's doorbell camera.

Randy Archibald shared the touching story on Facebook. He wrote that his family, including a daughter with autism, went through a difficult day Thursday.

The doorbell cam footage (above) shows two uniformed officers dropping off a pizza and a 2-liter bottle of root beer to brighten the family's day.

FOX 13 will update this story with more details as they become available.