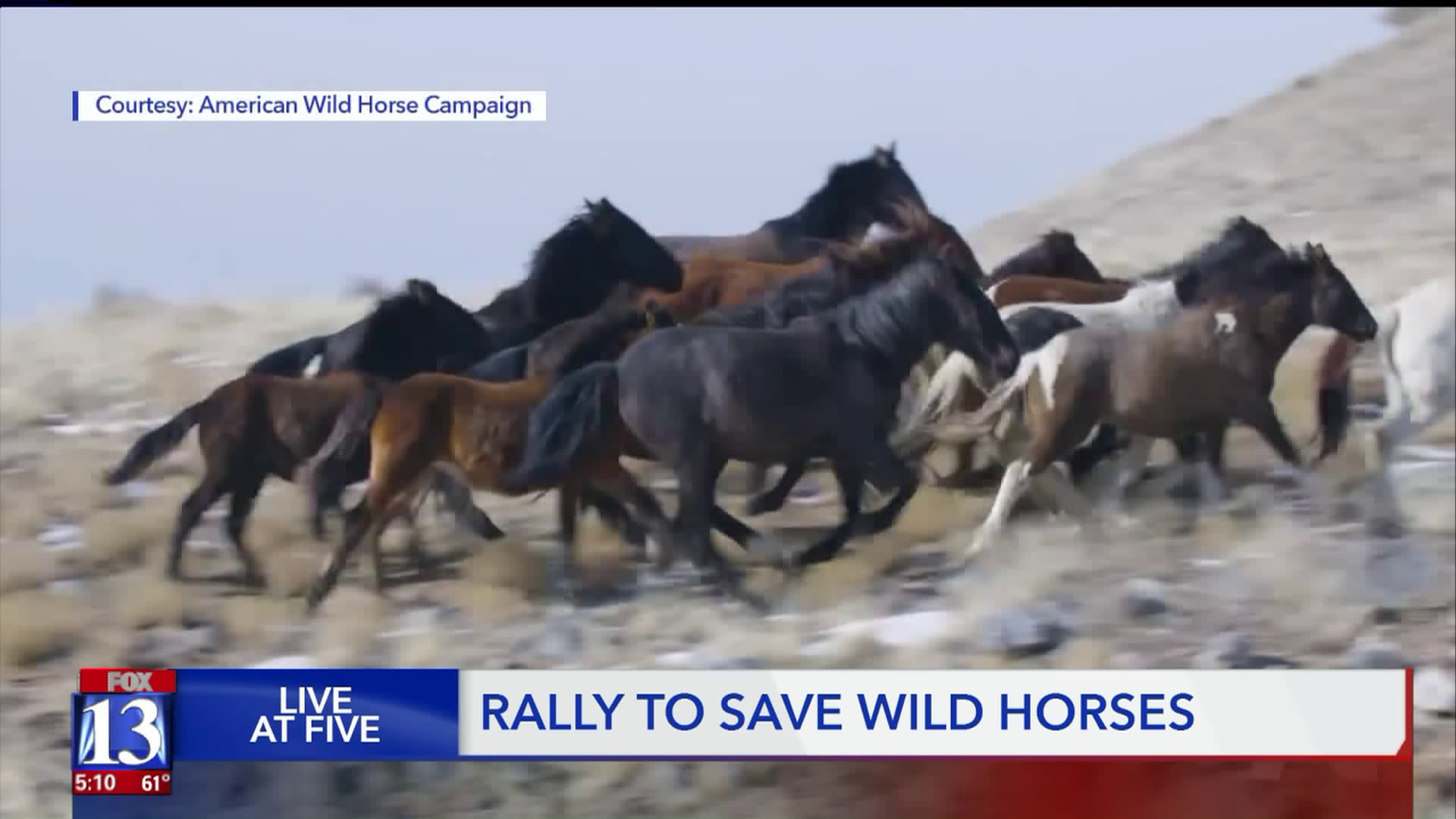 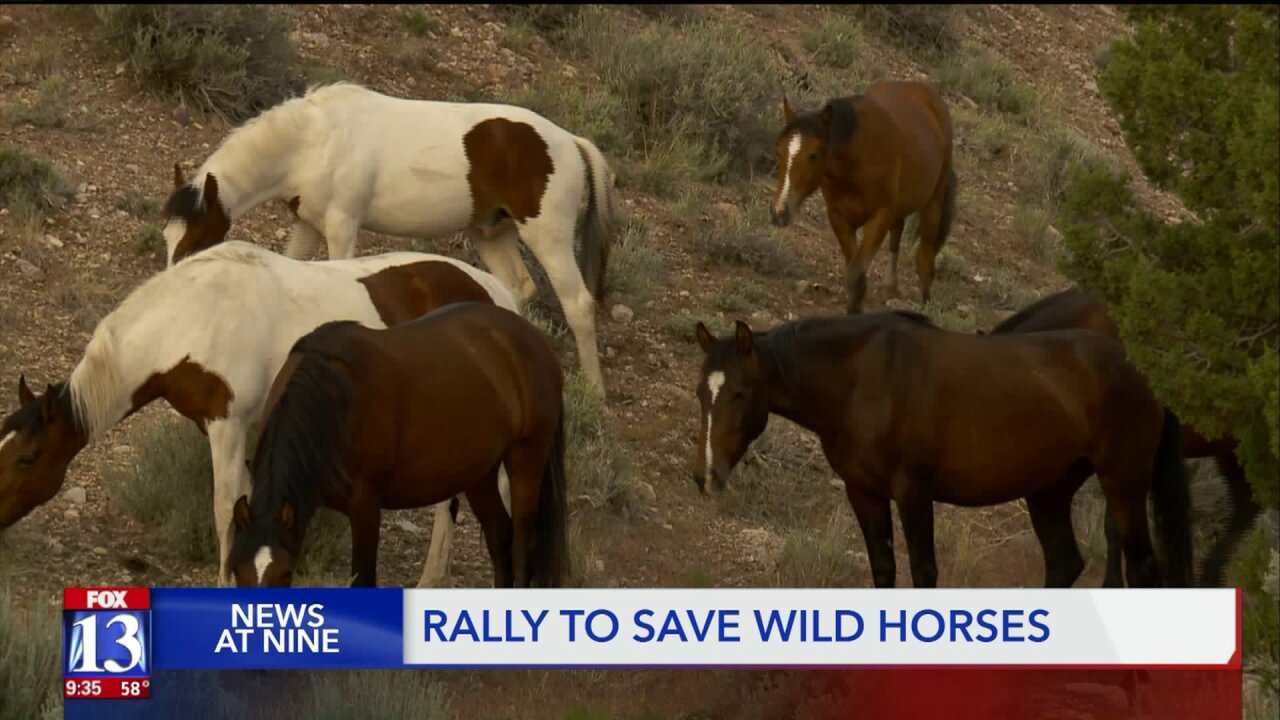 SALT LAKE CITY – People from all over the country rallied in front on the Bureau of Land Management building Thursday morning to save the Onaqui wild horse herd.

The Onaqui wild horses are some of the most photographed horses in the country.

In December 2018, the BLM concluded that the Onaqui wild horse population has grown too much and the numbers need to be managed.

“The numbers are probably higher than they’ve ever been on the Oanqui’s and that’s very concerning to the integrity of the rangelands ultimately to the health of the horses,” said Gus Warr, wild horse and burrow program manager for Utah for the BLM.

The BLM says there are currently about 510 Onaqui wild horses roaming the land and the numbers need to be between 121 and 210.

“The area that the Oanqui’s are in, I mean we have less than 10 inches of rainfall, just west of there, near Wendover or the western part of Utah four inches of rainfall, so you can see those are very fragile ecosystems and so we have to manage that population because of limited forage, limited water,” said Warr.

“The BLM issued a press release in which they stated their intent to round up 80 percent of this amazing herd and 80 percent gone of this herd would just absolutely devastate them it would devastate their herd dynamics their band structures and social structures,” said President of the Salt River Wild Horse Management Group Simone Netherlands.

The BLM would like to administer fertility control vaccines to many of the horses and gather and remove a large portion of them to be put up for adoption.

“If we can reduce the overall population down to that appropriate management level it’s going to be much easier to thus do an annual fertility control treatment to keep a population possibly stable where we don’t even have to go in and gather for maybe another 10 years,” said Warr.

“We want to bring the population down humanely, but we don’t want that population to be so low that the structure of that herd is gone,” said Netherlands.

The BLM says at this point, while they have decided a roundup of the horses is necessary, there are no plans to immediately remove the horses and there is no scheduled gather for this fiscal year.

“Our goal out here today is to strike an amazing deal with the BLM for these wild horses to manage them humanely in the field through birth control and lower their numbers that way so that it doesn’t cost the taxpayers so much money and that it doesn’t devastate this herd,” said Netherlands

Netherlands and other members of the Salt River Wild Horse Management Group and the American Wild Horse Campaign were able to meet with the BLM to hopefully come up with a solution.