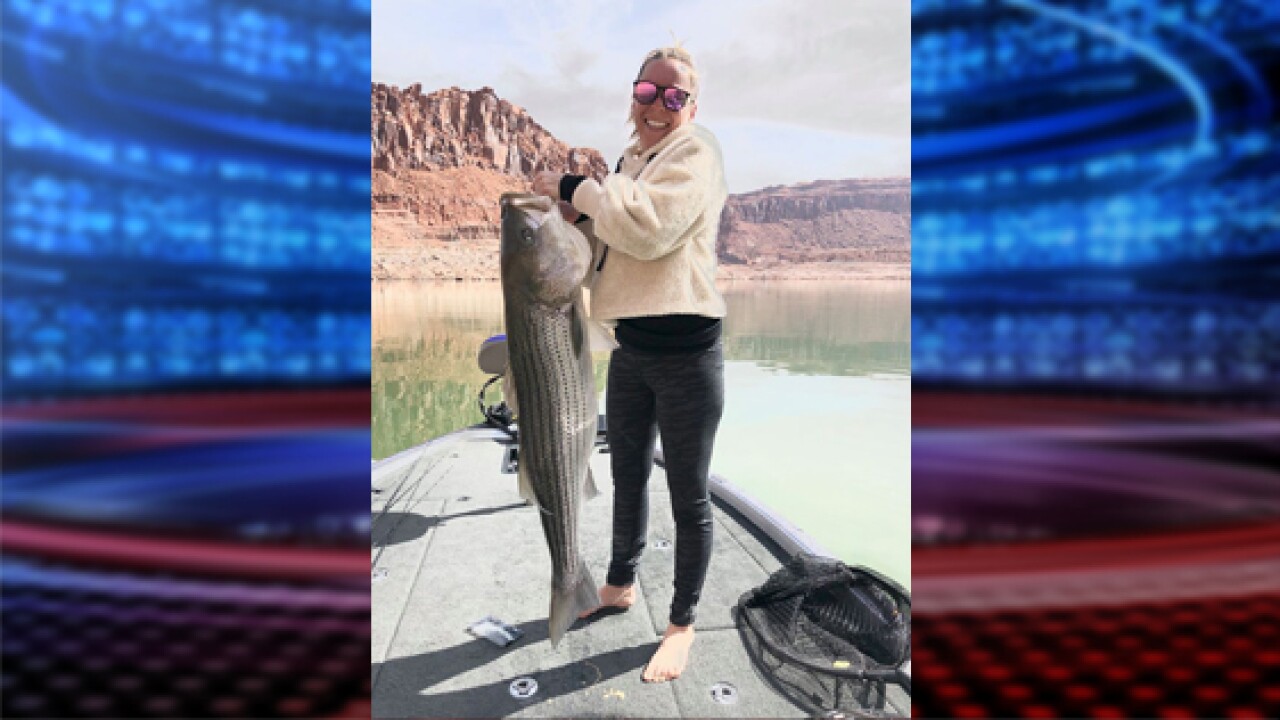 LAKE POWELL, Utah — A woman reeled in a massive striped bass at Lake Powell Tuesday, and a local fishing expert said it’s the biggest striped bass catch at the lake since the 1990s.

Heather Litke and her husband Ryan were fishing in the San Juan River arm of the lake Monday and Tuesday, according to a fishing report on the Utah Division of Wildlife Resources website.

Although they had some good success catching bass on Monday, Tuesday morning turned out to be slow at first. Then, around 11:15 a.m. Tuesday, Heather knew she had hooked something big.

“As she played the fish for a few minutes Ryan realized it might be a bigger fish, so he started to take more interest in what was happening. Needless to say, after fighting the fish for another 5-10 minutes, Ryan saw a flash and realized Heather had a good, if not great striper, and that is when he went into big fish mode and forgot everything else,” the report said.

Heather and Ryan decided their fishing net wouldn’t suffice to get the huge striped bass into their boat, so they tired it out.

“When it rolled over near the boat, Ryan grabbed it by the mouth and yanked it over the side of the boat,” the report said.

Ryan quickly measured the fish at 35.33 pounds and 44.5 inches, according to the report. After taking a few pictures, the couple released the fish back into Lake Powell in hopes that someone else might reel it in one day.

“Since the 1990s, anglers have only caught 30-pound stripers,” the report said.