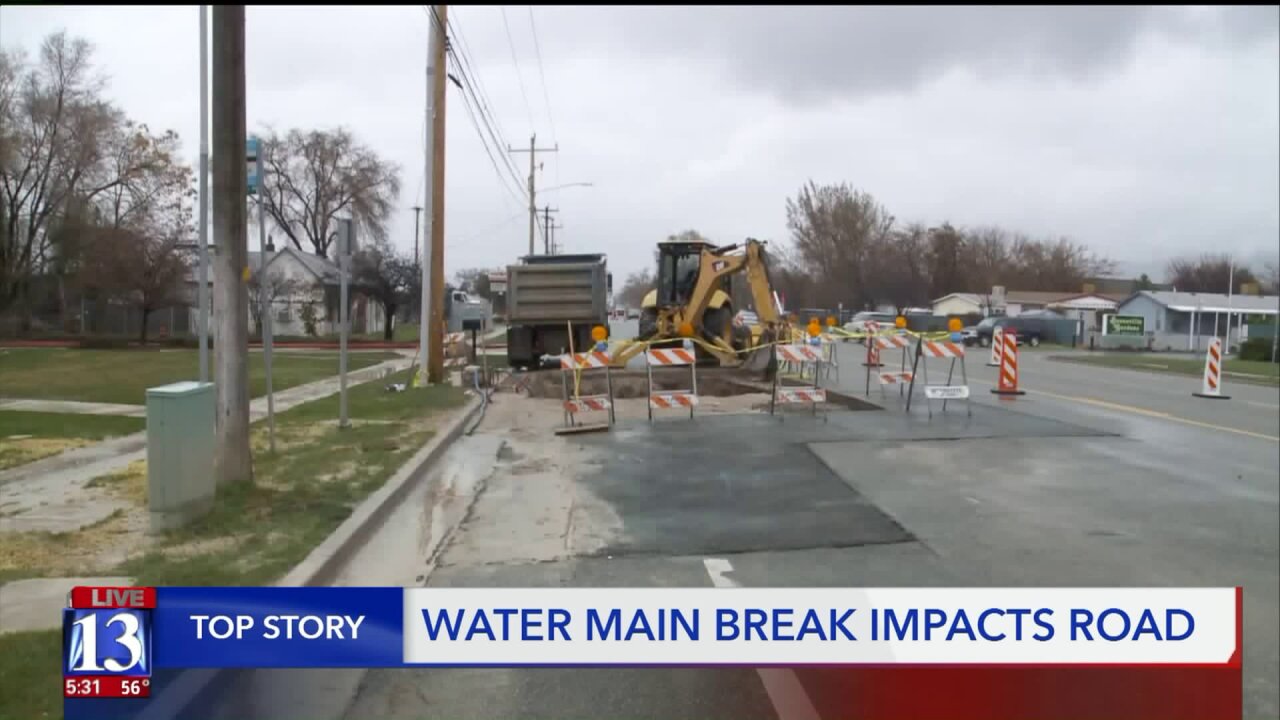 SALT LAKE CITY – Clean up is just getting underway for a water main break that happened Wednesday morning on Redwood Road.

The water from the break ended up flooding nearby business Best Drive Commercial Tire Center.

Employees with Best Drive Commercial Tire said when they got to work on Wednesday morning, they had six-to-seven inches of standing water in their shop.

“It’s a little crazy coming in to work seeing everything that you do daily is underwater and not really having any control over it, it’s a little unfortunate but you just got to keep trucking on,” said Trenton Browning.

Salt Lake City Public Utilities say they’re not sure what caused the break, but it’s most likely due to aging pipes.

“We have a lot of empathy because they were affected by the break on Sunday – it was actually the same water line so one of the things, we are doing is cutting that section of pipe and bringing it back to our facility to investigate the cause of the break,” said Director of Salt Lake City Public Utilities Laura Briefer.

The water main break that happened on Sunday also contributed to the flooding inside Best Drive Tire, according to Browning.

“We had a water main break just a couple of feet from where this one broke and it broke Sunday so it filled our retention pond and then when this one broke today, all of our drains run to the retention pond and since it’s already full it just all collected within the parking lot and like I said it’s about knee to waist deep in most spots of the parking lot,” Browning said.

He added the shop is filled with electrical equipment and a lot of that equipment is now underwater.

Browning said the shop will be closed for the rest of the week and Salt Lake City Public Utilities says it could be three to four days before repairs are made and the road is back to normal.