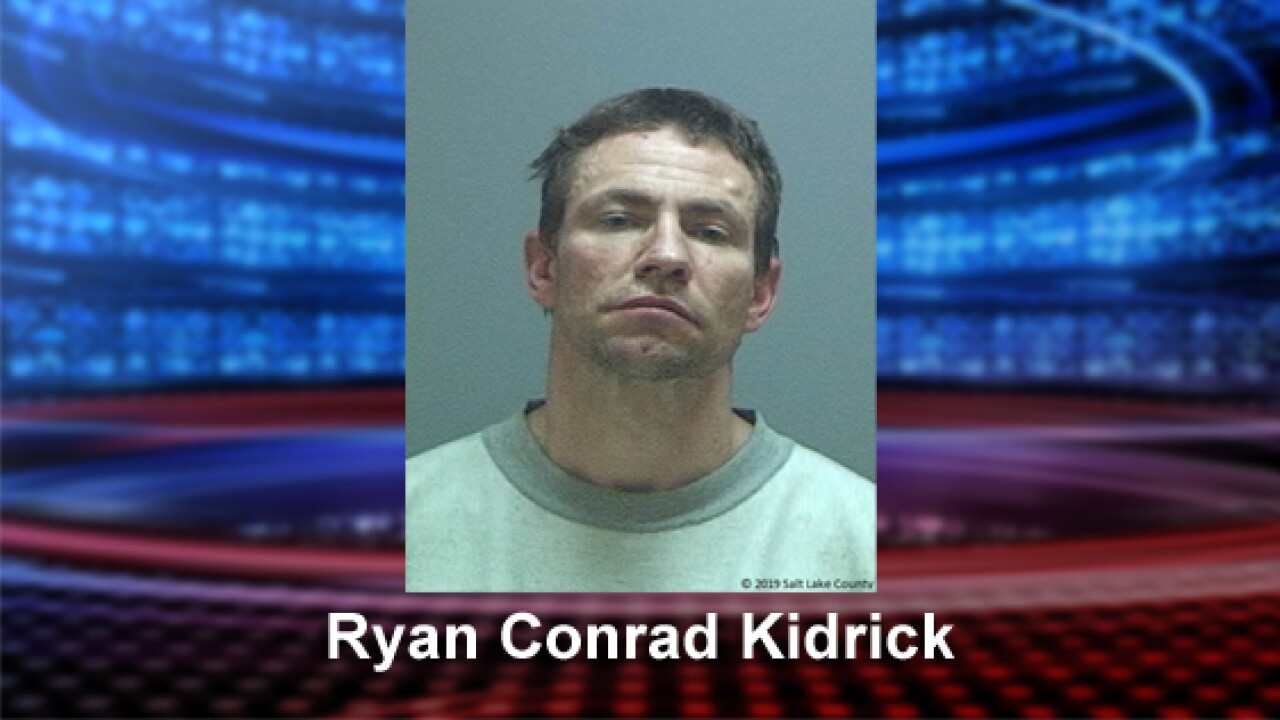 SOUTH SALT LAKE, Utah — A South Salt Lake man has been booked into the Salt Lake County Metro Jail in connection with a hit-and-run incident that left one man dead and another critically injured.

Ryan Conrad Kidrick, 41, was arrested after a witness to the auto-pedestrian crash identified him in a photo lineup.

According to the South Salt Lake Police Department, two men were crossing the street during a green crosswalk light, but the light turned red while they were in the intersection.

Police said the victims were struck by a dark Chevy Trailblazer while they were in the crosswalk.

The case will be screened by the Salt Lake County District Attorney’s Office.