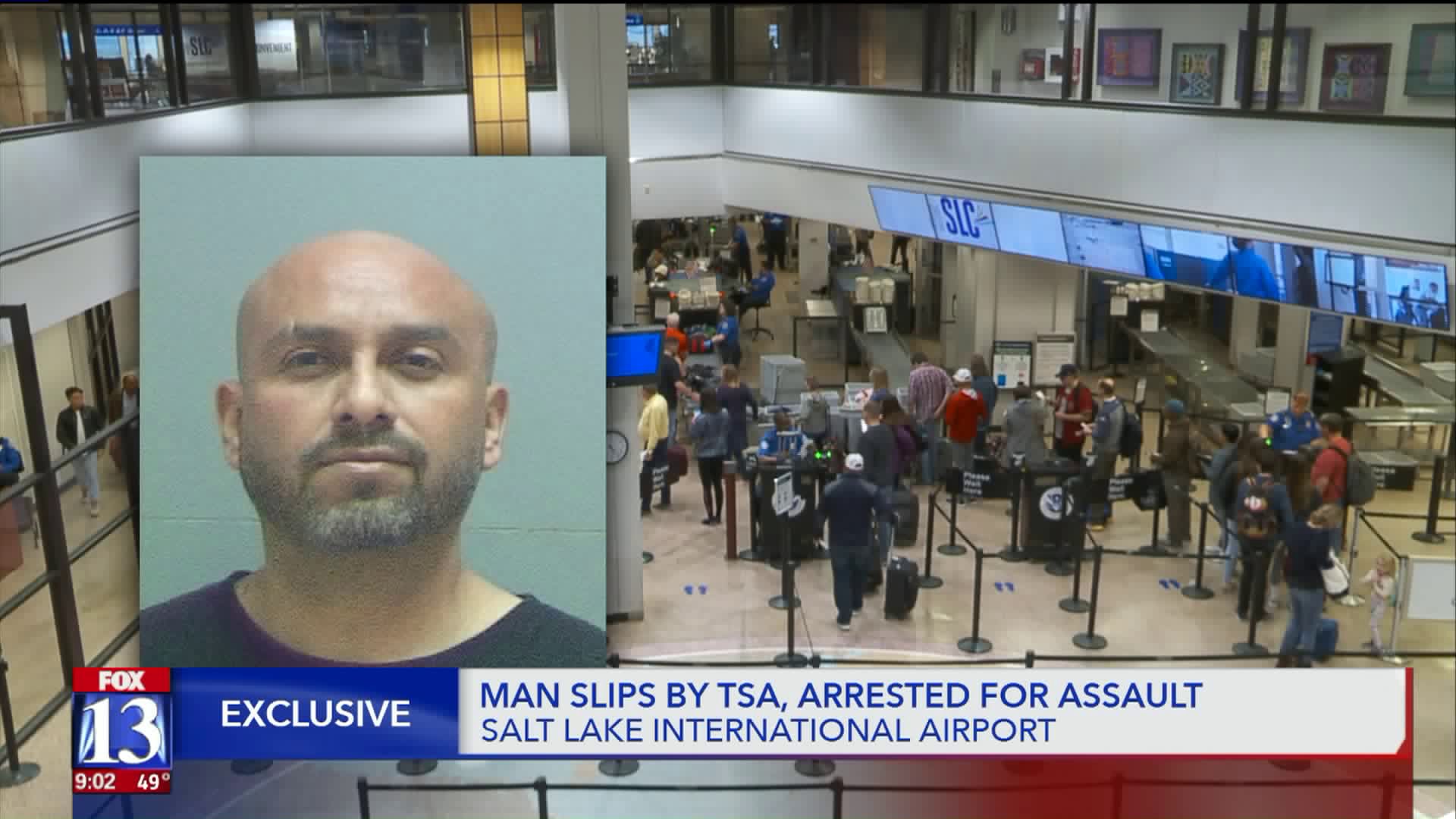 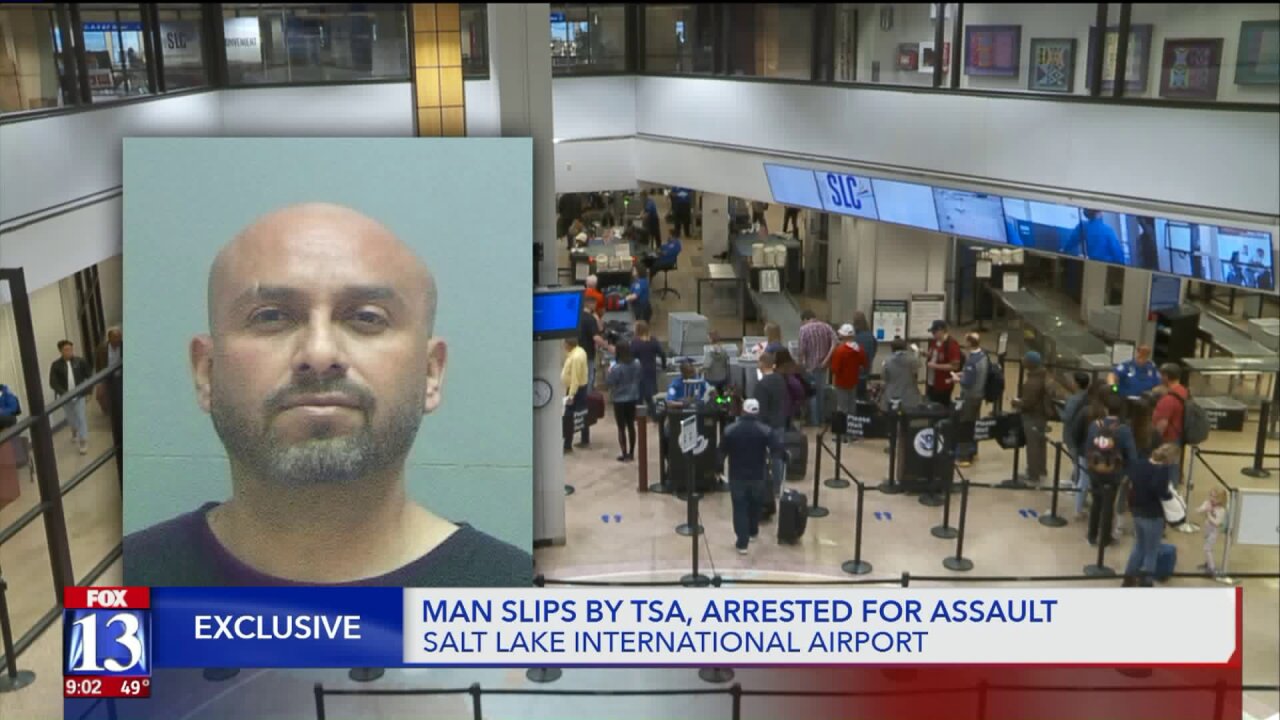 SALT LAKE CITY — Federal agents are investigating after a man allegedly slipped past TSA officers at Salt Lake City International Airport and assaulted another man over the weekend.

Lance, who asked FOX 13 not to use his last name, said he was in Terminal 1 waiting for his flight when something struck his head.

"[It hit] so strongly that I went black. I thought something had fallen from the ceiling, or a piece of equipment had hit me," Lance said. "[He] hit me again and hit me again and I knew then I was being attacked I just didn't know who and why.

Those nearby watched as Lance was hit five times in the back of the head and twice in the face.

At that point, blood dripped down Lance's face. The assailant took Lance's phone off a table and walked about 50 feet down the hallway, leaving Lance in a state of "complete confusion."

Lance would later learn that his attacker never should have been on the secure side of the airport.

"The suspect arrived at the airport and simply walked passed the TSA agent working at screening 1 verification reader," Lance said.

Lance said he doesn't know why he was targeted, but he believes one explanation is that the suspect saw him showing a TSA officer a digital copy of his boarding pass on his phone.

"In light of what our country has gone through in the last twenty years, this should not be happening at all," Lance said.

The TSA issued the following statement:

"TSA’s travel document verification procedures were not properly followed at Salt Lake City International Airport on Saturday, March 30. As a result, an individual who was not ticketed for travel gained access to the sterile area of the airport. The individual and his belongings were screened through the security checkpoint with no alarms. TSA will cooperate with law enforcement in its ongoing investigation.”

The TSA officer who was performing document verification duties at the time has been given remedial training.