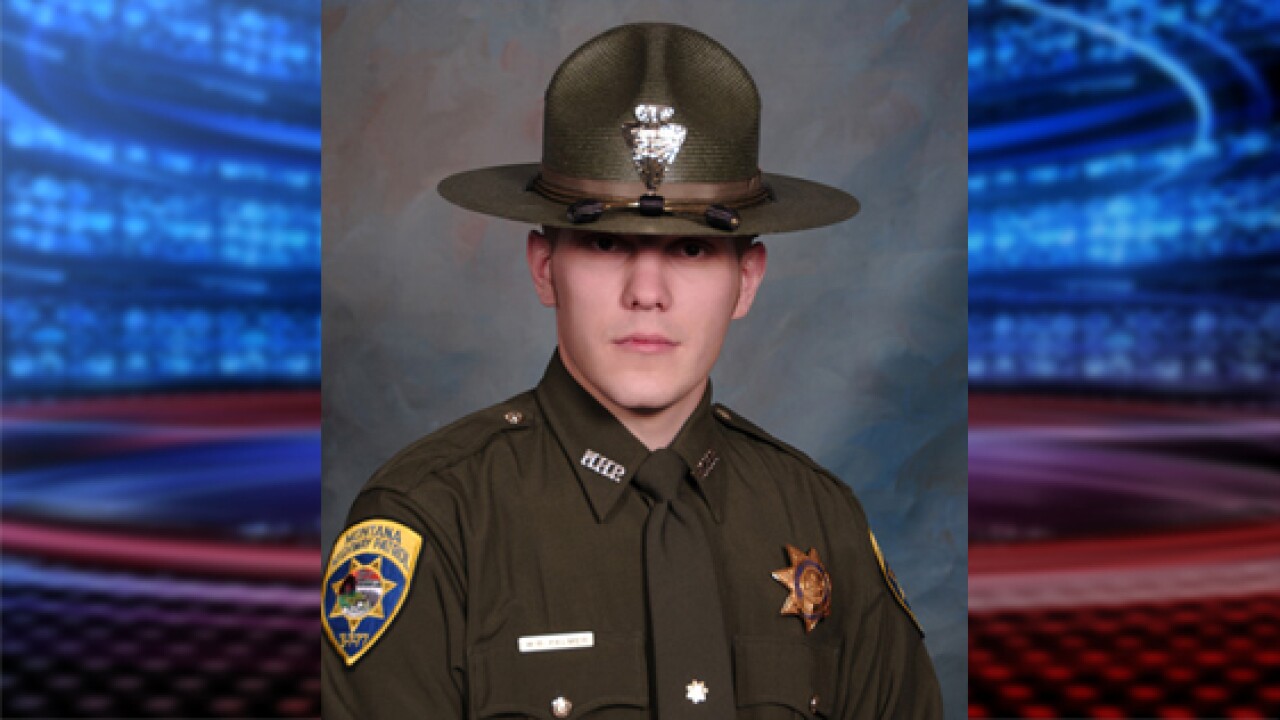 SALT LAKE CITY — A Montana Highway Patrol trooper who was flown to a Salt Lake City hospital after he was shot last month has regained consciousness.

Trooper Wade Palmer suffered gunshot wounds to the head, face and neck in an incident near Evaro, Montana on March 15. Palmer had been investigating a shooting in Missoula that left one person dead and two others injured the night before.

Palmer was initially treated at St. Patrick Hospital, then airlifted to University of Utah Hospital, where he was placed in a medically-induced coma in extremely critical condition.

Palmer is no longer in critical condition, and he has been moved from University of Utah Hospital’s Neuro Critical Care Unit to the Neuro Acute Care Unit, an update from the Montana Highway Patrol said.

Palmer has shown signs that he can recognize certain people and commands, but all of his interactions have been non-verbal, the update said.

“We are immensely grateful for Trooper Palmer’s progress,” said Colonel Tom Butler, chief of the Montana Highway Patrol, in Tuesday’s update. “We remain hopeful as we see Wade continue to heal and make positive strides, however, we are fully aware that he has a long journey ahead of him. “We will be with him and his family every step of the way and we thank the public for their continued support and prayers.”

Palmer is scheduled for reconstructive surgeries on his jaw on Thursday.