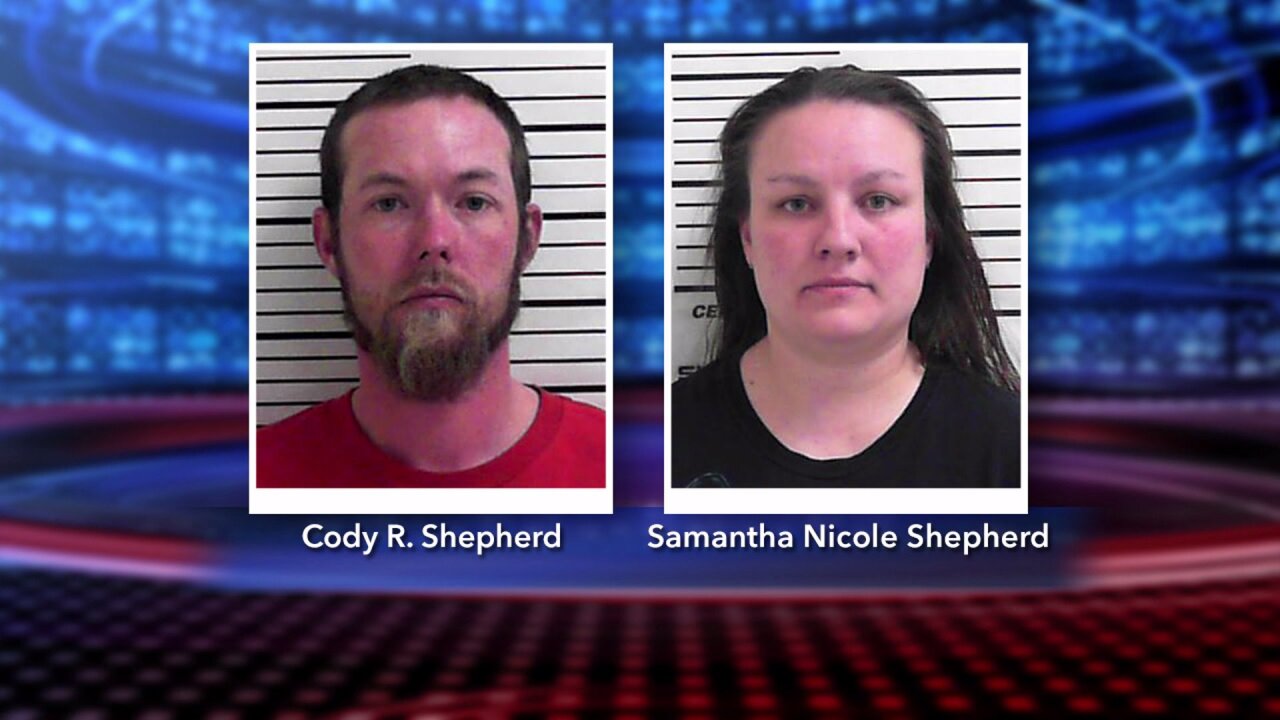 LAYTON, Utah — A Utah couple was arrested on numerous charges after a juvenile relative said the pair sexually abused her over the course of several years.

Charging documents indicate the alleged victim reported the abuse to Layton Police and said the abuse at the hands of her relatives began at a young age and continued for several years.

Police arrested Cody Shepherd, and he faces numerous felony charges that include rape of a child, sexual abuse of a child, and sexual exploitation of a minor.

Both were arrested Thursday and booked into jail in Davis County.