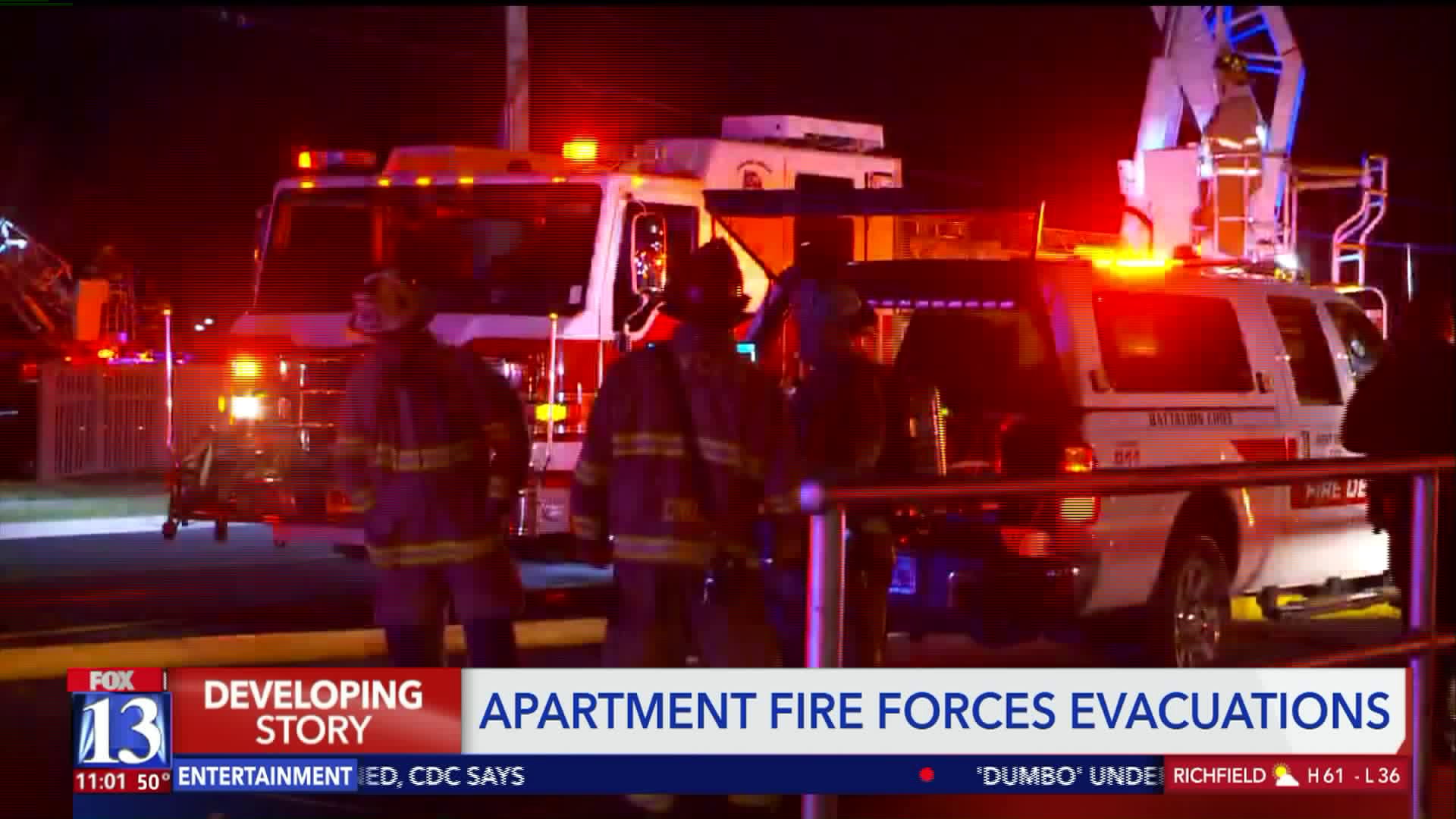 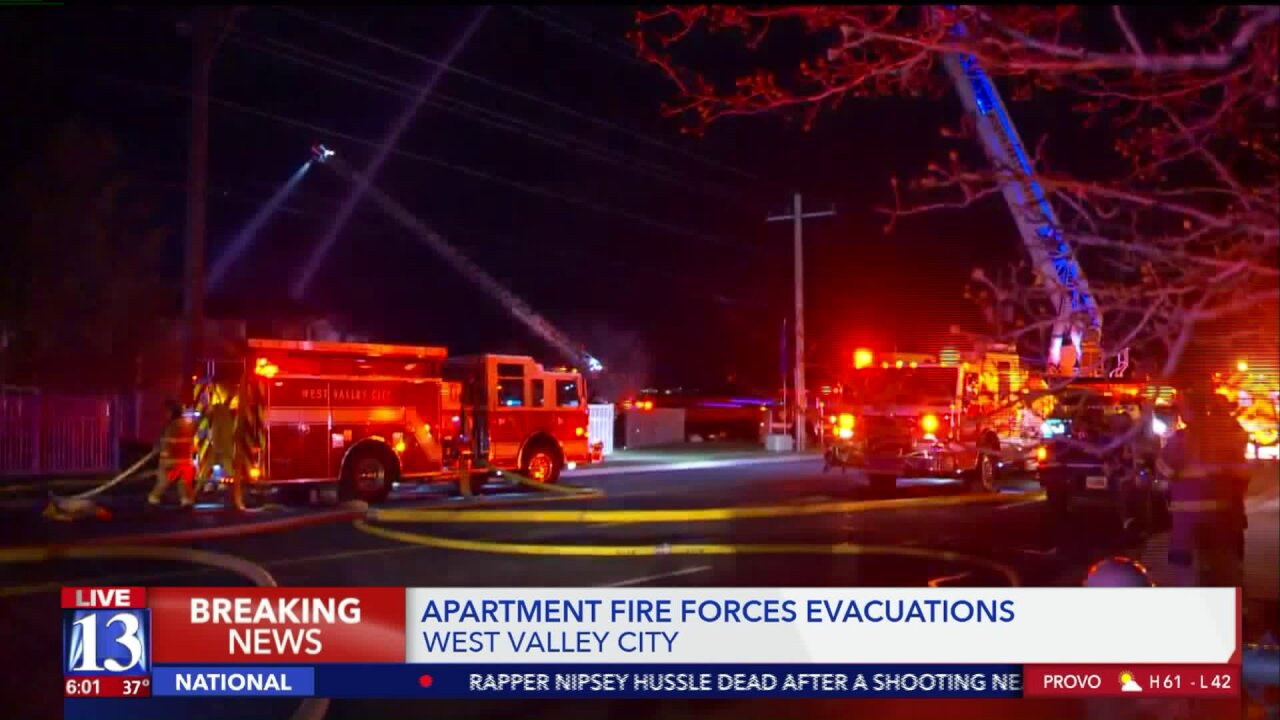 WEST VALLEY CITY -- Residents in more than a dozen apartments in West Valley City were displaced Monday morning after a fire broke out.

Battalion Chief Jed Peters of the West Valley City Fire Department said firefighters were called to apartments near 2200 West and 3100 South around 2:30 a.m.

Decker Lake Drive was closed in the area for several hours but has since reopened.

The blaze spread to all eight units of one building and residents in the complex were evacuated. They sought shelter at a church across the street.

One couple was trapped in an apartment on an upper floor but evacuated safely after responders pulled a police car alongside the building to help them get down.

There were no reports of serious injury.

Crews extinguished the fire, but doing so caused flooding in an adjacent building with another eight units.

Between the fire and water damage, residents in 16 units are out of their homes Monday. The Red Cross has responded to assist those who were displaced.

The damage to the complex is estimated to be more than $1 million.

The cause of the fire has not yet been determined.