19 sickened after exposure to pepper spray at Park City High 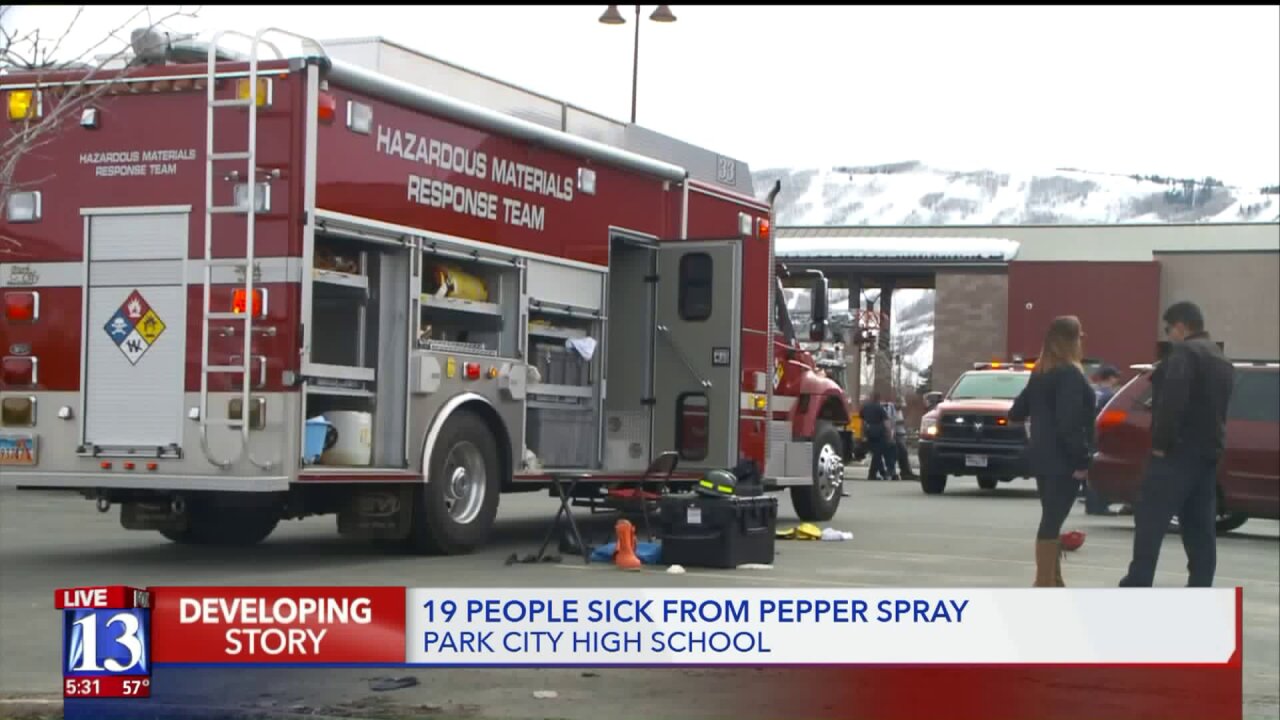 “Some complained of lingering burning sensation in their lungs,” Hazelrigg said.

The incident was first reported as a gas leak around 2 p.m., after school had let out for the day. Members of the faculty and some remaining students evacuated the building.

Fox13 spoke to one of those students, 15-year-old Jesse Helton. He felt needle like feelings in his lungs when he walked into the school.

“A bunch of kids were like crying and coughing and all of a sudden I turn the corner I took a deep breath in and that’s when it hit me. It felt like chlorine was in my throat, bunch of needles.” Helton said.

A school resource officer who assessed the situation determined there wasn’t actually a gas leak.

“UPDATE on HazMat situation: just a little while ago school faculty received information from a student confessing to releasing pepper spray in the school,” a tweet from PCFD said.

Emergency medical workers transported one of the 19 people affected to a hospital.

Classes will resume at the school on Tuesday.