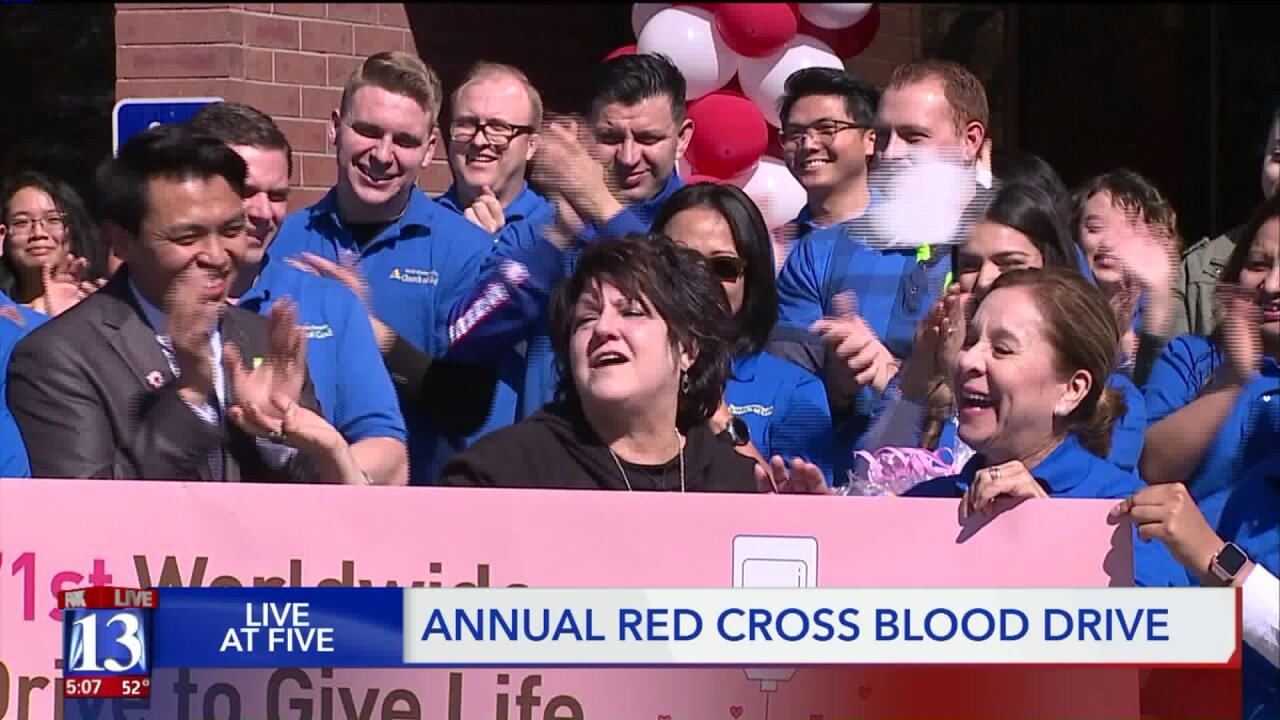 SALT LAKE CITY -- A local church teamed up with the American Red Cross on Sunday to put on a blood drive that will help out hundreds of patients across Utah.

Members of the World Mission Society Church of God chanted “We love you!” to show the American Red Cross how thankful they are to have the opportunity to work together.

Mike Ashworth, who drove from Idaho Falls to participate, said he was hoping to pay back the favor.

“My brother had been in a situation when I was young. He was in a serious motorcycle accident and was hospitalized for many weeks,” Ashworth said. “My wife too, she was in a situation after giving birth where she needed blood.”

Others said they were inspired by tragedy.

“Well I think after 9/11… that was kind of the catalyst,” Bill Rogers said. “After that I said, ‘Well I’m just going to do it. I’m not going to worry about the pain or the inconvenience… It’s just something that I feel like I should do even though I hate giving blood, I’m terrified of needles.”

Sherri Van Bibber, who now works for the American Red Cross, said she still thinks back to when she needed blood because of a mistake in surgery.

Representatives with the American Red Cross said most people donate when they see a catastrophe on the news, but blood only has a shelf life of 42 days. That’s why they say, even in the middle of a quiet spring, we can’t forget about the other people who need us.

“We just try not to wait until an emergency,” Van Bibber said. “Only three percent of our state donates, so that’s why people get calls, because we don’t have that many people donating.”

The church is organizing another blood drive later this year, in June.