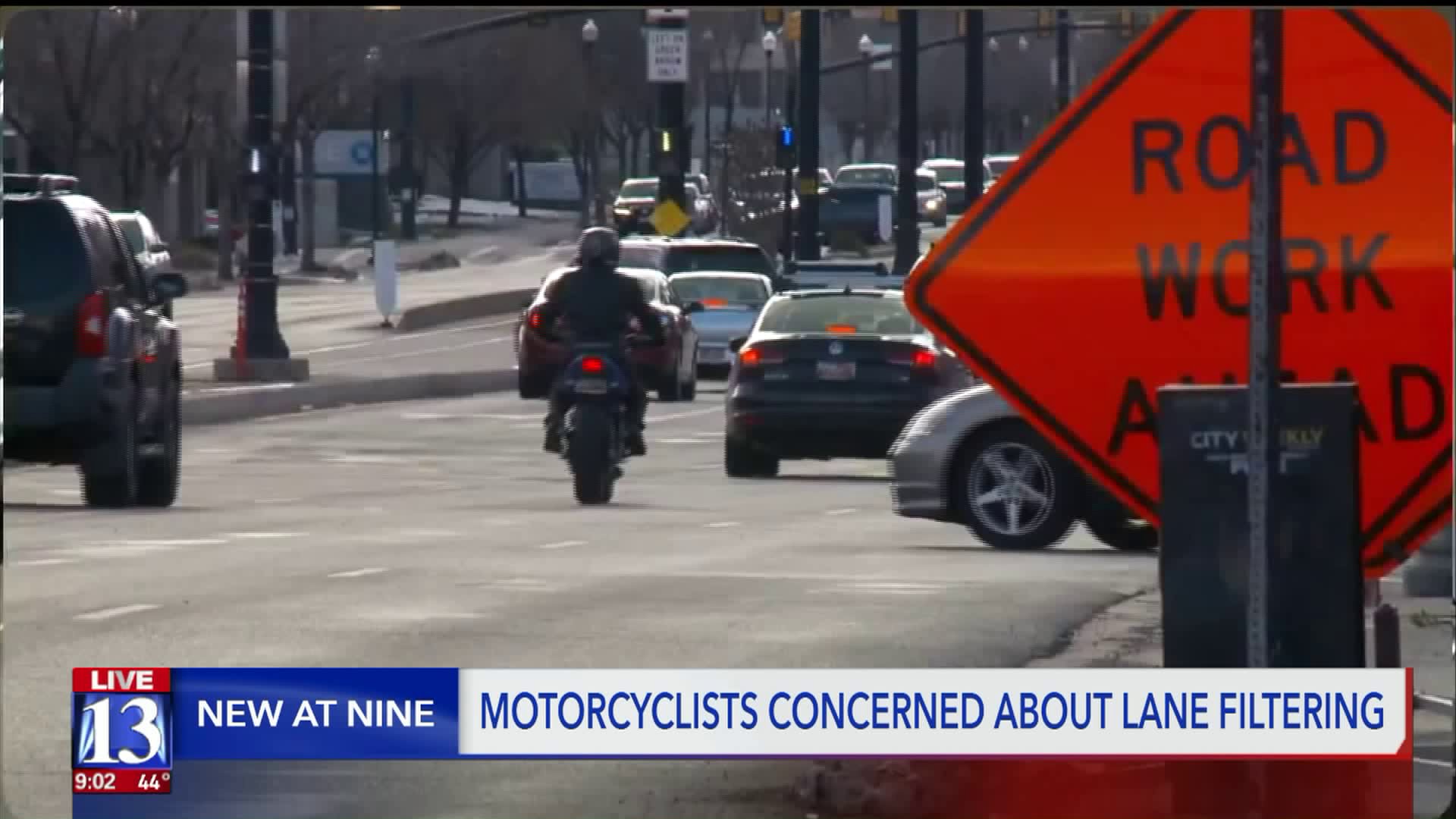 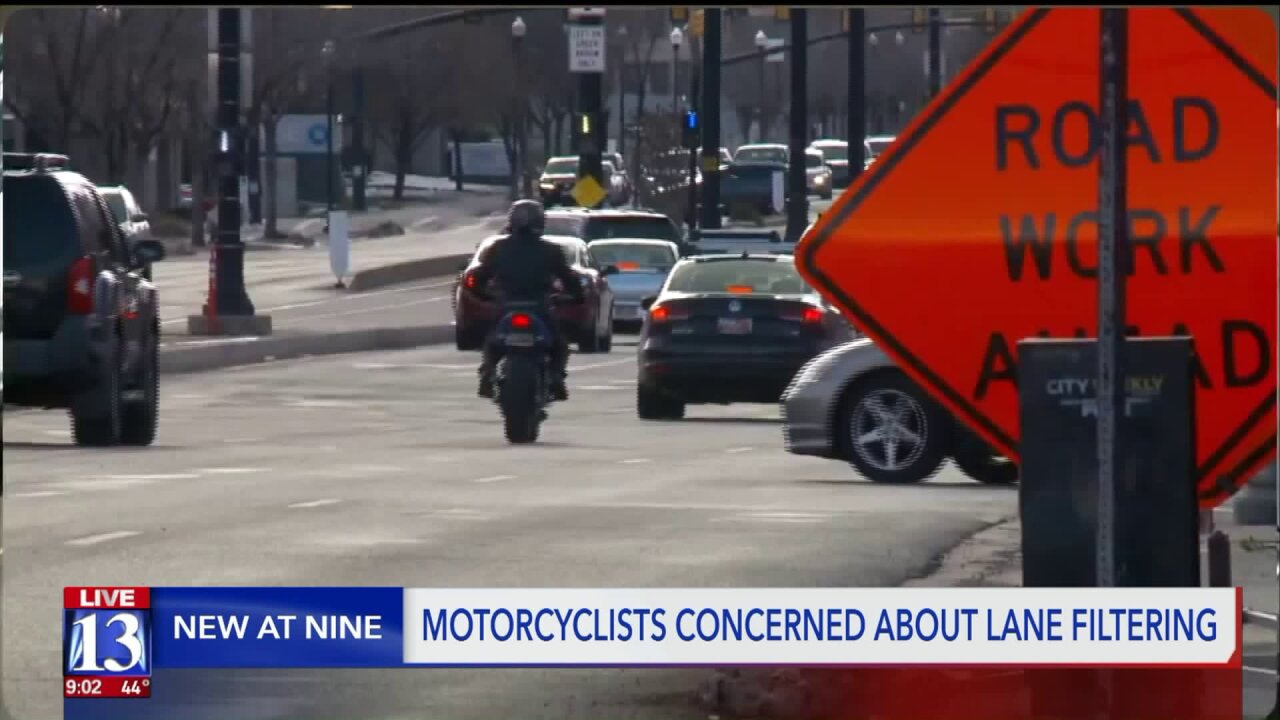 SALT LAKE CITY, Utah — A new law, allowing motorcycles to go in between cars stopped at lights to the front of traffic on certain city streets, is prompting concerns for some motorcyclists over how Utah car drivers will respond.

In about six weeks, motorcyclists in the state of Utah will be able to 'lane filter.'

“I am excited about it, I’m also a little bit nervous about it,” said Eric Porter, the road captain for the Salt Lake Motorcycle Club.

The safety practice, allows motorcycle riders to go in between cars stopped at lights on certain streets. Riders can go straight to the front of the stopped cars and then get out in front of traffic when the light turns green.

“People are going to basically look at it like, ‘well, they get to butt in line’ and that’s correct, they do,” said Sergeant Nick Street with Utah Highway Patrol.

“But recognize, at some point it’s going to help the traffic flow better because they are no longer occupying a vehicle space,” Street added.

Like it or not, lane filtering is coming to a lot of roadways near you. It will be allowed on any streets that have at least two lanes of travel in the same direction and a speed limit up to 45 miles per hour.

Utah Highway Patrol said the change is a reflection of growing safety concerns for motorcyclists, citing 1,288 motorcyclists involved in rear-end accidents from 2011-2017.

“They don’t have crush zones like cars, they’re not seat belted in," Street said. "What would just be cosmetic damage to vehicles can be a life altering injury to a motorcyclist."

The goal is to allow motorcycle riders to put themselves in a safer position where they are not exposed to on-coming traffic where they could be rear ended, and seriously injured or killed.

“When a motorcyclist is rear-ended by a car, it’s hard to survive that,” Porter said.

“It allows them to remove the danger from sitting in the back of a line of traffic,” added Porter.

Eric Porter has been involved in one accident on his bike in the past.

“It’s really scary, time slows down it seems like and it just feels like you have no control of the situation."

Porter said he is excited to start lane filtering. However, his concern isn’t for the practice, it’s for Utah drivers.

“We’ve been taught since kindergarten to line up in a single file line and now we’re going to expect everybody to go from what they’ve known, to change that completely,” said Porter. “A lot of people aren’t going to be used to it and I’m just concerned with the road rage that can come from that.”

Motorcyclists can legally start lane filtering on May 14.

The law is on a trial basis and will grandfather out in three years. Utah Highway Patrol said if the law is effective and drops accident statistics, it could then be implemented permanently.