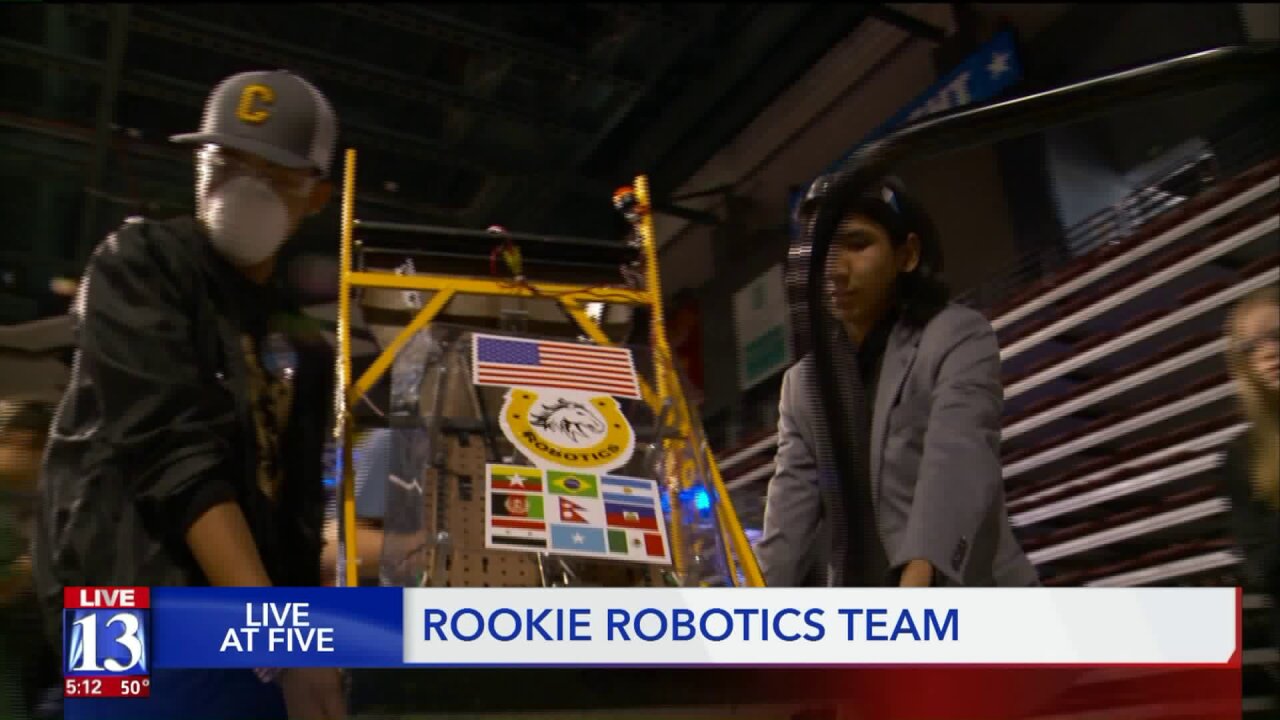 What makes this rookie team special? They’re all refugees.

They came from Afghanistan, Brazil and Asia and are all at the competition for a common cause.

“We are working so hard right there to set the robot and get everything ready, so we can rock it,” said one student from Brazil.

It took six weeks to build their robot and for some of the students on the team, that’s about how many months they’ve been in the U.S.

Rachel Arlen said there isn’t any discrimination between the teammates because they’re all proud of the robot they’ve built together.

“It works even better than other teams that have done this before so we’re proud of that too,” Arlen said.

After going through and passing height and weight inspections, Arlen and her team's robot is then taken to the floor where the competition begins.

“I like just to see how we do,” Arlen said. “Even if we just get one thing done, we’re all proud of that because we’re the rookie team this year and we didn’t think we’d be able to do much.”

They call themselves the “rookies” from Cottonwood High School, but their coach see’s so much more.

“Looking at a lot of opportunities that are waiting for them and they just need to start reaching them,” said Yuri Perez, one of the team advisors who teaches math at Cottonwood High School.

The competition marks just the beginning for some of these students in achieving their dreams of becoming engineers, scientists and more.