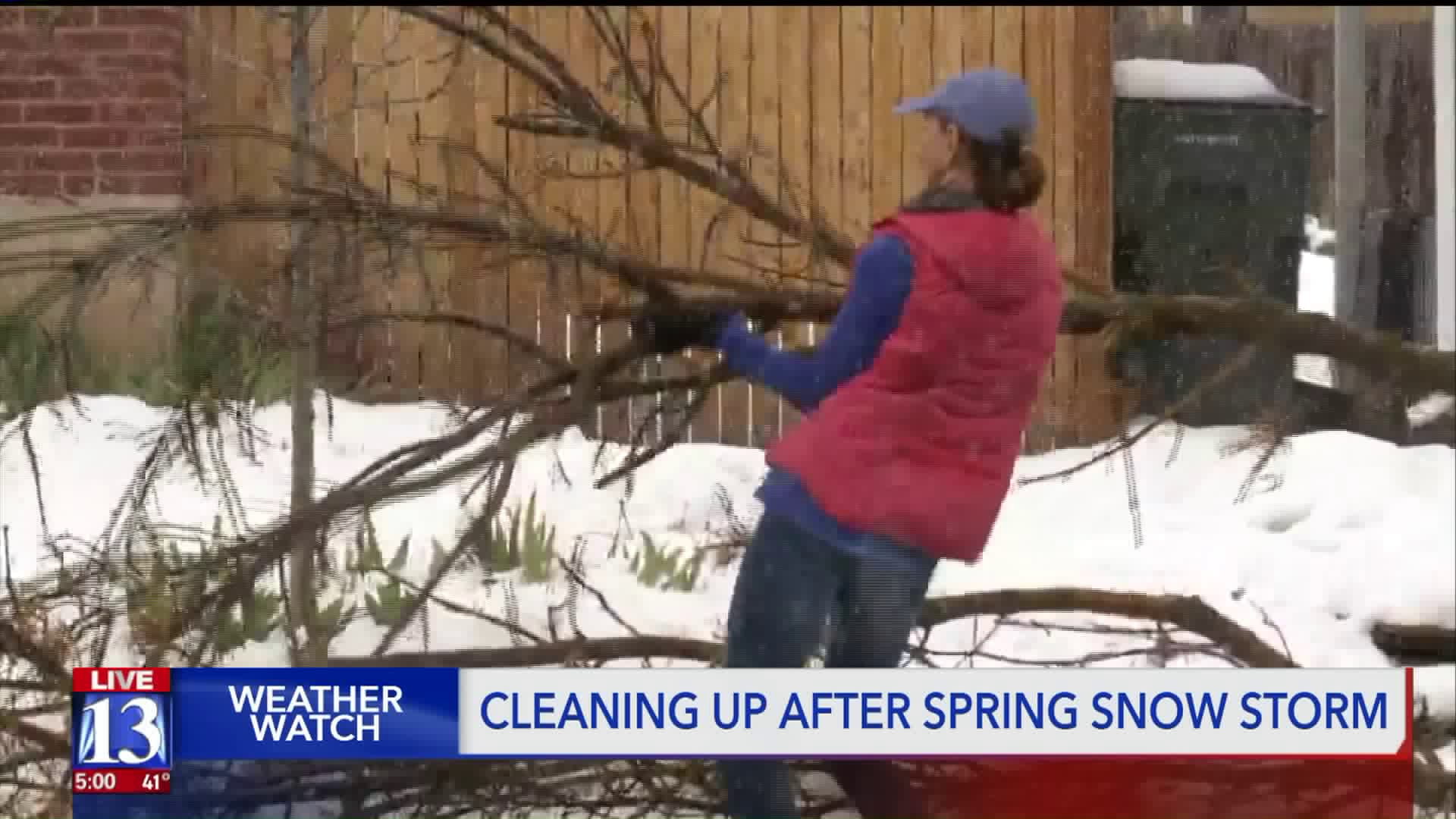 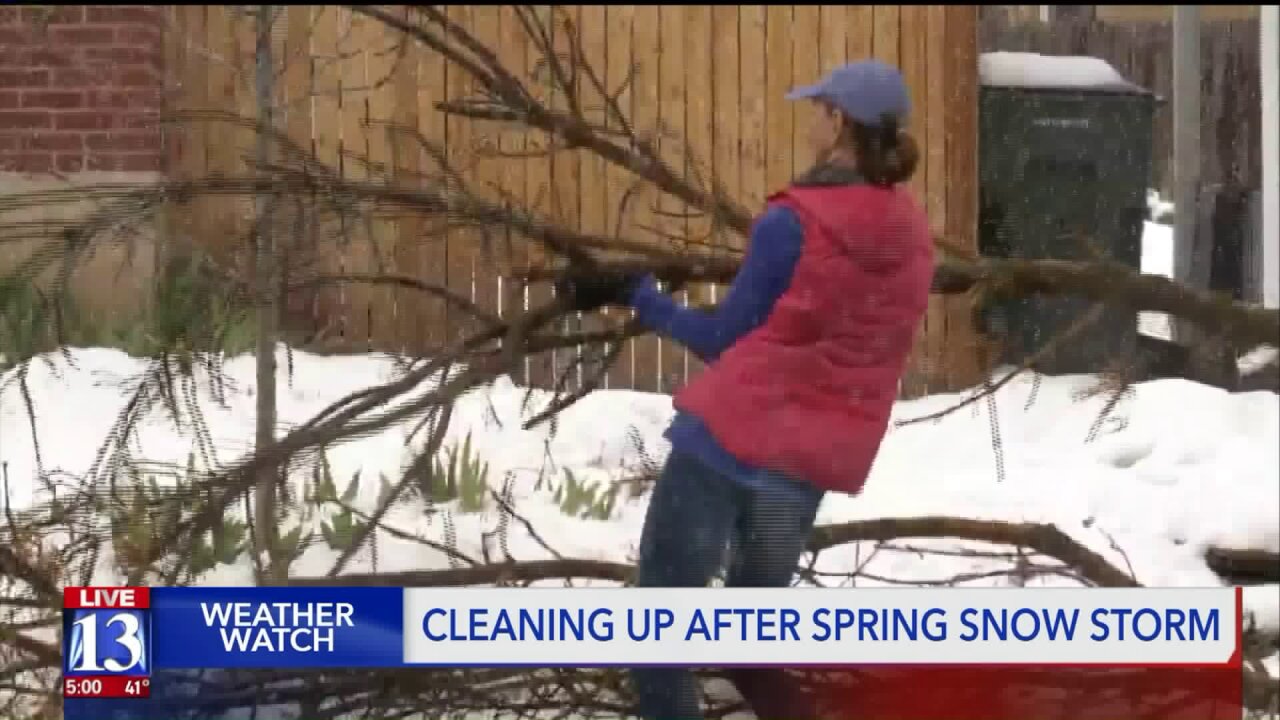 SALT LAKE CITY – People all over the Wasatch Front are still cleaning up after Thursday night’s storm.

Tree branches are covering yards and streets all over the city and it could be a few days before crews clean up everything.

One homeowner in the Sugar House area told us she woke up to a tree branch lying across her car.

“It just shattered out the back window and my husband came and cleaned out all the glass already,” Trish Layton said.

Layton says she contacted her insurance company, which said her car is totaled.

The Division of Urban Forestry says they are working on a large volume of high priority cases at this time and it may take through the weekend to get to all of them.

As for the cases that aren’t considered high priority, it may take a week or so for the Division of Urban Forestry to get to.

Tony Gliot, the Division Director of Urban forestry, said this is one of the more severe storms that we’ve seen in the last decade because of the widespread nature of it.

If you do have an issue with a downed tree in the road or on the sidewalk, you can call the Division of Urban Forestry at 801-972-7818.

The city says more tree branches are expected to fall, so they are asking everyone to be aware of their surroundings.