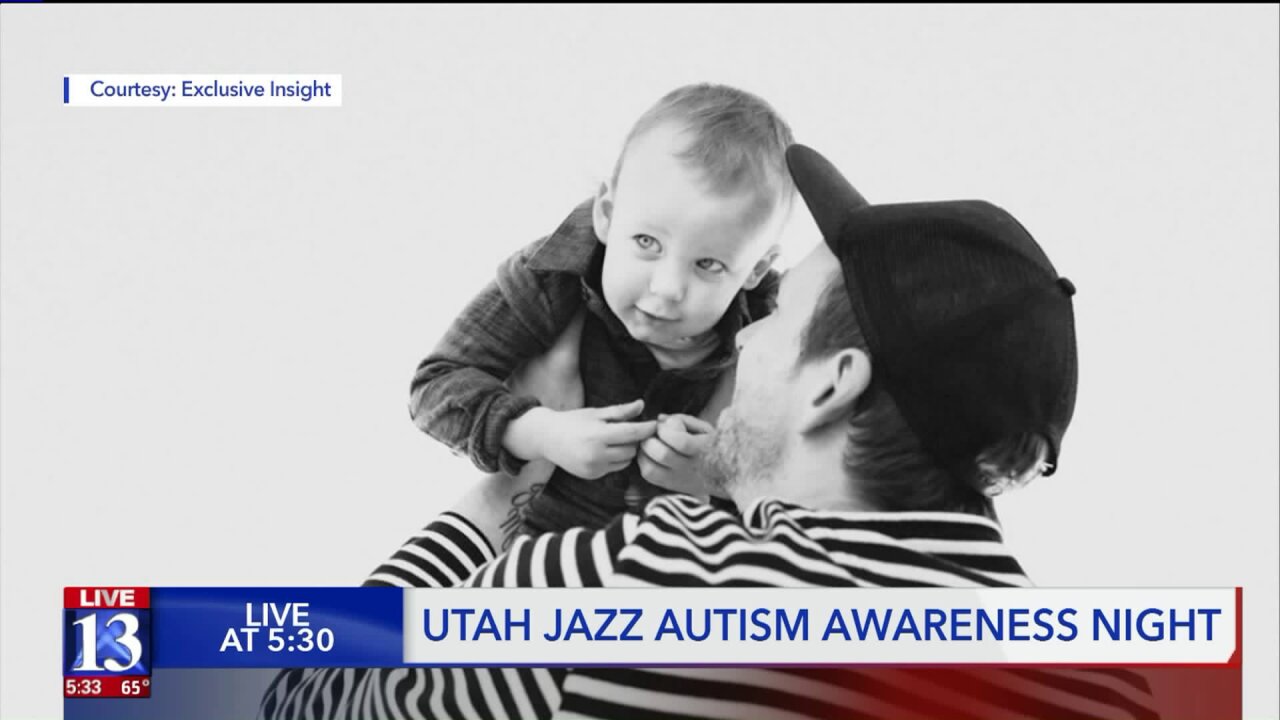 This game is a special one for Jazz player Joe Ingles, as he and his wife Renae recently found out their 2-year-old son Jacob has autism.

“We felt like we were coping really well once we found out Jacob’s diagnosis and were just ticking the boxes and doing what we had to do but as soon as it actually went public and we found a way we wanted to announce it, I got my husband back, I don’t think we sort of realized he had this weight on his shoulders and same for me,” Renae said.

Joe and Renae say Jacob has therapy most days but they try to keep each day as normal as possible for Jacob and his sister Milla.

And now that they have a routine, Joe and Renae want to spread awareness about autism.

Tonight’s game against the Lakers is all about spreading awareness and raising money for autism.

Fans will also be able to donate to a fund that provides specialized therapy, sensory spaces and including community programs for individuals with autism by texting JAZZDONATE to 44-321.

Prior to tipoff, 22 youth with autism will stand with members of both teams during the national anthem.