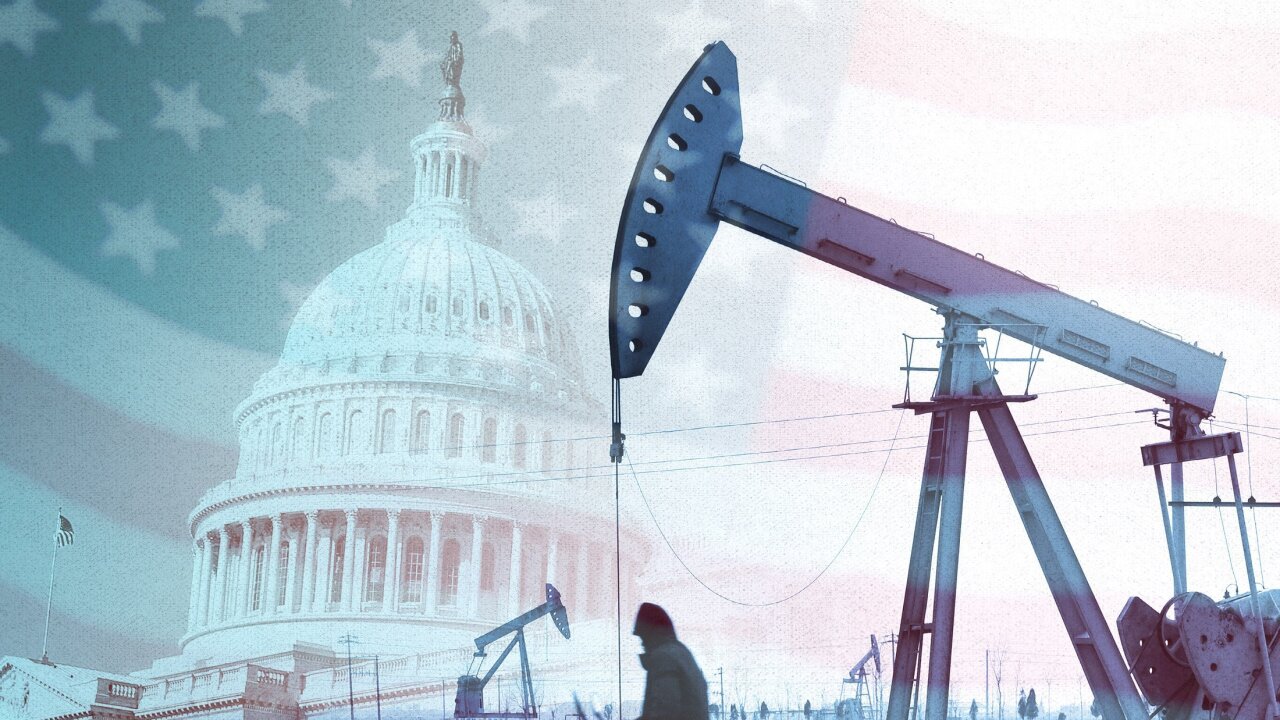 Move over Russia and Saudi Arabia. America has reclaimed its throne atop the oil world.

The recent government shutdown cost the US economy billions of dollars, but one industry largely dodged its worst effects — the industry previously represented by the Interior Department’s acting secretary David Bernhardt.

In contrast to other shutdowns in recent decades, the department’s Bureau of Land Management continued to process applications from oil and gas companies to drill on public land as other offices remained closed, which environmentalists and some former BLM employees argue reveals a bias that favors the energy industry.

During the 35-day government shutdown, the BLM approved 267 onshore drilling permits and 16 leases applied for by oil and gas companies, the agency said, a number far greater than previously known. Two of Bernhardt’s former clients were among the range of companies that submitted the approved applications.

Environmentalists charge that because BLM did not recall all of its employees during the shutdown as it continued to approve applications to drill, some environmental concerns associated with the proposed drilling projects could have been overlooked or ignored.

Some members of Congress, including Rep. Raul Grijalva, the Democratic chairman of the House Natural Resources Committee, questioned whether the processing of drilling applications during the shutdown violated the Antideficieny Act, which says government agencies should only recall employees necessary to protect life or property during lapses in funding.

“In every shutdown prior, the Interior Department actually shuts down, and approving oil and gas drilling permits is not an essential government function,” said Aaron Weiss, deputy director of the Center for Western Priorities, a conservation group that has tracked the permit approvals through records requests. “There’s no reason these permits couldn’t have waited until after the shutdown, but (Bernhardt) wanted to get them out the door anyway.”

Shortly after the shutdown ended, Bernhardt defended the agency’s actions.

Interior declined CNN’s request for an interview, and BLM would not elaborate on Bernhardt’s statement regarding safety.

In a statement, the agency said that non-appropriated funds and funds generated from fees enabled some agency officials, including those who process permit applications, to continue working during the shutdown in compliance with all legally required steps.

“We had a legal and ethical obligation to continue this work, especially since halting would have increased the hardships borne by our people and the communities that depend on energy production for jobs and economic development,” the agency statement said.

Steven Ellis, a former BLM career official who became deputy director of operations during the Obama administration, said he didn’t understand that justification. He said during the 2013 shutdown, the agency stopped issuing drilling permits.

“Our position was, we’re not funded by Congress, so we were not processing leases and permit applications,” Ellis said. “Now, the nation is drowning in oil, so what was the urgency here?”

A memo issued by BLM during the Obama administration stated that even though it receives funding from permit applications, employees who process permits depend on “management and support needed from regular appropriated accounts” that would not be available during a shutdown, and therefore those employees should not work.

A March 2018 memo reversed that and said as many as 800 employees could work during funding lapses, including employees who work on “permit activities for which the Bureau charges a processing fee.”

About two weeks into the recent government shutdown, after Ryan Zinke resigned as Interior secretary and Bernhardt took over as the department’s acting head, BLM issued an updated contingency plan that estimated as many as 1,760 employees could continue to work.

Kathleen Sgamma, president of the Western Energy Alliance, which lobbies for the oil industry, told CNN her organization did not raise concerns about safety with BLM but that energy companies within her organization’s network did initially express concerns about the shutdown’s potential effects on production.

She said BLM’s processing of already-submitted permits during the shutdown helped prevent companies’ rigs from stalling and generated revenue for the government.

Among the companies that submitted applications approved during the shutdown was Bernhardt’s former client Noble Energy, a Houston, Texas-based oil and gas company, which received approval in January for four permits to drill in the Pawnee National Grassland in northeastern Colorado, according to documents.

The US Forest Service webpage describes the Pawnee grassland as a unique environment that supports bird species, especially during migration, including Colorado’s state bird the lark bunting. (While the Forest Service manages the grasslands, BLM is responsible for the underground minerals.)

Brian Rutledge, vice president of the National Audubon Society, a conservation organization, said the permits approved for Noble Energy will add to the deterioration of the grasslands, where BLM has leased tens of thousands of acres to various companies for oil and gas development since 2015.

“Our responsibility is these great western lands. It’s not whether or not gas and oil is hitting their profit margin,” said Rutledge, who questioned how BLM could ensure all environmental concerns were addressed for permits issued during the shutdown if much of the agency’s support staff, such as biologists and geologists, were furloughed.

Noble Energy said in a statement the company has not had any interaction with Bernhardt since he joined Interior and that the permits approved in January cleared BLM’s environmental assessment before the shutdown.

A Samson Resources Company spokesperson said the company did not communicate with Bernhardt regarding permits during the shutdown, and that after Bernhardt stopped representing the company in 2013, it changed ownership and reorganized.

In addition to BLM, the Bureau of Ocean Energy Management recalled employees during the shutdown to work on sales of land for oil and gas drilling purposes in the Gulf of Mexico.

CNN previously reported that since Bernhardt joined Interior in 2017, the agency has made at least 15 policy changes, decisions or proposals that would directly benefit Bernhardt’s former clients, and that in each case, the past clients shared comments or requests that the department’s actions have granted or aligned with. A spokesperson for Bernhardt said in a statement that he has fully complied with his recusal agreements.